Posted By: Cointelegraph By Marcel Pechman November 9, 2020 As Bitcoin ( BTC ) blasted through the $14,000 level its market capitalization surpassed the monetary base of the Russian ruble .This measure includes both physical currency and bank reserves, both of which are usually held by a country’s central banks. Bitcoin market price inferred to… 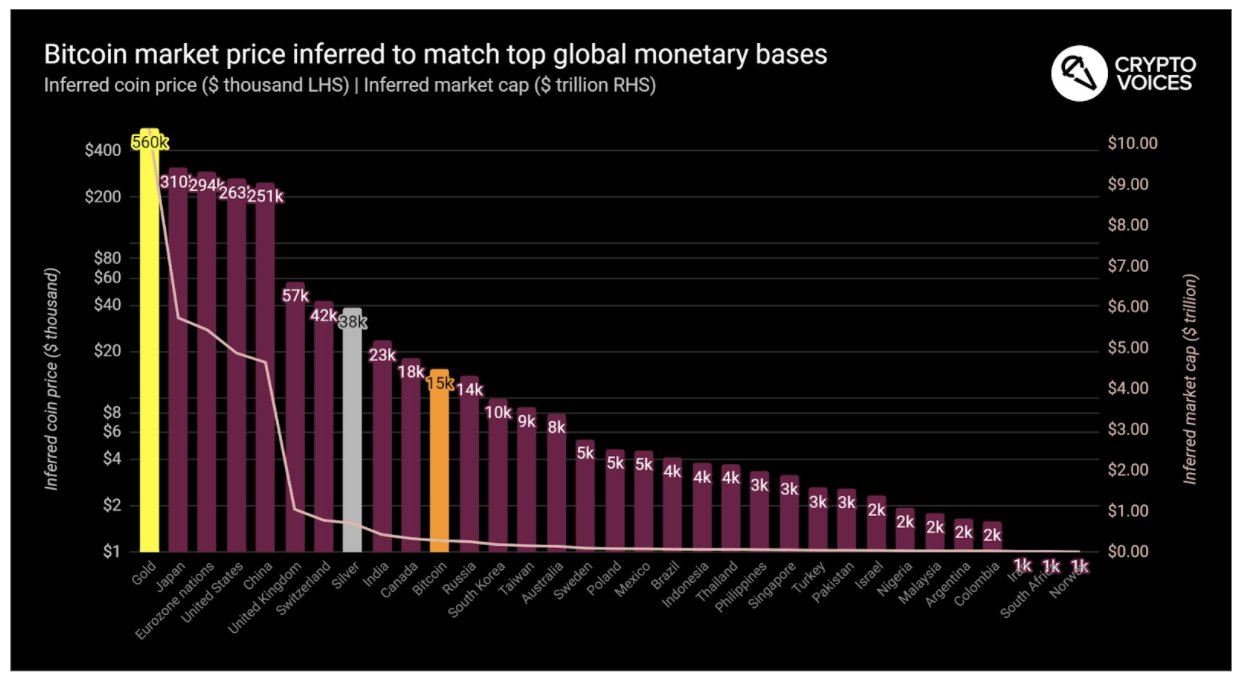 Posted By: Cointelegraph By Marcel Pechman November 9, 2020
As Bitcoin ( BTC ) blasted through the $14,000 level its market capitalization surpassed the monetary base of the Russian ruble .This measure includes both physical currency and bank reserves, both of which are usually held by a country’s central banks.
Bitcoin market price inferred to match top global monetary bases.Source: Crypto Voices
The above chart may seem complicated at first glance, but it simply compares gold, silver, Bitcoin, and the remaining global monetary bases.We can see that the U.S.has $4.9 trillion physical notes, coins, and bank deposits parked at the Federal Reserve.

By dividing this number by the current 18.5 million outstanding BTC, we reach the $263K stated above.
In order for Bitcoin’s market capitalization to match the U.S.

base money figure, the price would need to surpass $263,000.Although this might seem far-fetched, BTC has already eclipsed multiple sovereign currencies like the Brazilian real, the Swedish krona, and the South Korean won.
This move is no small feat for a cryptocurrency that is only 11 years old.

According to Fernando Ulrich, the economist behind Crypto Voices, the top 30 base money competitors cover 95% of GDP.Aside from the Euro covering many countries, some of the top 113 peg their currencies to the U.S.dollar.
Researchers at Crypto Voices concluded that:
“So far, the money monopoly ‘works’ for Central Banks, and for their governments.It’s virtually costless: fiat has proven to be nearly ‘unconstrained’ by the market value of gold.”
The researchers elaborated by saying:
“As for #bitcoin, if and when it becomes large enough to be on that chart, and / or held by central banks, then and only then will we have any idea as to what bitcoin ‘costs’ central banks.”
Some might interpret the analysis as bearish, but it’s actually the opposite.
The researchers at Crypto Voices infer that, so far, central banks and governments have maintained their ability to print money regardless of their gold holdings.

Therefore, there is no pressure to seek a new “gold standard” or anything remotely similar.
As the researchers perfectly summarize, inflation depreciates fiat currencies little by little.This caused Bitcoin to surpass a number of currencies as they succumbed to excessive printing.

In fact, 2020 had the most extensive global base money expansion ever registered.
Fiat base money supply.Source: Crypto Voices
As clearly shown above, the global money supply increased by $5.5 trillion in 2020.

That’s a 28% expansion, while Bitcoin has kept its halving calendar, cutting its issuing by 50%.Looking forward
The big question on the minds of investors is will Bitcoin’s stock-to-flow model prevail? According to some critics, there are several flaws in the assumption that BTC will reach $100K and higher in 2021 and beyond.
The ruble has fallen, as have many other sovereign currencies so now all eyes are on the Canadian dollar.As shown in the fiat base money supply chart, the Canadian dollar’s base money stands at $335 billion which is equivalent to an $18,000 Bitcoin price.
The views and opinions expressed here are solely those of the autho r and do not necessarily reflect the views of Cointelegraph.Every investment and trading move involves risk.

You should conduct your own research when making a decision.. 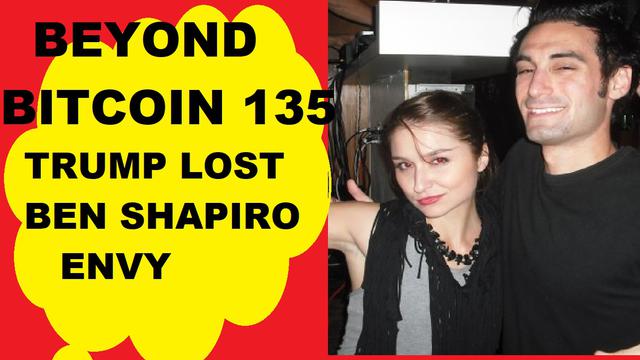