Some 4.2 million Americans quit their jobs in October as churn in the labor market continued to mark the economic recovery nearly two years into the pandemic, according to a report released today by the Bureau of Labor Statistics. The number of people who left jobs for other opportunities in October made up 2.8 percent… Some 4.2 million Americans quit their jobs in October as churn in the labor market continued to mark the economic recovery nearly two years into the pandemic, according to a report released today by the Bureau of Labor Statistics.

The number of people who left jobs for other opportunities in October made up 2.8 percent of the workforce, the BLS said in its monthly Job Openings and Labor Turnover Survey .In contrast, the survey found 11 million job openings, only slightly less than the record from July.A record 4.4 million Americans quit their jobs in September .Workers took advantage of the surge in job openings across the country.August’s numbers, at 4.3 million, were also a record at the time .In contrast, in February 2020, before the big wave of pandemic-related layoffs began, 2.3 percent of workers quit their jobs — underscoring that the October data remains extremely elevated.“This report once again shows strong demand from employers leading to a hot labor market,” Nick Bunker, an economist at Indeed, wrote Wednesday.

“The bargaining table is tilted more toward workers than it has been in the past.… The question now is whether the omicron variant cools down in the labor market.” The industries where workers quit the most The high quits numbers are a reflection of what is perhaps the most worker-friendly climate in decades, as workers have the ability to sort through near-record levels of job postings, and many employers are hungry to hire.

Many employers have moved to raise wages or offer generous signing bonuses to attract employees.But there are catches: While average wages have gone up significantly in the last year — 4.8 percent, according to the BLS — price increases from inflation have largely wiped out the significance of those gains for many people , at least so far.Child and family care pressures stemming from the pandemic continue to be an issue for many people.And in-person work — particularly jobs that rely on interaction with customers or large numbers of people — remains complicated by public health concerns amid waning vaccination rates and the stubborn refusal of many people to adhere to covid-19 restrictions.U.S.workers are about to see their biggest pay increase in more than a decade Industries with the highest level of employees leaving are those that have been affected the most by the pressures of the pandemic, including accommodation and food services, with 6 percent of workers quitting in October.In retail, 4.4 percent of workers quit.In arts, entertainment and recreation, another 3.8 percent of workers quit.Some 803,000 people quit their jobs in accommodation and food services during the month, according to the survey.The rates decreased for most industries compared with September’s record numbers.

But they did increase in state and local employment, professional and business services, real estate and rental leasing, and mining and logging.Overall, the ratio of unemployed workers to job openings hit a new low in October — a striking reflection of how tight the labor market is.“The hot market for hires has been driven in large part by the extraordinarily large and fast rise in demand,” Bunker said.

“Given that the rise in openings in this report was likely due to a waning of the latest wave of the pandemic, the question now is whether the omicron variant cools down in the labor market.”Labor market growth has been strong this year, but the high levels of people quitting is another sign of how sharply the normal rhythms of the labor market have been disrupted.The unemployment rate fell to 4.2 percent in November, approaching February 2020′s 3.5 percent rate, but there are still about 4 million fewer people employed now compared with February 2020.Economists have been encouraged by the steady growth this year, as the country has been adding about 550,000 jobs a month so far.But a slower-than-expected month of growth in November and concerns about a worsening public health picture has raised fresh worries about a potential setback to the labor market’s recovery.Restaurant reservations have trended downward in recent weeks, according to data from OpenTable .And according to a recent poll from Gallup , some 45 percent of households are being hurt by price increases.Factors such as these could accelerate the number of people who leave their jobs and look for better pay.Still there have been many positive signs recently.

New weekly unemployment claims have fallen steadily over the course of the year, reaching pre-pandemic levels.The trade deficit narrowed in October, and consumer spending rose at its fastest pace since March, according to the Commerce Department.Those markers had many analysts revising upward their expectations about economic growth in the final three months of 2021..

Fri Dec 10 , 2021
In 1991, there were few bigger names in show business than Michael J.Fox.Millions around the world knew him for his work in the "Back to the Future" films, and the TV series "Family Ties." But away from the success and celebrity of Hollywood, he was about the begin the biggest fight of his life. Fox… 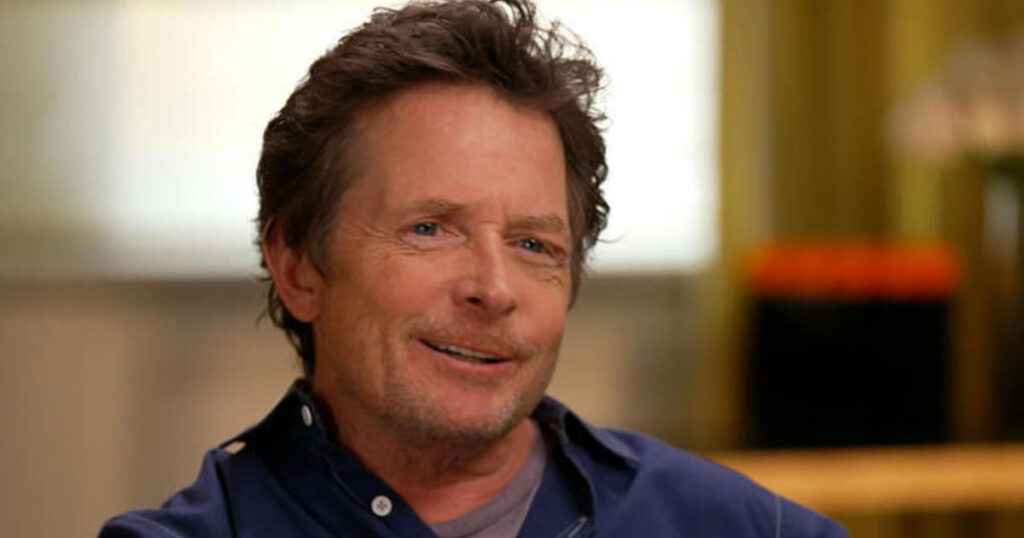