Alberta Health said Wednesday it confirmed 1,076 new COVID-19 cases in the last 24 hours out of 11,747 tests. There were 284 Albertans in hospital with COVID-19, a jump from 258 the previous day. There were 59 patients being treated in ICU, up two from Tuesday. Read more: Alberta doctors call for mandatory vaccination of… 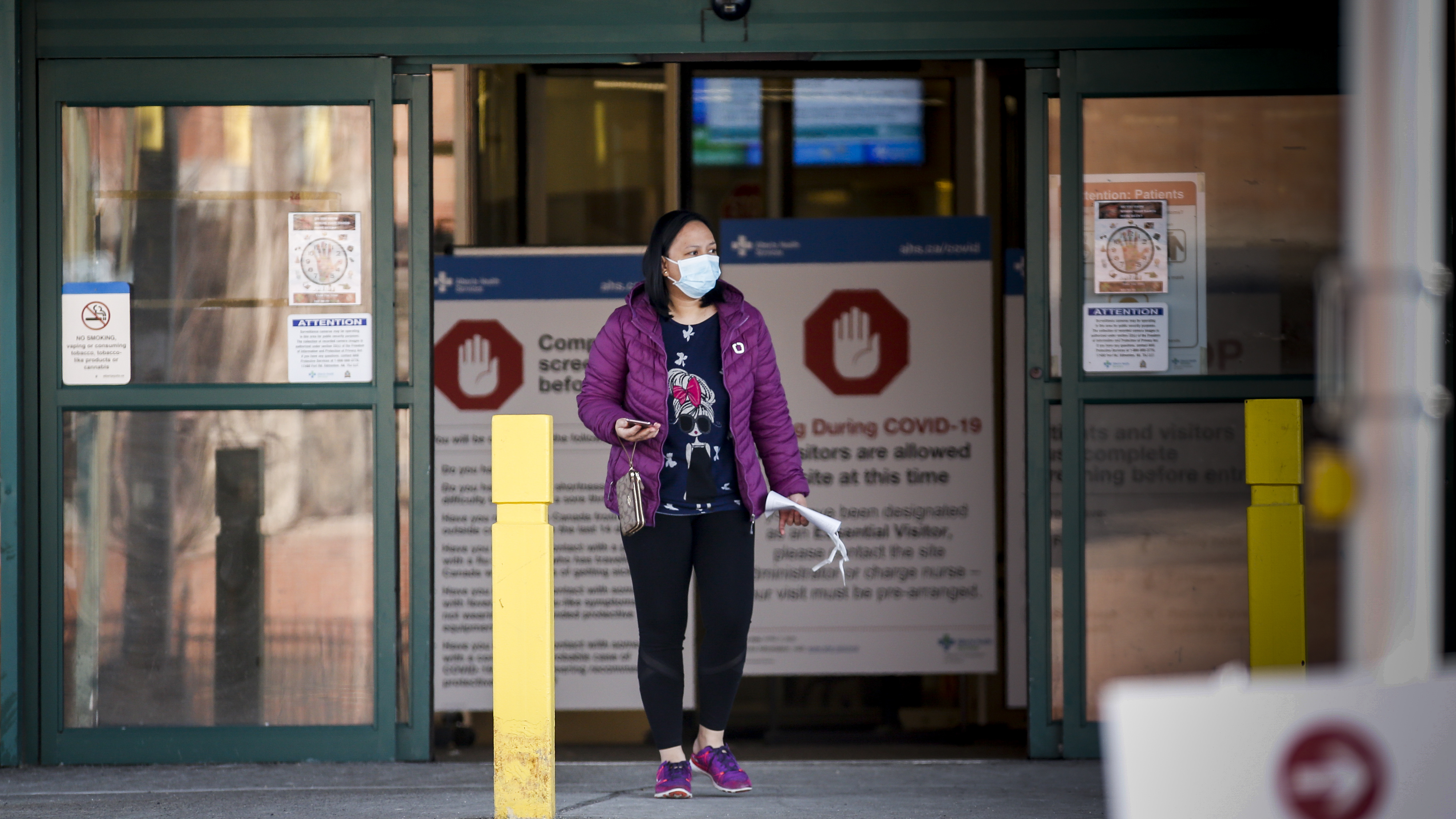 There were 284 Albertans in hospital with COVID-19, a jump from 258 the previous day.

There were 59 patients being treated in ICU, up two from Tuesday.

One COVID-19-related death was reported to Alberta Health in the last 24 hours, putting the provincial death toll at 2,356.

There were a total of 8,496 active COVID-19 cases across the province as of Wednesday.

“Having both doses of vaccine has shown to be very effective at protecting us and our families from COVID-19,” Dr.Deena Hinshaw wrote.

“Here in Alberta, we are seeing up to 93 per cent effectiveness against variants of concern for those who are fully vaccinated.”

Story continues below advertisement You can book a free vaccine appointment on the provincial website .

‘Doubling faster than the third wave’ Medical and infectious disease experts are voicing concerns about the latest rise of cases in Alberta.

According to University of Calgary developmental biologist Dr.Gosia Gasperowicz, the growth of new cases in the province is now exponential and set to double every two weeks.

Tweet This Click to share quote on Twitter: “Doubling every two weeks means it’s doubling faster than the third wave,” Gasperowicz said.Compared to one month ago, active cases have risen 963 per cent from 799 on July 23 to 8,496 on Wednesday.

Hospitalizations have also risen more than 200 per cent.

Double immunizations have also increased by eight per cent.

Alberta Medical Association president and intensive care specialist Paul Boucher noted more patients are in hospital with COVID-19 — most of whom are unvaccinated.

“What’s really different than the earlier waves is — because we’re not in a lockdown and a slowdown of other things — we’re quite busy with the usual things you see in intensive care,” Boucher told Global News.

Story continues below advertisement According to Alberta Health Services, Calgary’s ICU is operating at 71 per cent capacity, with 77 open beds.

In Edmonton, there are a total of 73 beds.

A spokesperson from AHS said additional beds would be added if and as required, but there is currently a “good flow and capacity” in critical care centres.

Story continues below advertisement According to data from Alberta Health, the North zone had the highest positivity rate on Wednesday at 19.6 per cent after registering a rate of 25 per cent on Tuesday.

Calgary’s positivity rate remains the lowest at 6.42 per cent.

Data from Covid19tracker.ca shows that as of Aug.

23, Alberta’s North zone had the lowest percentage of fully vaccinated people at 44 per cent followed by the Central zone at 46.6 per cent.

Outside of Calgary and Edmonton, the hot spots for COVID-19 cases in the province include Banff, Medicine Hat, Red Deer and Grande Prairie.

“When we look at other infectious viruses such as measles, we know we need vaccine rates up above 90 per cent,” Dr.Jenne said.

“If we compare where we are today with this vaccine, we are well short of that, so we need to continue to get vaccine rates up.”

Tweet This Click to share quote on Twitter: “If we compare where we are today with this vaccine, we are well short of that, so we need to continue to get vaccine rates up.” According to Jenne, there are still one million Albertans without a shot of COVID-19 vaccine, and many of them under the age of 12 are heading back to school next week.

Story continues below advertisement “This is the highest number of cases we have seen in more than three months and all indicators are trending in the wrong direction.Another 26 Albertans were hospitalized in the last 24 hours alone.”

The Opposition is calling on the health minister and premier to answer questions and present a plan for fall.

“Jason Kenney declared the pandemic over, but he was clearly wrong.”

Tweet This Click to share quote on Twitter: “Jason Kenney declared the pandemic over, but he was clearly wrong.” “The UCP has to show up, admit their mistakes, release the modelling that was promised weeks ago, and present a credible plan to address rising cases and hospitalizations.”

The Opposition is pressing the province to release the data the UCP said informed its decision to lift further COVID-19 testing, tracing and isolation rules.The NDP is also calling on the government to take action to combat rising case numbers, hospitalizations and ICU admissions.

“With our health-care system under enormous strain and the situation deteriorating, (Health Minister) Tyler Shandro must come out of hiding and present his plan now that he is back from vacation,” Shepherd said.

Story continues below advertisement “The government of Alberta, meanwhile, is abdicating its responsibility, making everybody else do the work they should be doing.”

Tweet This Click to share quote on Twitter: “The government of Alberta, meanwhile, is abdicating its responsibility, making everybody else do the work they should be doing.” “It is not the job of the Alberta public to be public health experts in making these decisions,” Shepherd said.“We need leadership from our government.”

“Nearly 97 per cent of patients in the ICU are unvaccinated or only partially vaccinated, according to the latest data,” Steve Buick said.

“Vaccines remain the only sure way out of the pandemic.They protect us, our families and the wider community.”

Tweet This Click to share quote on Twitter: “Vaccines remain the only sure way out of the pandemic.They protect us, our families and the wider community.” He said the province has launched an Alberta-wide marketing campaign and incentive program to address vaccine hesitancy.

“She and Alberta Health are monitoring the trends closely in Alberta and other jurisdictions, and will bring forward any new advice to government if and as they see fit.”

Alberta and Saskatchewan said they are not planning to follow broad mask mandates announced this week by neighbouring western provinces.

Manitoba and British Columbia are reintroducing mask rules to arrest a rise in COVID-19 case numbers.

Both Alberta and Saskatchewan said that vaccination is the best, most effective route out of the pandemic and continue to urge residents who have not done so to get the two-jab protection.

Story continues below advertisement B.C.has brought back an order requiring people to wear masks in all indoor spaces, such as malls, grocery stores and on public transit.

— With files from The Canadian Press and Adam MacVicar

Queen 'never, ever talks about herself or complains', White House official tells

Sat Aug 28 , 2021
Queen seen speaking to world leaders at 1991 G7 reception James Rosebush, a Reagan White House official and founder of GrowthStrategy.us, penned a piece for Business Insider, in which he hailed Her Majesty’s gift of winning anyone over with her social skills.He has met with leaders of multiple countries as well as huge corporations but… 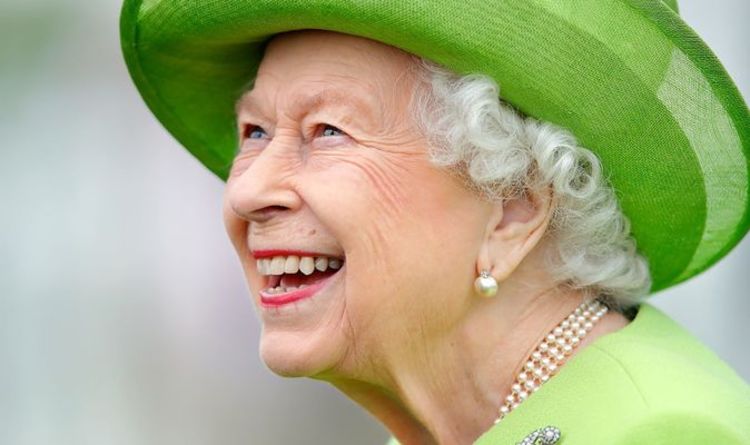