Democrats control Washington but President Joe Biden is staring at a wall of conservative power , accrued over years and wielded with a ruthlessness and zeal for rule-breaking that his own party has rarely matched.The President’s struggles to implement his strategy to protect US democracy and reshape the economy to help working Americans are hampered…

Democrats control Washington but President Joe Biden is staring at a wall of conservative power , accrued over years and wielded with a ruthlessness and zeal for rule-breaking that his own party has rarely matched.The President’s struggles to implement his strategy to protect US democracy and reshape the economy to help working Americans are hampered by divisions in his own party.But a wider battle is playing out — a generational struggle between conservatism and liberal activism that Biden appears to be losing, despite some early legislative successes, as the right’s hold on critical institutions of the US political system tightens.On Thursday, the new conservative Supreme Court majority, fresh from weakening the constitutional right to an abortion , dealt another devastating blow to Biden, striking down his Covid-19 vaccine and testing requirement mandates for big businesses.The decision completed a desperate day for the President after two Democratic senators rebuked his call to change Senate rules in order to pass voting rights legislation.The pair, Sens.Joe Manchin of West Virginia and Kyrsten Sinema of Arizona, were at the White House for last-ditch talks with Biden on Thursday night.Majority Leader Chuck Schumer later announced the Senate would take up the voting rights legislation on Tuesday, citing Covid-19 and an impending winter storm, which means the chamber will miss his self-imposed deadline of voting by the Martin Luther King Jr.

Day holiday on Monday.But unless those two moderates change their minds, Democrats will lose a chance to halt the other big current conservative power play — a nationwide effort by GOP-run states to make it harder to cast ballots and easier to steal elections, which is rooted in ex-President Donald Trump’s voter fraud lies.

A parallel effort to restore portions of the Voting Rights Act protections to racial minorities, gutted over the last decade or so by the Supreme Court, will also likely founder in another right-wing victory over democratic values.The latest demonstration of the extraordinary power the 6-3 conservative majority on the court could wield over Democratic presidents for years took place with Republicans already laying plans to eviscerate Biden’s White House next year.Certain they will capture the House at least in November’s midterm elections, some GOP lawmakers are raising the possibility of impeaching Biden, and planning withering investigations against top administration officials like Dr.Anthony Fauci.

The President’s son, Hunter Biden, could find himself called to testify before Congress, in what would be an agonizing moment for his father and evidence the GOP would use its possible majorities as an unfiltered tool of revenge for Trump.Meanwhile, the Republican who wants to be the next speaker, House Minority Leader Kevin McCarthy, offered his latest example on Thursday of the absurd political amnesia he is effecting to reinvent history and to cover up his criticisms of Trump over the January 6 insurrection, which he had delivered on the House floor a year ago on Thursday.McCarthy’s sycophancy reflected the hold over the party of the twice-impeached ex-President, in the House especially, which could make Biden’s political plight intolerable next year.And Texas Sen.Ted Cruz’s on-air humiliation at the hands of Fox demagogue Tucker Carlson — who seized on his comments that January 6 was a terrorist attack — showed the extent to which the extremist propaganda media machine behind Trump and his authoritarianism has the power to forcibly radicalize Republicans who want a future in the party.In another sign of the right’s readiness to use its power to further rupture the traditions of democracy, the Republican Party signaled Thursday that it would force presidential candidates to refuse to debate under the auspices of the Commission on Presidential Debates without major revisions.In 2020, the Trump campaign released a list of potential debate moderators that included several who have since amplified his election fraud lies.

There was a mini-revolt among GOP senators this week in support of Sen.Mike Rounds of South Dakota, who had committed the cardinal sin of pointing out the truth that Biden actually won the 2020 election.But Trump apologist and South Carolina Sen.

Lindsey Graham warned his longtime friend , Senate Minority Leader Mitch McConnell, that he must find a way to work with the ex-President.

It’s no secret the Kentucky Republican dislikes Trump, though he tolerated — and sometimes enabled — him between 2017 and 2021 to advance his own conservative goals.Conservative Supreme Court checks Biden’s pandemic plans Video: The case against a 2024 Hillary Clinton candidacy (CNN) Britain’s MI5 warns lawmakers of Chinese influence GOP fake elector scheme shows new level of disrespect for U.S.voters: election official ‘Outside of its competence,’ right=wing Supreme Court blocks Covid protections for workers Oath Keeper seditious conspiracy indictment describes a threat beyond January 6th Dr.Makary on SCOTUS block: A mandate designed for a different virus New docs shed light on Trump-era crypto policy RNC threatens pullout from Presidential debates Biden wants insurers to pay for Covid-19 tests A gift to Vlad First sedition charges filed in Capitol attack Rep.Stevens on Marjorie Taylor Greene’s ‘threats’: ‘It’s called a red flag’ Why Biden has Putin and Xi smiling right now Biden’s worst week ever Lawrence: Sinema’s filibuster speech was contemptuous and dishonest Michigan attorney general refers probe of fake electors to federal prosecutors Joe Concha goes ‘on the clock’ with Rachel Campos-Duffy The Supreme Court’s blocking of vaccine and testing requirements at large businesses struck at the heart of Biden’s strategy for finally ending the pandemic as the highly infectious Omicron variant surges.More broadly, it devastates his attempt to use the powers of the federal government to combat the worst public health crisis in 100 years.The decision could also offer an opening for other conservative challenges against government authority on which the court might look favorably.

In practice, the logic of epidemics also means the decision will slow attempts to stop the spread of the virus and cause more sickness and death.The question of the power of the relative branches of the US government is as old as the republic itself.The court essentially found that Congress hadn’t given the Occupational Safety and Health Administration the authority to regulate public health in such a sweeping manner.White Houses often face court rebukes on executive power.Yet the case cannot be divorced from its political context.It was brought by Republican-run states that have spent the past year seeking to disable Biden’s attempt to fight the virus.Multiple possible presidential hopefuls, including Govs.Ron DeSantis of Florida and Greg Abbott of Texas, have led the battle, clearly with their own political futures in mind.

The decision on mandates was also handed down by the most politicized Supreme Court in modern memory.The conservative majority is the project of a decades-long ideological quest on the right.There’s nothing un-American about using elections and democratic majorities to change the balance of the court.But the final leap to that goal showed the kind of relentless and even illegitimate application of power and indifference to the principles of democracy with which Republicans have become synonymous.

McConnell, for instance, has spent the week warning that Democrats will destroy the Senate if they change its rules to bypass the filibuster in order to enact voting rights bills by a simple majority.Yet he did much the same in a previous spell as majority leader, pushing through rules changes to allow Supreme Court justices to be confirmed on a majority vote and to bypass a Democratic filibuster.(Republicans followed similar changes to lower judicial confirmations made by former Democratic Majority Leader Harry Reid, another hard-nosed power player, who died last month).But McConnell’s move undoubtedly changed the Senate and escalated its partisan standoff.

Republican hypocrisy is also glaring since McConnell built the conservative majority on the top bench by inventing a Senate principle to justify his refusal to confirm then-President Barack Obama’s pick, Merrick Garland, during the Democrat’s final year in office.He said the American people should decide who should fill the vacancy during an election.His obstruction paved the way for Trump to pick Justice Neil Gorsuch for the court after he took office.Then, days before the general election in 2020, McConnell ignored his own principle to seat Justice Amy Coney Barrett, a bulwark of the new conservative majority.Republicans are more ruthless than Democrats McConnell’s moves might be ruthless and against the spirit of democracy.But so far, Democratic leaders haven’t come close to showing the same merciless capacity to maximize their power in order to enshrine long-held goals.In fact, they can’t even get their own side on board.Both the voting rights push and Biden’s massive climate change and social spending bill have been thwarted by the two moderates — Sinema and Manchin.

Before visiting the White House, both senators indicated Thursday that they will not budge on the filibuster, despite Biden’s warning this week that those who stand in the way of protecting democracy against a GOP onslaught are akin to segregationists.In a stunning show of defiance, Sinema took to the Senate floor Thursday to explain herself, just before Biden — a President of her own party — arrived on Capitol Hill to make his case.Manchin has provoked fury among Democrats because in a 50-50 Senate they cannot move major legislation without his vote.But his position can also be partially explained by the strength of conservatism.

If it weren’t for the West Virginian, the party wouldn’t have a Senate majority since it fell short of its targets in congressional elections in 2020, with candidates who ran behind Biden in their races.And but for Manchin’s 2018 victory in a state that Trump had won overwhelmingly two years earlier and has again since, they’d be in even more trouble.Manchin hasn’t said whether he will seek reelection.But clearly, the West Virginian’s political choices now are being conditioned by the possibility he may have to run in 2024 in a state that rejected the Biden presidency — and possibly with Trump heading the Republican ticket.A glimpse of a grim political future The difficulties that the Biden administration encountered in subverting Republican power, despite controlling Congress and the White House, are only a tepid preview of what life could be like after the midterm elections.

If Republicans win the House and the Senate in November, Biden will be isolated in the White House, and under siege from a constant churn of investigations and attacks by Republican majorities.All White Houses should expect congressional scrutiny.But top GOP leaders are not even hiding their intention to scorch the political earth for a possible Trump presidential campaign in 2024.CNN’s Melanie Zanona and Manu Raju reported Thursday that the GOP is plotting a torrent of investigations.Republicans also appear determined to hold hearings to legitimize Trump’s lies about election fraud and to whitewash the truth about the Capitol insurrection he incited.

One of the key questions for a future Republican majority would be whether pro-Trump extremists would be so radical that they would give Biden a foil and Democrats a chance to run against rampant extremism in 2024.History suggests overreaching is likely.

But in the longer term, Republicans may have such a grip on the mechanics of electoral power that Democrats might find it difficult to exploit such transgressions.And the conservative cast of the Supreme Court ensures that future Democratic majorities and White Houses will find wielding power effectively a constant battle..

Sat Jan 15 , 2022
Virginia Beach police used forged documents that linked people's DNA to a crime to get them to confess or cooperate with investigators, Virginia's outgoing attorney general announced Wednesday. The city's police department has changed its policy in the wake of the state's probe, Attorney General Mark Herring said in a statement.In a separate statement, the… 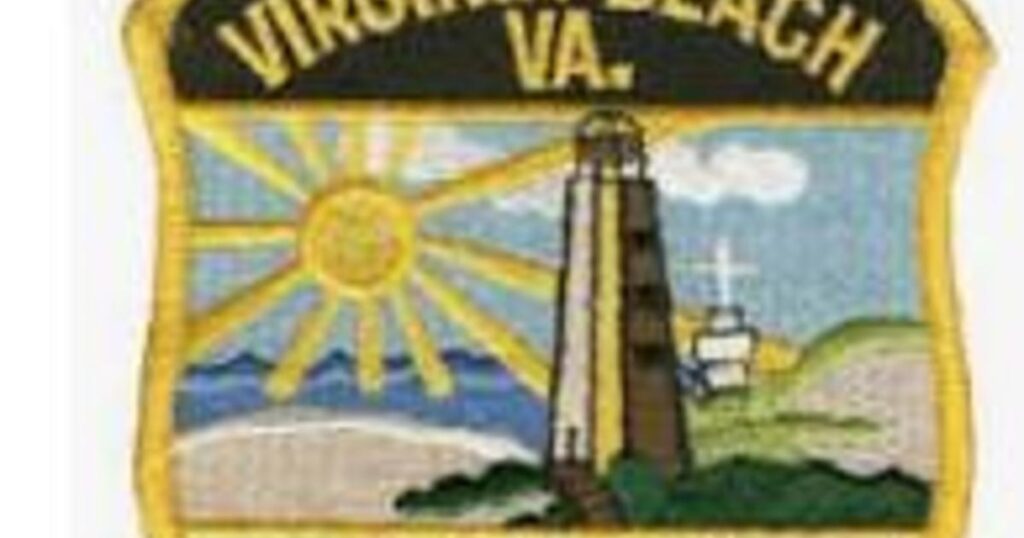