Apple’s loyal army had primed everyone to expect it, the buzz was in the air , there was even a momentary build up to a classic ‘ One More Thing ’ moment.And then Tim Cook ended Apple’s September event, and the MacBook Pro was left alone in the wings.The snub to Apple’s flagship laptop was…

Apple’s loyal army had primed everyone to expect it, the buzz was in the air , there was even a momentary build up to a classic ‘ One More Thing ’ moment.And then Tim Cook ended Apple’s September event, and the MacBook Pro was left alone in the wings.The snub to Apple’s flagship laptop was , if we’re honest, to be expected.By accident or by design, Apple has been making mistake after mistake with the MacBook Pro and the rest of the Mac range.These have pushed the desktop platform, and especially the laptop portfolio, out of sight.For me, there are three key areas where Apple has let down its community.
Apple CEO Tim Cook presents new products, including new Macbook laptops, during a special event at the Brooklyn Academy of Music, Howard Gilman Opera House (Photo: Timothy A Clary/AFP/Getty Images)
Getty First up has to be the loss of reputation of the MacBook family.No longer can they be comfortably called quality machines .The drive towards creating thin laptops (alongside thin smartphones and thin tablets) brought about a thinner and lighter keyboard… the butterfly keyboard.

This uses a different mechanism to allow for key travel, but it has proven to be unreliable in long-term use.Keys becoming sticky, grit gets trapped that prevents keys working, and there is no sign that Apple knows what is wrong.
With no touchscreen the keyboard is the key user interface for the user to the MacBook Pro, to have the keyboard seen as a fragile component that has seen multiple iterations without the problems being fixed, is a huge mistake .
Then there is Apple’s reluctance to fully embrace graphics cards.These are not just for gaming – witness the rise of processing on GPUs for the likes of crypto currency – but are key in a number of other high-end multimedia areas.Starting in 2013, Apple switched to using AMD or Intel based graphics cards, locking out the market leader Nvidia .
Even with the launch of external graphics card enclosure support, there was (and there still is) no effort in macOS development to accommodate Nvidia .

Not offering the choice of hardware that many see as being the best in class is a mistake.
And finally there is, to put not too fine a point on it, Apple’s lack of public pride in the platform.Yes, the macOS hardware (especially the MacBook Pro machines) are key to developing applications for Apple’s various ecosystems so they will always be available.

But will they be prominent? On the current evidence (as I noted last week), the answer will be no.
Apple brought out the A-list products alongside the iPhone earlier this month.The much trailed 16-inch MacBook Pro was not seen.If the MacBook was going to be part of Apple’s primary story to consumers, it would have been on show.
Tim Cook, CEO of Apple unveils a new MacBook Air in 2018.Apple also debuted a new Mac Mini and iPad Pro.

(Photo by Stephanie Keith/Getty Images)
Getty Which leads to an awkward balancing act.The MacBook Pro is a key ingredient that powers the rest of the ecosystem, yet it is tucked away out of sight.Software changes are all about porting last year’s killer iOS features, to increase compatibility with its owner’s iPhone and iPad, or to allow iOS apps to run on macOS platform, as opposed to encouraging macOS apps.
There’s also the small matter that Apple can’t enforce a thirty percent rake on every transaction that goes through a consumer’s laptop in the way it does with the iPhone.
Apple has spent years wearing down the Mac range, especially the MacBook Pro, so they are shadows of the behemoths they once were.

The line-up that was once strong enough to save Apple is now locked away on the important days, subservient to the smaller, flashier, more profitable devices .And that is perhaps the biggest mistake of all.
Now read more about Apple’s ghosting of the MacBook Pro in September….

Tue Sep 24 , 2019
By National Football Post McIlroy, Dahmen share lead at Wells Fargo Northern Ireland’s Rory McIlroy shot a 5-under-par round of 66 on Thursday to share the first-round lead with Joel Dahmen at the Wells Fargo Championship in Charlotte, N.C. After shooting even par on the front nine, McIlroy blistered the back side of the Quail… 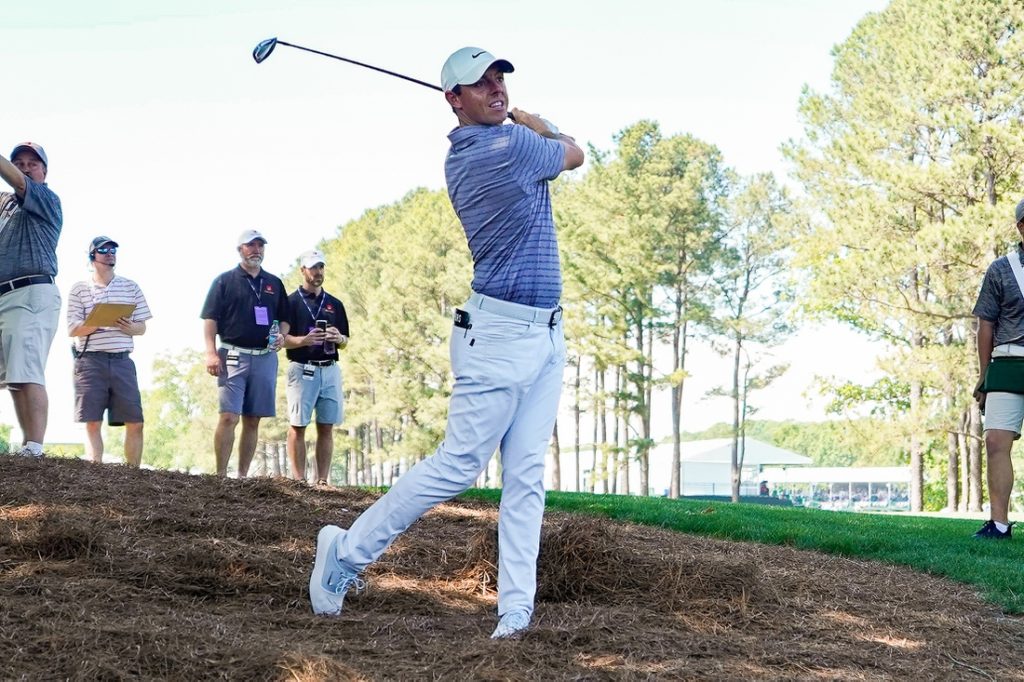