ASX Small Caps Lunch Wrap: Who else is defying tradition and sending us all to Hell in a handbasket today? News Well, it’s all chuckles and cheese for a third straight day on the ASX.How about that? So far the S&P/ASX 200 has gained 22.40 pips and hit a new 100-day high of 7254.20, and…

ASX Small Caps Lunch Wrap: Who else is defying tradition and sending us all to Hell in a handbasket today?

Well, it’s all chuckles and cheese for a third straight day on the ASX.How about that?

So far the S&P/ASX 200 has gained 22.40 pips and hit a new 100-day high of 7254.20, and it’s all because of you, dear investors.Maybe your blind faith and total pig-headed unwillingness to look facts in the face will see us through this after all.

And while we’re channeling General Melchett, let’s talk a little bit about tradition.

Tradition: Germany hasn’t been beaten at the World Cup while leading at half-time since 1978.

Okay, so there’s no beer in the World Cup village, but at least the water’s brown so you can kind of pretend.The main action though, as it should be, is on the pitch.

And Canada became the first World Cup team since 1978 to attempt at least 20 shots and a penalty kick and still not score a goal.

Seriously, it does not get any better than Canada clearly, subliminally just refusing to make another team feel bad… Or does it?

Japan ONLY WENT AND BEAT GERMANY this morning.

Then, in classic Japanese style, cleaned up all the rubbish in the stadium, which we imagine is a lot in the aftermath of sad Germans.

Tradition: The right to vote at 18.

You’re not considered mature enough to drive a car safely.You’re not even trusted to be able to drink fermented fruit juice and act responsibly after.But sure, here are the keys to the country.

Yes, the New Zealand government will now ask parliament to lower the voting age to 16 .Expect that to eventually get to the age of six, because that’s what David Runciman, professor of politics at Cambridge University recommends, and there are already four other countries with the 16 limit.

And we all know how much New Zealand loves to “invent” things.

Tradition: Well, yeah Chinese students at least have shown a propensity for protest in the past.But, it’s generally frowned upon in the Middle Kingdom.

And you probably would too, because what else have you go to lose when the government remotely switches your Covid passport to red whether you’ve got Covid or not?

There are some good arms in there.You’ll need them too, to open your driverless taxi which refuses to take you home because the government just remotely turned your Covid passport red:

A driverless taxi in China requires the passenger to scan before uploading their Covid QR and entering the vehicle.If the code marks green, the autonomous robotaxi will take you to your previously notified destination.[pic.twitter.com/XqBWIUTdl9]

It’s been a night, then.

Shifting our gaze to crypto, and speaking of betting against tradition , Ark Invest’s billion-splashing, polarising chief Cathie Wood doubled down on her Bitcoin prediction that it would hit US$1m… by 2030.

“Bitcoin is coming out of this smelling like a rose,” she says.

Clearly the easy money in is floristry, anywhere near Cathie’s neighbourhood.

But the waft of hopium as crypto refuses to die, even in the aftermath of losing one of the world’s biggest exchanges, is definitely strong in Melbourne.

The two-day NFT Fest sold out, and Rob Badman is there and honestly amazed at the exuberance for right-click-save stuff.Here’s his roundup of day one and what to expect today .

And hey, if you’re genuinely holding and looking for signs the bottom is in, it’s a good day – Jim Cramer has “investors should cash out of crypto while they can.”

The kind nobody ever loses to scammers, right?

Overall, rosy as we discussed earlier.We’re up 1.66% over the past five days, but overall, down 2.56% for the last year to date.

And it’s gold is leading the way.

Even St Barbs (ASX:SBM) is glowing, up 7% mainly because it’s a household name, has had a terrible run (ie is cheap) and gold is leading the way today.Newcrest (ASX:NCM) , also with no news, is leading the top end of town with a 2.74% rise.

We’re putting it down to generally good vibes after Wall Street got an overnight boost from the release of the Fed meeting minutes which indicated that policymakers were leaning towards softening rate hikes.

“A substantial majority of participants judged that a slowing in the pace of increase would likely soon be appropriate,” was the wording in the minutes.

But wait, wait – this is a little telling.

In two separate AGMs, both chairs of Evolution Mining (ASX:EVN) and Regis Resources (ASX:RRL) were celebrating the recent BTC troubles.

As Josh Chiat reports, two of Australia’s biggest gold miners say the “unravelling of cryptocurrency” will add to bullish conditions for the precious metal in the coming year as it looks to reclaim its status as the world’s standout non-currency store of value.

“The recent developments in the crypto space, with significant losses incurred by investors in FTX and other crypto assets, have also reinforced gold’s worth as a superior storer of value.”

All well and good.But that could also be read as a tacit admission that gold miners actually do believe crypto can threaten their safe haven status, an idea which, when times were good for BTC and co, they were very quick to poo-poo.

Energy stocks fell over 1% as oil prices dropped on info about Europe’s higher than expected price cap on Russian oil.

Swipe or scroll to reveal full table.Click headings to sort:

But as always, the winner is lithium, and today it was Lodestar’s (ASX:LSR) turn to get rich, adding a chunky $4 mill to its $8 mill market cap today on an announcement it had found, well, lithium at its Nepean project near Coolgardie, WA.

Specifically, high-grade lithium.And it was actually its JV partner Auroch (ASX:AOU) that found it, but sharesies.

Swipe or scroll to reveal full table.Click headings to sort:.

Sun Nov 27 , 2022
Prospects Don’t Look so Hot for Sam Bankman-Fried’s Invitation-Only Crypto Bahamas Event Following the FTX collapse and amid the aftermath, people have been wondering about the company’s Crypto Bahamas conference that was scheduled to happen on April 17-20, 2023, at the exclusive Grand Hyatt Baha Mar, in Nassau.The event planned for April 2023 was supposed… 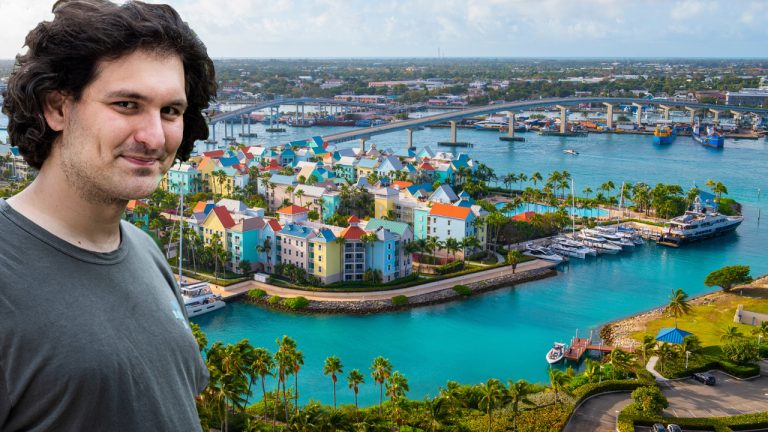