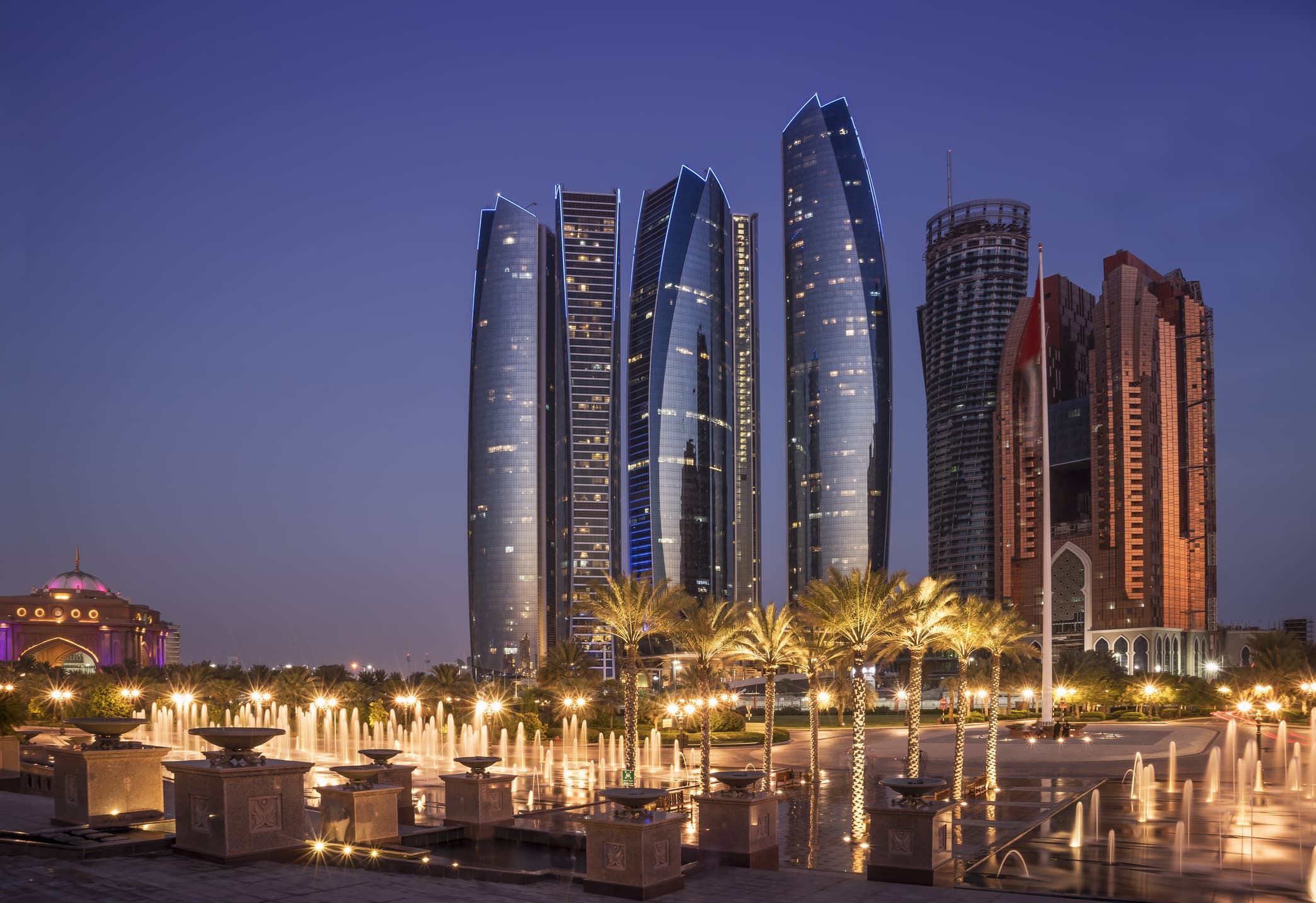 DUBAI, United Arab Emirates — The United Arab Emirates intercepted two incoming ballistic missiles over its capital Abu Dhabi early Monday morning, state media agency WAM reported.”The Ministry of Defence announced on Monday that its air defence forces had intercepted and destroyed two ballistic missiles targeting the UAE, which were fired by the Houthi terrorist militia,” the agency said, referring to the Shiite militia group in Yemen.The ministry confirmed that there were no casualties from the attack, and that “fragments of the ballistic missiles fell in different areas” around Abu Dhabi.Residents in Abu Dhabi recounted being woken up by the sound of blasts, with some telling CNBC they initially thought it was thunder.Videos shared on social media showed streaks of light shooting across the Abu Dhabi night sky followed by the sounds of explosions, believed to be interceptor missiles.

The footage has not been verified by CNBC but showed known features of the UAE capital.Stock markets across the oil-rich region fell following the news, with Dubai’s main share index, the Dubai Financial Market General Index, falling by more than 2%.The benchmark’s six most valuable stocks were all down, with blue chip property giant Emaar leading losses of more than 3.5%.

The U.S.State Department issued a security alert shortly after the attempted attack, warning Americans in the area to take precautionary measures.”There have been reports of a possible missile attack and accompanying missile defense activity over Abu Dhabi early this morning.The Embassy reminds all U.S.citizens in the United Arab Emirates to maintain a high level of security awareness,” the alert read.The response was swift.

The UAE’s Ministry of Defense released a video on its official Twitter account showing the destruction of what it said was a ballistic missile launcher in northwestern Yemen by an F-16 fighter jet.”MOD Joint Operations Command announces that at 04:10 hrs Yemen time an F-16 destroyed a ballistic missile launcher in Al Jawf, immediately after it launched two ballistic missiles at Abu Dhabi.They were successfully intercepted by our air defence systems,” the tweet read.A Houthi military spokesman claimed responsibility for the attack in a statement on Houthi television outlet Al Masirah, saying the group targeted the UAE with drones and ballistic missiles.The UAE would continue to be a target, he warned, “as long as attacks on the Yemeni people continue.” “We warn foreign companies and investors to leave the Emirates!” spokesman Yehia Sarei said, according to a translation by The Associated Press.”This has become an unsafe country!” Drone use — even commercial — has been banned across the UAE, and the Ministry of Defense said Monday that it has “full readiness to deal with any threats,” and that it will “take all necessary measures to protect the UAE from any attacks.” The targeted missile launch comes just one week after a deadly Houthi-claimed attack on Abu Dhabi that used what UAE officials say were drones and missiles.The strikes hit a fuel storage facility of state oil firm ADNOC and a construction site near Abu Dhabi International Airport, killing three people.

“The Houthi militia in Yemen has claimed responsibility for the January 17 attack on Abu Dhabi and stated an intent to attack neighboring countries, including the UAE, using missiles and unmanned aerial systems (drones),” the State Department alert said.The attacks of Jan.17 and Jan.24 are unprecedented in their intensity and reach, analysts say, and are the first Houthi-claimed attacks officially confirmed to have taken place in the UAE.Long seen as a rare example of stability in a turbulent region, the UAE is a logistics and trade hub and the third-largest oil-producing member of OPEC.ADNOC — the Abu Dhabi National Oil Co.— controls oil operations in Abu Dhabi, home to the vast majority of the state’s crude.

The UAE is the world’s seventh-biggest oil producer, pumping just more than 4 million barrels per day.The increased risks will further heighten concerns over oil markets, said Ed Bell, senior director of market economics at Dubai-based bank Emirates NBD.Futures point to lower open as stocks come off bruising week Chanos says his firm long the indices and short a lot of the craziness Fed’s doves vs.Fed hawks—who will win out in the end? Lab-grown meats could be coming to a grocer near you This is a great opportunity for people to get involved in crypto, says New Street’s Saporu Why an 80/20 portfolio strategy could be the new 60/40 This 24 year-old makes portraits out of hundreds of Rubik’s Cubes in a few hours Why vaccine patents complicate responses to the Covid crisis Charts suggest the S&P 500 may continue struggle through early February, says Jim Cramer Jim Cramer breaks down technical analysis of the VIX and its implications for the S&P 500 Cramer’s lightning round: I see Netflix peer stocks selling off as an opportunity, says Gene Munster We’re adding to tech, financials, energy, says Nancy Tengler Cramer discusses Netflix’s subscriber forecast and what it should mean for other stocks like Disney When people get comfortable crossing borders, that’ll be huge for business, says Airbnb’s CEO Movies on their way back after strong last four months, says Cineworld CEO “Geopolitical risks in the past few weeks across Eastern Europe and the broader Middle East will raise anxiety over security of energy supply at a time when many economies are already enduring high energy costs,” he told CNBC.

“While there has been no material disruption to physical supply, markets will likely add a political risk premium to oil prices in the near term, helping to keep prices elevated.” International oil benchmark Brent crude was trading at $87.59 per barrel Monday at 2:30 p.m.local time, down 0.3%.The commodity has climbed steadily upward in recent months, and is up 13% year to date, elevated by signs of tightness in the market and persistent worries of a Russian incursion into Ukraine .The Houthis, a Yemeni rebel movement backed by Iran, have since 2015 been at war with a Saudi-led coalition that includes the UAE.The bloody and drawn-out conflict, which has pushed tens of thousands of Yemenis into famine, was set off with the Saudi-led bombing offensive that started in March 2015 after Houthi militants took over Yemen’s government and pushed out a leadership that was backed by the Saudis.While Abu Dhabi largely reduced its country’s ground forces from Yemen in 2019, it still supports proxy forces there, some of which have stripped Houthis of key territorial gains after months of heavy fighting.The attacks on the UAE appear to be retaliation for that.One day after the Jan.

17 attack, the Saudi-led coalition carried out airstrikes on camps and buildings in the Yemeni capital of Sanaa belonging to Houthi militants that killed at least 20 people.The following weekend, the Houthis released harrowing images of dead bodies from a Saudi-led coalition airstrike on a prison in northern Yemen that killed roughly 70 people.That strike was followed by a Saudi-led coalition bombing of a telecommunications facility in the Yemeni port city of Hodeida that killed at least three children and caused a nationwide internet blackout .The United Nations condemned the strikes on civilian infrastructure and criticized the coalition, which denied targeting the facilities.The Houthis have for years used weapons made and supplied by Iran, and some regional analysts argue that Houthis do not carry out significant attacks without the direction or approval of Tehran.

While the UAE has not called out Iran for the attacks of the last week, the events throw into question recent efforts at mediation between Iran and Saudi Arabia , as well as U.S.-Iran indirect talks over reviving the Iranian nuclear deal.”It is worth remembering that this recent round of escalation comes amidst a more conciliatory foreign policy in Abu Dhabi,” said Taufiq Rahim, a Dubai-based senior fellow in the International Security program at think tank New America.”This posture will be tested in the coming weeks.” Iran’s foreign ministry spokesman, Saeed Khatibzadeh, voiced support for the “oppressed Yemeni nation” during a news conference on Monday, criticizing countries he accused of profiting off the war in Yemen.

“Unfortunately, those making lucrative profits out of arms trade as well as some European countries like Britain, Germany and France and the United States are specifically involved [in the Yemen crisis],” Khatibzadeh said, according to an English language translation by Iranian state outlet Press TV.”The latest string of bombings would not have happened if there were no support of these countries.”.

Tue Jan 25 , 2022
Probe Reveals Hamas-linked al-Qassam Brigades Was Behind Massive Cryptocurrency Theft In Delhi [The current value of the 6.7 Bitcoins, 9.79 Ethereum and 2.44 bitcoin that was stolen is around Rs 4 crore.] [Initially, a case was registered at Paschim Vihar Police Sation, on the orders of the Court but subsequently, the investigation was transferred to… 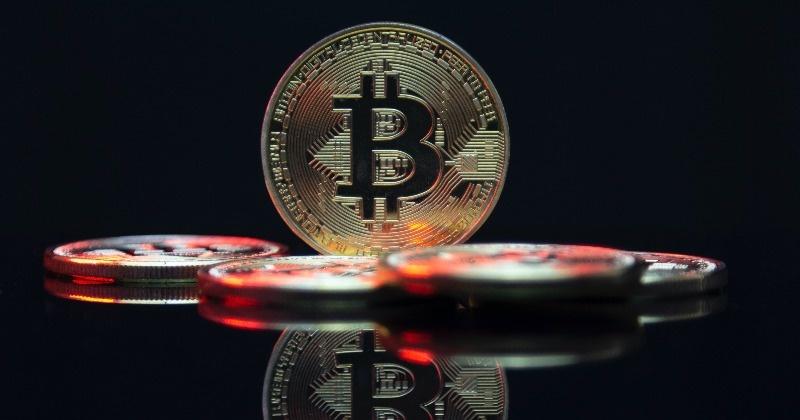