The battle lines were set and the war commenced causing shockwaves throughout the entire cryptocurrency world. During this war, the tickers of each project were updated so as to not confuse investors.

Roger Ver, backed by Bitmain in support of Bitcoin Cash ABC (BAB or BABC) and Craig Wright, backed by Coingeek in support of Bitcoin Cash SV (BSV). The ABC in BAB stands for “Adjustable Blocksize Cap” whereas the SV in BSV stands for “Satoshi’s Vision”.
Both Ver and Wright have been controversial figures in the cryptocurrency world due to their adamant support of BCH and the negativity they displayed towards BTC since the BTC/BCH split.
Bitcoin Cash ABC (BAB): Roger Ver & Bitmain
Ver is the defacto figurehead behind BCH. An early supporter of BTC, in 2011 Ver’s company MemoryDealers.com was the first company to ever accept Bitcoin as a form of payment.

As a member of the BTC community, Ver pushed for increasing the block-size limit of BTC and argued that those against this change did not actually believe in BTC’s ability to be a transactional currency. He initially supported Bitcoin XT which would raise the block-size limit and ended up leading the charge when BCH forked from BTC.

Bitmain Technologies Limited is a Chinese company founded by Jihan Wu and Micree Zhan. The company is the world’s largest producer of ASIC chips and thus mining equipment for Proof-of-Work cryptocurrencies.

Being the owners behind two of the largest mining pools, BTC.com and Antpool means Bitmain brought a lot of firepower into this war.

Since both BTC and BCH use the SHA256d algorithm, Bitmain also has the ability to move its mining machines from hashing BTC to BAB.
Bitcoin Cash SV (BSV): Craig Wright & Coingeek
Wright is one of the alleged persons behind the Satoshi Nakamoto pseudonym.

Alleged proof of this has been provided by Wright, although there are many who dismiss this due to the possibility of an elaborate hoax. This claim by Wright has earned him the moniker of “Faketoshi”. Wright was an outspoken supporter of BCH prior to this war and has is very outspoken on his contentions with BAB.
Coingeek.

com is a cryptocurrency news site that was acquired by billionaire Calvin Ayre in August 2017. Ayre has been an avid supporter of BCH which lead to his developing of a mining operation to increase the BCH hashrate. The Coingeek mining operation’s hash rate surpassed all other pools in July 2018, making it the world’s largest consistent BCH mining operation. The Cause for War
Like any hard fork, the main reason for the split is the inability for a reasonable consensus on how to move forward with a cryptocurrency project.

The BSV camp had developed a software version of BCH which would increase the block-size limit to 128MB whereas the BAB camp wanted to maintain the current 32MB limit.
Besides the differing views on how to approach the block-size limit, the main underlying reason for the war is branding.

Both Ver and Wright were supporters of BCH. As supporters of BCH, they also experienced the fallout when BCH split from BTC. Ver especially has fought tooth and nail to refer to BTC as Bitcoin Core instead of Bitcoin, because he believes it no longer follows the original ideas proposed behind the Nakamoto white paper. Equally, BCH has fought to retain Bitcoin as part of its name and and dejects those who would call it BCash.
The supporters of BCH believe they are in actuality supporting Bitcoin as proposed by Nakamoto.

As BTC has taken the Bitcoin moniker, it is apparent why both Wright and Ver are so defensive when their visions for BCH are at risk.
BCH has spent a lot of time and money to combat those who would indicate it is no longer related to Bitcoin. As such, the main contention for the BAB and BSV parties would be who retained the BCH ticker as well as the Bitcoin Cash name. All is Fair
As rhetoric for the hash war ramped up and the fork seemed inevitable, Wright being especially passionate about BSV immediately went on the attack.
In a video posted by Ver to Bitcoin.com’s official Youtube channel, Ver revealed a screenshot of an email allegedly sent from Wright on November 3, 2018.
Wright’s position to salt the earth instead of giving up the BCH name can be confirmed from tweets he later made on November 6th.

Not until it is weak, not until it is unlisted on every miner and major and home level exchange globally, but until the last CPU running it anywhere globally burns out
If this means chasing a lone dev with a CPU to burn that last vestige of hope, and you think I will not…
3
— Dr Craig S Wright (@ProfFaustus) November 6, 2018
The rhetoric from Wright was very indicative of the the tactics that would be used in the hash war.
Ver’s position is seemingly from a much more humble position. In the same video he posted the email screenshot from Wright, Ver speaks about the fact that cryptocurrency projects are the embodiment of permissionless projects. That if a camp decides to move in a different direction, they should have the freedom to do so.
Ver has also stated that he now understands why the fork from BTC to BCH is so contentious in the community. Split Commences
The official date of the hard fork and split of the Bitcoin Cash blockchain was on November 15th, 2018.

01 USD on November 14th, to a price of $289 for Bitcoin Cash ABC and a price of $96.50 for Bitcoin Cash SV, a 9% drop in overall value.
To protect the assets of people holding BCH, many exchanges immediately announced the suspension of withdrawals until the war had subsided.
Winning the war was dependant on one side having a higher hashrate compared to the other. As the war commenced, the miners supporting the separate camps immediately split. Hashrates seesawed as miners began shifting their hashrates.
Block Parity
On November 15th, BSV took the lead in block parity and Wright Tweeted about this.

In all this no user transactions are lost.
And… SV is ahead. pic.twitter.com/wiZUROWbBm
— Dr Craig S Wright (@ProfFaustus) November 15, 2018
However, this was the only time BSV took the lead as they immediately lost this lead and never regained it. On the very same day BAB took leads of up to 34 blocks.
Cheating?
Accusations from Coingeek that sudden surges in the BAB hashrate were due to the renting of hashrate on cloud systems.

These accusations are rather irrelevant. Both camps were mining at a loss and Bitmain had much more hash power in reserve from their mining rigs that were mining BTC.

In the BSV camp, a tool named “Satoshi’s shotgun” was created prior to the fork as a way to prove larger blocks could be mined. The tool is a stress test tool that sends huge amounts of transactions to the BCH blockchain. The original idea of the stress test tool was to push the block-size limit of BSV to prove that larger block-size was able to transact properly.
However, the shotgun was being aimed at both BAB and BSV blockchains. As BSV never caught up again in block parity, it was announced on November 17th that the tool would now only target the BSV blockchain, seemingly surrendering the idea of locking up the BAB blockchain.

Due to transaction propagation issues on the BABC chain the Stress Test team have pointed the Satoshi Shotgun at the BSV Chain only. Rather than waiting for ABC chain’s transaction propagation to keep up, we are going fully unhinged on the SV network. Expect big blocks…
— Brendan Lee (@CoinstorageGuru) November 18, 2018
The entire cryptocurrency market suffered as the war raged on. The drop in prices for BAB and BSV also affected BTC’s price and thus the market as a whole. Due to the sudden drop of BTC’s price, supporters of BTC began volunteering their hashrate to either the BAB or BSV camp so as to bring an earlier end to the war.

Jiang Zhuoer of the BTC.TOP mining pool began mining on the BAB blockchain on November 17th, five hours after the shotgun stopped targeting the BAB blockchain. According to the promise https://t.co/kHtrRml22y have move hash to ABC chain to support BCH and end chaos pic.twitter.com/0Pzg9oYW92
— Jiang Zhuoer BTC.

TOP (@JiangZhuoer) November 17, 2018 Crypto Market Shockwaves
BTC’s plummeting price also meant many miners were now mining BTC at a loss, causing an overall drop in the BTC hashrate. On November 21st, F2Pool, one of the oldest BTC mining pools, reportedly began discarding older mining rigs that were no longer profitable. Tens of thousands of #bitcoin miners were shut down due to the recent market crash, according to the co-founder of F2Pool, one of the largest/oldest mining pools in China. https://t.co/6SHeF4Yy3I pic.twitter.

com/sSJ9WHq13Z
— cnLedger (@cnLedger) November 21, 2018
Mid-November saw BTC’s hashrate hit its lowest point in the year since August. Other coins followed the price drop of BTC and in the span of a few days the market capitalization of cryptocurrency dropped by $50 billion.
At time of writing, the current market cap of $107 billion is the lowest it has been all year and similar to the levels seen in July 2017 prior to the first major cryptocurrency bubble . End of Contentions?
On November 23rd, Calvin Ayre made a post on the Coingeek blog in regards to a settlement between both camps.

Although Ayre accused BAB of manipulating their hashrate during the war, he also stated that he would rather focus on development of BSV. As such, Ayre suggested that they could end the war if both parties agreed to not use the BCH ticker and name.
The blog post from Ayre is being considered an end to the hash war which has cost both sides millions of dollars.

com/ALNMzg5Mgu
— BitMEX Research (@BitMEXResearch) November 21, 2018
At time of writing, monitors such as Coindance are no longer tracking the hashrates of both contenders. Exchanges have already been considering BAB as the winner of the BCH name and ticker. Ayre has gone on to state that although BSV is conceding the BCH name, it is still the true vision of Nakamoto and thus the real Bitcoin.
About leonoxme Leonox is the pseudonym for the main writer behind the

Lost Money Trading Crypto This Year? Here’s How to Recoup Your Losses at Tax Time | BTCMANAGER

Sun Jan 6 , 2019
Lost Money Trading Crypto This Year? Here’s How to Recoup Your Losses at Tax Time Date: in: Bitcoin 7 Views Around this time last year, Bitcoin prices were hovering around $20,000. However, much has changed since then. A confusing fork that spawned two new Bitcoin spin-offs and accusations that the price of Bitcoin may have… 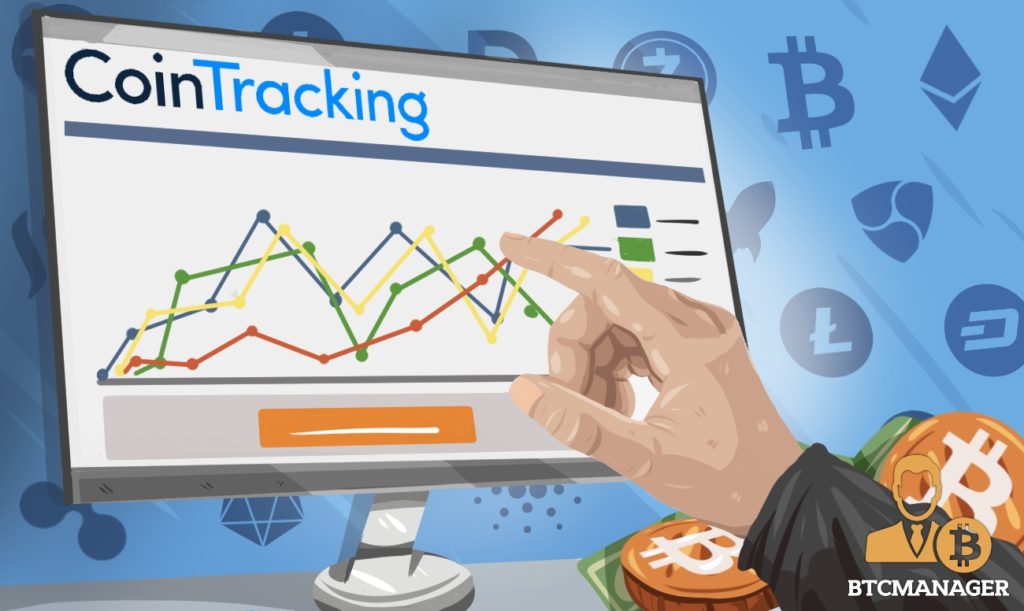