Bitcoin Maximalism is a common sense approach to development. “I don’t want to invest my time and resources working on a platform that can easily undermine my ‘permissionless innovation’ anytime. For example, if you happen to build anything that competes with wormhole , expect it to get sidelined in various subtle ways, so subtle that you won’t even realize it until it just hits you in the form of an ABC protocol update.” Finally, Bitcoin Cash ABC is no longer a reasonable platform for him to develop on.

He or she used the following video as evidence that Bitcoin ABC contingents were openly celebrating the use of “potentially illegal” (paraphrase) checkpoints in its cut-throat race to “win the ticker” or to retain the BCH symbol across exchanges, a move that particularly miffed billionaire crypto investor and CoinGeek owner Calvin Ayre, who asked that both chains rename themselves in terms of trading symbol .
The anonymous contributor comes across as sincere and dedicated to his single-minded cause. He begins the article by stating that he has never met any developers in person and thereby never been influenced by anyone.

He simply wants to “build what Bitcoin needs” and be judged “on what he builds.

”
It seems that when Bitcoin Core development reached a stalemate as regards a blocksize increase – over which the industry was split – he chose Bitcoin Cash, believing it to be continuing on the truest interpretation of the Bitcoin vision. Later, he seems to feel he is once against resisting those who would pervert a pure vision of Bitcoin, in his view. While he claims to have remained apolitical essentially until now, the piece is overall polemic in the extreme. As an example:
In the past you may have heard some anti bitcoin cash people criticize how “Bitcoin Cash development is centralized”. To be clear, this has never been the case, at least until this “hash war”.

[…] As of today, no one can deny the reality that the only client that has the ultimate power in Bitcoin Cash is Bitcoin ABC. Everyone else has become decimated to the point where they simply function as a “follower client”. ABC doesn’t even need to discuss anything with the other teams. They can simply add new features arbitrarily in a “permission-less” manner, and push it out.

To illustrate his point, he notes that Bitcoin Cash ABC has released several versions in a very short span of time, fracturing the network and making it unreliable.
This article is not intended to summarize the source article in anyway, nor does the author claim to fully understand all the technical workings of the modern Bitcoin implementations being discussed. For a deeper understanding of the SV viewpoint, however, the author does recommend said source article.

According to _unwriter, there are a number of things deeply wrong with the Bitcoin Cash ABC community. In essence, he fears that the centralization of the “exchange cartel” combined with the power of the Bitmain-backed Bitcoin ABC development team presents an inexcusable level of centralization and potential for overall network failure in the future. While he doesn’t say it outright, the gist of his charges is that the protocol only matters to the proponents of Bitcoin ABC insofar as it suits their business interests – and those are subject to change in the future. Furthermore, as he states in the middle of the article:
What’s interesting about this centralized checkpoint is that it provides both the reason AND the means for a powerful adversary to take down the network in the future.

They simply need to attack the associated ABC cartel, leveraging the centralized checkpoint to do whatever they want to the chain once compromised. And you wouldn’t even know what went on as a user.
He also expresses sympathy for Bitcoin Unlimited, the lone peacenik among implementations which earnestly attempts to keep up with the changes of both sides of the fork:
Second, these amendments have added needless technical debt and serious security vulnerabilities, which is why they’ve been releasing patch after patch — to fix the bugs they introduced with the patch before.

The reckless rapid fire releases resulted in the network being split among multiple nodes, each with different versions of rules (I’m only talking about ABC clients, imagine what this means for other clients like Bitcoin Unlimited who have to keep up with following these patches every day to stay in the game. And as far as I know, Bitcoin Unlimited was the only client that has even attempted to follow ABC’s continuous delivery).
I think these “follower node” developers (Bitcoin Unlimited, etc.) may have some irrational hope that this power dynamic will change somehow in the future, but this time it’s different. You’ve lost the moment you let ABC upgrade with a centralized checkpointing system and conspire with external actors to execute on their goal.

You have not given power to ABC, but to external centralized actors.
He rounds out his article with two bombastic statements. The first is that “the inventor of Bitcoin is Adam Smith.” Secondly, proof of work is not just an algorithm – it’s a way of life.
He uses the first statement to mute discussion of the Satoshi whitepaper and really diverges from other SV supporters in that he doesn’t seem to care who invented it. The same as he is anonymous, Satoshi Nakamoto was. His point is that “The “Proof of Work” concept is simply an algorithm that implements free market capitalism as first conceived by Adam Smith.”
There are those who would argue that public blockchains are inevitably economically agnostic, but all exchange commodities wind up in a socialist category of some sort or another.

Further, the incentive to mine is not always the acquisition of wealth; there are occasions when even the selfish miner is doing the a public service at a loss. But perhaps the most damning evidence against the “independent free thinking super-capitalist” interpretation of Bitcoin is the need for a functioning network that actually obeys the laws of consensus. This has been the contention of the most level-headed Bitcoin (Bitcore) Maximalists from day one : there is no consensus for blocksize increases, so there will be no blocksize increases. Consensus is expressed by miners. It is potentially true that there is insufficient ability for the economic majority to express itself, but Bitcoin is not a democracy, no matter what it is. There are even those who believe that Bitcoin has gone from being a technology to being a philosophy .

Yet, _unwriter is not looking to win anyone over, even if his rhetoric inadvertently highlights the right questions about the Bitcoin ABC brand of the Bitcoin Cash fork:
I don’t have to be friends with any company or any miner. All I need to do is build, and people will use it. As long as you build something useful, you are judged by what you build, instead of who you know.
Such sentiments will resonate to the core of any crypto-believer, and certainly whether he wants to or not, he’s made plenty of friends through the virtues of his work and even the rigidness of his strongly held ideals . Whether or not one or both or more networks will flourish or sputter is for the future to decide. But in his _unwriter’s view, his lot was properly cast when he threw it in with Bitcoin SV, which he says “is the real Bitcoin” and further underscores his point by saying that this is a plain fact.

If nothing else, the article shows that both sides have seriously committed, sincere elements, just as both sides of the original Bitcoin fork did.
Featured image from Shutterstock.
Get .

Mon Dec 31 , 2018
Hodler’s Digest, Nov. 26—Dec. 2: Satoshi Makes a New Friend, Buterin Gets Negative Over Centralized Blockchains Ohio businesses can soon pay taxes in Bitcoin, while Nasdaq looks ahead to a Bitcoin futures launch. Ohio businesses will be able to pay taxes in BTC, while Vitalik Buterin gets snarky over an overuse of blockchain applications 4705… 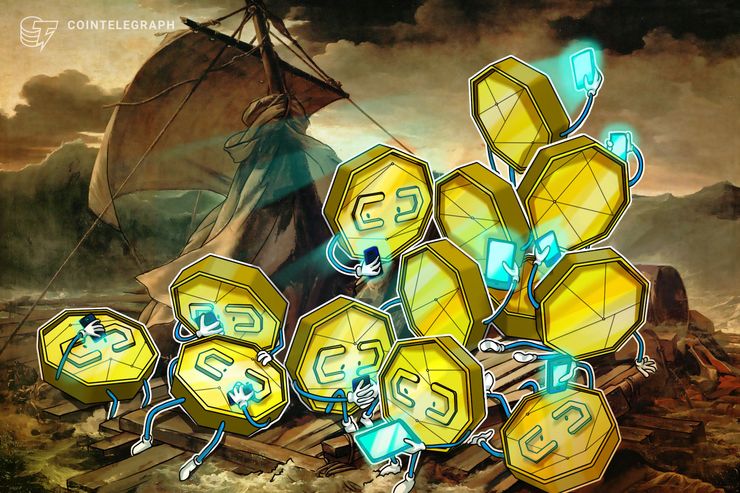