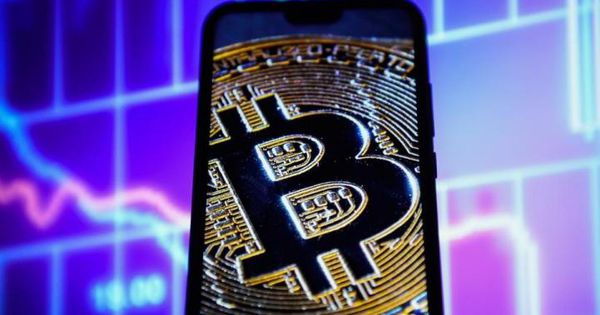 Bitcoin has been trapped in a year-long bear market , with the bitcoin price losing some 80% in value over the last 12 months and dragging down the wider cryptocurrency market, including the likes of other major coins ripple (XRP) and ethereum . Bitcoin and cryptocurrency investors who have weathered the so-called crypto winter have been somewhat cheered by a positive start to 2019 , with many eagerly looking forward to major global stock exchanges offering bitcoin futures contracts and the highly-anticipated Bakkt bitcoin platform .
ARTICLE CONTINUES AFTER ADVERTISEMENT Now, new technical analysis suggests bitcoin could be about to leap higher after months of declines .
The recent bitcoin bear market has been labeled a crypto winter due to its debilitating effect on the industry. Getty
The GTI Vera Convergence Divergence indicator, which investors use to detect trend reversals, shows that bitcoin is in its longest “buying streak” in six months, Bloomberg earlier reported .
When the GTI Vera Convergence Divergence indicator has previously pointed to potential buy signals, bitcoin has climbed for around a month.
“Should buying pressure persist as it has over the past 13 days, bitcoin could continue to see a rise in prices,” Bloomberg reported.

Meanwhile, the Bloomberg Galaxy Crypto Index, which tracks some of the largest cryptocurrencies, is in its longest “buy streak” since bitcoin’s September rally, thanks to ethereum’s recent rally.
The bitcoin price peaked at almost $20,000 in December 2017. CoinDesk
Commenting on the recent technical data, Mati Greenspan, senior market analyst at eToro, said he thinks the market is “much closer to the bottom than we are to the top.”
“I’m seeing an industry that is growing at a very rapid pace right now where we see companies that are involved in bitcoin and blockchain hiring at a rapid rate,” Greenspan told Bloomberg. “We see new projects coming online.

We see all kind of indication that people are getting more and more involved in the market.”
ARTICLE CONTINUES AFTER ADVERTISEMENT As the bitcoin and wider cryptocurrency market has fallen in value over the last year, investors have fretted over slow adoption among retailers and consumers , delays to long-awaited institutional investment, and the ever-present threat of tougher regulation.
Many are confident that the worst is over for bitcoin and crypto markets, however, with a steady flow of v enture capital investors betting that the market won’t fall further .

So far this year the bitcoin and cryptocurrency market has added some $7 billion in value, boosted by an upcoming hard fork of the ethereum network, which is seen as a major step toward e thereum’s transition from using a proof of work protocol to proof of stake.

Ethereum has been boosted recently by an upcoming hard fork update, pushing it above Ripple’s XRP for the first time in months. CoinMarketCap
ARTICLE CONTINUES AFTER ADVERTISEMENT The ethereum price has though lost some 80% from its peak in January last year, as many of the digital tokens built on the ethereum network failed to hold their value. However, ethereum co-creator Joe Lubin called the ” cryptobottom of 2018 ” in mid-December, saying it was “marked by an epic amount of fear, uncertainty, and doubt from our friends in the 4th and crypto-5th estates.”
The bitcoin and wider cryptocurrency bear market forced Lubin to make changes at his company ConsenSys last year .
Last month, closely followed economist and a cryptocurrency trader Alex Krüger tweeted he expected the reaction to the upcoming ethereum hard fork would be “bullish.”
“Once mining is past the initial (painful) adjustment period, less mining supply mined by fewer miners will be decidedly bullish,” Krüger wrote ..