April 3, 2018 April 3, 2018 Crypto News No Comments Welcome to Bitcoin in Brief, a new feature debuting today. Breaking stories, crypto drama, exchange updates, and other talking points from the fast-paced cryptocurrency world can all be found in this daily roundup. Bitcoin in Brief is for everyone who’s long on bitcoin but short…

April 3, 2018 April 3, 2018 Crypto News No Comments
Welcome to Bitcoin in Brief, a new feature debuting today. Breaking stories, crypto drama, exchange updates, and other talking points from the fast-paced cryptocurrency world can all be found in this daily roundup. Bitcoin in Brief is for everyone who’s long on bitcoin but short on time.
Also read: Chinese Engineer Arrested for Stealing 100 Bitcoin From His Own Company Bitcoin Bears Are Out in Force
The collective noun for a group of bears is a sleuth, and the bitcoin bears were certainly hunting in packs today. A number of outlets picked up on a research paper published in March that uses Metcalfe’s Law to predict that bitcoin’s value could fall by more than a third before the year is out. Bitcoin price predictions are easy to come by, but this one has attracted attention not only due to its bearishness – which is in stark contrast to the usual tips for $50k BTC – but also the data to back it up.

Swiss researchers write:
Looking forward, our analysis identifies a substantial but not unprecedented overvaluation in the price of bitcoin, suggesting many months of volatile sideways bitcoin prices ahead. Binance Loves Mondays
Binance seems to have a penchant for pushing out its news at the start of the week.

Last Monday, the talk was of crypto companies such as Tron, Monaco, and Bigone exchange joining Binance in its new Maltese home. Today, news of Qlink integrating Binance’s token into its mobile dapp helped push BNB up 11% in an otherwise dreary day for the markets. With a top 20 token based on market capitalization and the number one exchange by trading volume, Binance can’t stop profiting right now. Blockchain Wars Heat Up
As EOS eases closer to its mainnet launch, and the price of ethereum sinks lower, there’s been pressure on Vitalik Buterin to act. The ethereum founder has always been uninterested in price, which he sees as a distraction to developing the protocol, but his “meta April Fool’s” proposal to cap ETH’s total token issuance at 120 million could be interpreted as a measure to reassure jittery investors. (The fact that his blogpost plagiarized 20% of Tron’s was a nice touch, even if nobody got the joke ).
In the past week, Buterin has also expressed scepticism for EOS’ governance model, while ethereum co-founder Vlad Zamfir asked whether his Twitter followers would support a hard fork to remove EOS tokens from the ETH protocol. All proposals floated on April 1st should be treated with extreme suspicion, but there are signs that the ethereum team won’t be allowing EOS to trample all over its lawn.

Centra Takes a Tumble
Following the news that two of Centra’s co-founders were arrested trying to leave the U.S. on April 1, its token took a nosedive today, shedding 25%. Centra was the Floyd Mayweather ICO the SEC had subpoenaed on February 9. One of the founders “made flight reservations to leave the country, but was arrested before he was able to board his flight” noted an SEC press release filed today.

Jimmy Song Sings Bitcoin’s Praises
Jimmy Song’s longread on why bitcoin is different from other cryptos has been getting a lotta love. Sample quote: “ Bitcoin is the 7-day week and every other altcoin is a slight variation (Let’s have 4-day weeks! Let’s make the day 18 hours! Let’s rename the days to something different! Let’s vary week lengths according to the whims of a central authority!)” tl;dr: Bitcoin is still king.
Catch the next instalment of Bitcoin in Brief around the same time tomorrow.

What other bitcoin stories caught your attention today? Let us know in the comments section below.

Images courtesy of Shutterstock, and Coincodex.
Need to calculate your bitcoin holdings? Check our tools section. .

Tue May 1 , 2018
April 2, 2018 5465 Stellar (XLM) has been one of the most effervescent topics in the crypto space for a few months now mainly because of IBM related news. News such as IBM providing 9 key validators for Stellar’s network spread across the globe and also a string of press releases by IBM mentioning Stellar… 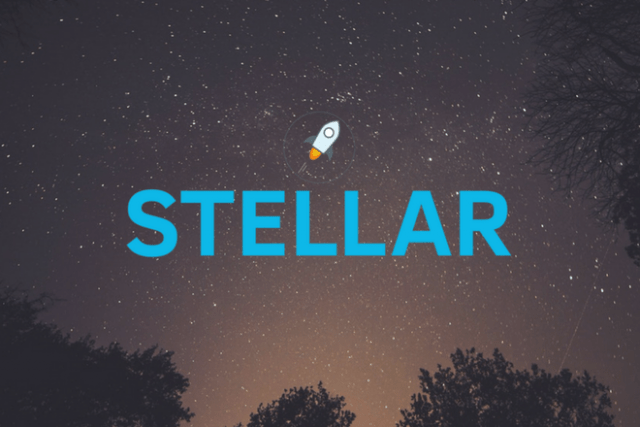