Bitcoin Magazine’s Week in Review: Making Strides Across Industries Bitcoin Magazine’s Week in Review: Making Strides Across Industries Blog Share
Industry buzz surrounded Ethereum this week as community members await the next stage of the coin’s development. The protocol also served as the jumping-off point for a new fully regulated stablecoin.
Also in regulation, a New York judge issued a ruling this week that, if held up by a jury in court, could set a legal precedent for ICOs as securities; in other courtroom drama, the space’s longest running suit — between two of its biggest players — draws to an undisclosed close.
All the while, institutional-grade products and services continute to come to light.
Stay on top of the best stories in the bitcoin, blockchain and cryptocurrency industry. Subscribe to our newsletter here . Ethereum’s Progress: Constantinople and GeminiUSD
DevCon 4 Will Set the Stage for Ethereum’s Next Milestone: Constantinople
Following November 2018’s DevCon 4 in Prague, Czech Republic, Ethereum will be due for an upgrade. Constantinople, as the hard fork is called, will implement five Ethereum Improvement Proposals (EIPs), introducing such changes as a a revamped gas scheme for transactions and reduced block rewards.

To the common user, these EIPs are unlikely to cause too many noticeable changes, but they will give developers more creative and technical leeway when building DApps on Ethereum’s Virtual Machine.
Gemini and Paxos Both Launch Stablecoins on Ethereum Blockchain
Winklevoss-owned Gemini exchanged launched a stablecoin this week built on Ethereum’s ERC-20 standard.

Endogenous to the exchange, which is fully regulated under New York’s Bit Liscense, GeminiUSD (GUSD) was dropped without prior disclosure or media priming. The same day, settlement platform Paxos released its own stablecoin, the Paxos Standard (PAX).

A Way in for Institutions
Morgan Stanley Eyes Bitcoin Swap Contracts Tied to Futures Prices
Morgan Stanley is reportedly working toward a way into the the cryptocurremcy market. The legacy financial institution has been developing a institutional-grade bitcoin derivative that is tied to futures prices, a source close to the matter told Bloomberg this week.

While the product is ready to go to market, Morgan Stanley is waiting to launch it until investor demand increases.
BitGo Gets Approval From State Regulators to Launch Custody Service
Cryptocurrency company BitGo announced a service this week that could ease instituional access to the crypto market, upon receiving approval from regulators in Montana to operate cryptocurrency custodial services.

The custody, which must endure a waiting period before it goes live, will leverage BitGo’s wallet service to manage funds for institutional investors. From the Courtroom
Federal Judge Applies Long-Established Securities Laws to ICOs
A N.Y. State judge issued a ruling this week that, if upheld in court, could set a defining precedent for ICO regulation going forward. In his decision, the judge found that two ICOs were security offerings, arguing that the founder’s simply calling them currencies didn’t free them of this classification.

Ripple and R3 Reach Settlement in Year Long Court Case
Ripple and R3 have finally settled their year-long legal battle. The blockchain companies brokered a settlement after R3’s original suit and Ripple’s countersuit saw the two cycle through three courts in three states. The terms of the settlement are being kept under wraps.

Sun Oct 14 , 2018
Molly Jane Zuckerman Hodler’s Digest, September 9-16: SEC Heightens Crypto Crackdown, While US Court Ruling Marks Cryptos as Securities A judge has weighed in on cryptocurrencies falling under securities laws, and several new stablecoins are approved by New York regulators. The SEC and FINRA scold some alleged crypto scams, the Winklevoss twins pop out a… 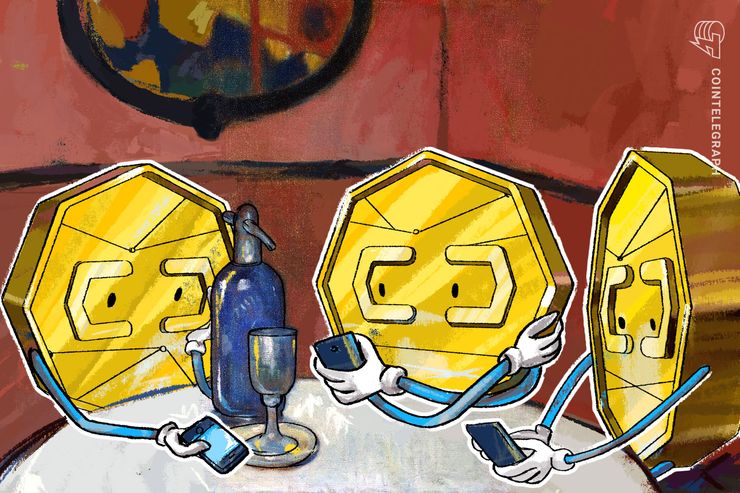