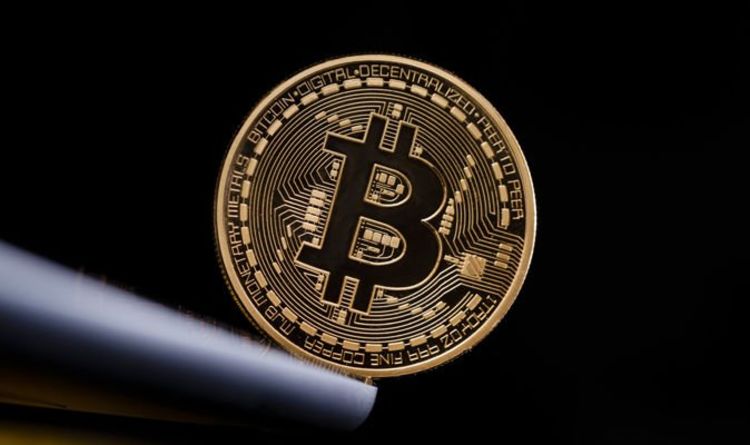 City & Business News Bitcoin UNDER THREAT: Ethereum comes out all guns blazing for 2019 ETHEREUM has emerged as a serious challenger to the dominance of bitcoin as the value of the original cryptocurrency continues to falter. PUBLISHED: 11:32, Thu, Jan 3, 2019 | UPDATED: 11:37, Thu, Jan 3, 2019 0 Bitcoin: Ethereum has emerged as a serious challenger (Image: GETTY)
Often seen as the main rival to the decade-old bitcoin, Ethereum has never quite matched the market leader in terms of volume or market cap, but a blistering start to the new year has got investors excited about the altcoin. There is also strong support for XRP – another leading contender in the battle for the top spots – as its growing band of supporters drive investment forward for January. Ethereum was given a fanfare welcome when it was released in mid-2015 and immediately greeted as the currency to knock bitcoin off its perch, but the brainchild of Vitalik Buterin, Gavin Wood and Joseph Lubin never quite lived up to the expectation. However, with bitcoin struggling to recover from a slump which began in November 2018, new hope for Ethereum is beginning to swell. Related articles Bitcoin news: India is about to legalise cryptocurrency
In the first 48 hours of 2019, ETH was emerging as the best-performing crypto with gains nudging 10 per cent.
It also saw its market cap exceed that of its closest rival – Ripple (XRP) – by more than half a million dollars.

However, this sudden growth could be affected by a trio of hard forks planned for Ethereum in the coming weeks.

A hard fork occurs when a cryptocurrency is required to split and create new branches in order to allow an improved version of the coding behind that crypto to emerge.
A recent example happened two months ago when Bitcoin Cash hard forked into BCH SV and BCH ABC.

The upheaval and fallout from that fork led to a bitter war of words between the two factions and cost millions in the ensuing chaos as both parties strived to emerge victorious.
Ethereum, although looking at some relatively amicable splits, is now facing the prospect of several forks – three of which will be significant, particularly for anyone involved in decentralised applications (dApps) with Ethereum’s blockchain.

However, all eyes are on January 16 for what is set to be the much-anticipated Constantinople Mainnet hard fork. Bitcoin: Ethereum has never quite matched the market leader (Image: GETTY)
This, in particular, will be significant in the cryptocurrency world as it represents a huge stride in Ethereum’s drive towards using a ‘proof of stake’ protocol rather than ‘proof of work’.

It will also mean the rewards for mining blocks will go from three ETH to two, but this in turn will make the network faster – something which many parties will see as a huge benefit from the fork.
Quite what the series of splits will mean for market values is anyone’s guess, but history would say it will provide at least a short-term boost.

What happens in the long-term is down to the level of post-fork investment that is attracted.
Given the amount of historical support that Ethereum and its mastermind – Vitalik Buterin – has enjoyed over the last three-and-a-half years, the portents are good.
The general consensus, set against the backdrop of bitcoin’s continual volatility and inability to return to previous highs, is that Ethereum will emerge from its own storm cloud leaner and stronger than before.
It is a risky ploy, but it is one that could set Ethereum up for a serious challenge to bitcoin’s 10-year reign.
Coin Rivet is a website bringing news, information, analysis, opinion and insight from the fast-moving blockchain world. Related articles.