Bitmain Crypto Index Launches For Crypto Investors Date: 22 Views Photo: Pavlos Giorkas / Flickr The company said that the new Bitmain Crypto Index tracks the performance of some of the “largest and most liquid” cryptocurrencies, and is denominated in U.S. dollars. Sponsored Links The index publishes two types of prices, a real-time spot price…

Bitmain Crypto Index Launches For Crypto Investors Date: 22 Views Photo: Pavlos Giorkas / Flickr
The company said that the new Bitmain Crypto Index tracks the performance of some of the “largest and most liquid” cryptocurrencies, and is denominated in U.S. dollars. Sponsored Links
The index publishes two types of prices, a real-time spot price that is updated every second, and a daily reference price that is published once a day around 10:00 a.

The Big 10 is weighted by market cap and its member cryptos represent more than 90 percent of the wider market’s value.
In a methodology overview, Bitmain said the product was “developed to provide institutional and retail investors with a transparent, timely, methodology-based, and investable benchmark of the most active cryptocurrencies traded globally,” explaining:
“The Index is solely owned by Bitmaintech Pte. Ltd.

and is administered by Bitmain Index Operating Committee (‘BIOC’) which will conduct regular review and engagement with external stakeholders for feedbacks to keep the Index methodology as updated and representative as possible.”
BCI forms the latest branching out for Bitmain as the company undergoes a significant period in its history.

Regarding hard forks, the BCI will treat fresh forks of cryptocurrencies covered using a ten-day grace period. The overview states:
“For the purpose of Index calculation and dissemination, a hard forked new token will be measured against a set of criteria on its 10th-day post-fork to determine whether it is a ‘significant’ one.”
Other requirements include the coin “trading on at least 2 constituent exchanges” with “at least 200 daily trades in the new token vs. USD or equivalent pairs on all constituent exchanges.

”
Bitmain is sourcing its pricing data – that’ll cover the top 17 currencies – from a collection of exchanges. Latest on Bitmain
Earlier this year, there were reports that the Crypto mining giant was planning for an IPO, but doubts still persist whether such an event will take place in the near future. The leading crypto mining giant has not been without its own share of controversies.
Just for a reminder, a lawsuit was filed, earlier this month, against Bitmain in the U.S. district court of Northern California. Gor Gevorkyan, the lead plaintiff in this case, used an Antminer S9 manufactured by Bitmain. Now he claims that the device mined Bitcoin for the benefit of the crypto mining giant and not the intended user and he is claiming nearly $5 million in damage.

During the August this year, Bitmain, as one of the leaders of the mining industry, announced that its mining pool BTC.com is expanding its offerings and will include Ethereum and Ethereum classic mining pools in the nearest future.
BTC.com was already widely known for its relative dominance over the Bitcoin network. It was then said that this Bitmain-backed pool mined 21 % of all Bitcoin blocks the previous year.
In September Bitmain has finally decided to go public by filing an IPO on the Hong Kong Stock Exchange. After being already embroiled in several controversies in the past, they said they were opening their books. A sneak-peek into the company’s books shows a massive growth of the company in the last few years.

Bitmain Technologies has been mulling for huge fundraising in the past. However, the application is currently under by HKEX and it remains unclear about the valuations at the time of listing. Let’s take a look into the costs and revenue structure and other details of the company, as provided. Bitmain Revenues and Profits
No doubt that Bitmain is the market leading for crypto-mining equipment grabbing a whopping 75% of the total market share.

Bitmain’s revenues and profits surged at an unprecedented rate during the crypto-mania of the last year.
In 2015, Bitmain revenues stood at $137.3 million which shot to $2.5 billion by 2017 end.

This seems like a blistering annual compounded growth rate of 328% over the last two years. Additionally, by June 30, 2018, this year’s revenue has already past of the last entire year, standing at $2.8 billion..

Tue Jan 1 , 2019
(Source: cointelegraph.com ) The views and opinions expressed here are solely those of the author and do not necessarily reflect the views of Cointelegraph. Every investment and trading move involves risk, you should conduct your own research when making a decision. Market data is provided by the HitBTC exchange. Crypto markets have given up some… 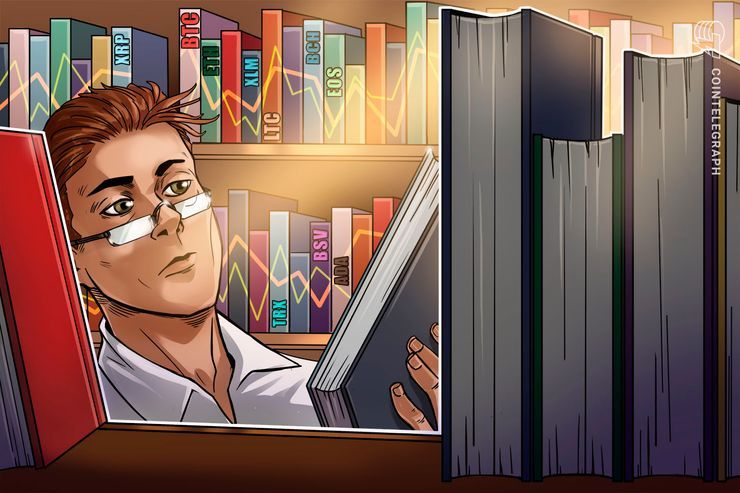