A 12-year-old boy had made about £290,000 after creating digital pictures of whales and selling tokens of their ownership which are stored on blockchain. Benyamin Ahmed’s collection of pixelated artworks called Weird Whales went viral during the school holidays.His success may be a harbinger of the digital business models that could disrupt the banking sector.…

A 12-year-old boy had made about £290,000 after creating digital pictures of whales and selling tokens of their ownership which are stored on blockchain.

Benyamin Ahmed’s collection of pixelated artworks called Weird Whales went viral during the school holidays.His success may be a harbinger of the digital business models that could disrupt the banking sector.

His father, Imran, a software developer, described the artwork as similar to “digital Pokémon cards” and said they had been a big success because collectors realised their historical significance.

“People find the art secondary,” he said.“Imagine when the printing press came out, if you managed to get hold of a book that was an original, written by a 12-year-old that went viral, you can imagine how that would accrue value over time because of the historical significance.”

Ben created the set of 3,350 whales in the style of a common whale meme seen in the video game Minecraft on a pixel art website.He was then able to sell non-fungible tokens (NFTs).

Q&A What is blockchain technology?

Show Blockchain is a digital ledger that provides a secure way of making and recording transactions, agreements and contracts.

However, uniquely, rather than being kept in one place like the more traditional ledger book, the database is shared across a network of computers.

This network can encompass just a handful of users, or hundreds and thousands of people.The ledger becomes a long list of transactions that have taken place since the beginning of the network, getting bigger over time.

A blockchain database consists of blocks and transactions.Blocks contain batches of transactions that are “hashed” and encoded.

Each block contains the hash of the block before it, which links the two and forms the chain.This process validates each block, all the way back to the original, and is integral to the database’s security.

Blockchain technology has been around for a number of years – its most well-known use so far is Bitcoin , the virtual currency.The uses of blockchain are not limited to financial transactions, though, and enthusiasts are looking into other applications for the technology, especially for the types of transactions where there are often disputes or trust issues.

Thank you for your feedback.NFTs allow artwork to be tokenised into a digital certificate of ownership, which can be bought and sold.Purchasers do not acquire the actual artwork, which is too big to store on a blockchain, or its copyright.

“I chose whales because in cryptocurrency a whale is someone with 1,000 bitcoin,” said Ben.

“I could then say that everyone who owns a whale, is a whale.I could craft that catchline.

“People connected with my story because I was so young,” he added.“Many people saw my story and connected and then it kind of just went everywhere.”

The young coder promoted himself by sharing a thread on Twitter, creating a LinkedIn page and a YouTube channel.

He and his brother, Yousef, have been coding since the ages of five and six after being inspired by their father, who works in traditional finance.

Ben said: “Every day we try to do at least one coding exercise and we have been doing that consistently for a few years.”

PayPal to allow UK users to buy and sell cryptocurrencies Read more His father said he had realised his boys were receptive to coding early and that they were ranked in the top 6% on a platform called Codewars, an educational community used by hundreds of thousands of people.

The prices of this artwork for a young artist.Everybody who you explain it to says, ‘I don’t get it.Why are they paying thousands of dollars?’ But people in blockchain, what they see is that blockchains are here and they are here for the next 500 years.

“Ben has never interacted with the traditional legacy financial system,” he said.“He has never had an accountant, a bank account, he has never registered a company.

“People are saying that this guy might be a harbinger of where we are going to be in maybe 10, 15, 25 years.

It kind of validates what everybody has been saying about blockchains, about bitcoin and Ethereum.He is potentially the first person in history that has done this.”

Benyamin is storing his earnings in Ethereum, a cryptocurrency that was also used to sell the whale artwork.

Sun Aug 29 , 2021
We spoke to executives who are helping to shape the key digital account opening trends.Analog account opening may see moderate recovery post-pandemic—but it was a watershed event for DAO.Insider Intelligence publishes hundreds of research reports, charts, and forecasts on the Banking industry.Learn more about becoming a client.We gathered perspectives from executives at incumbent banks and… 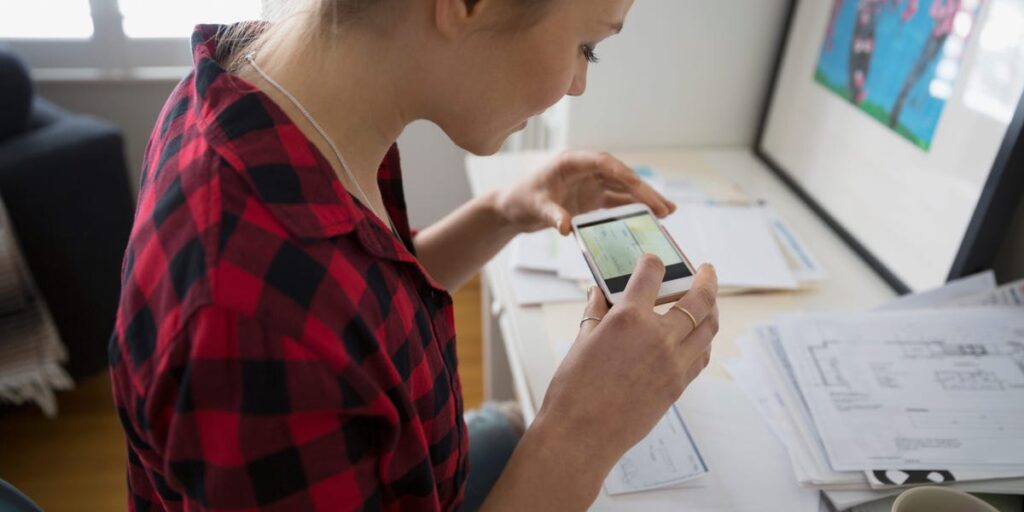