LONDON — As evidence mounts of the long-term harm being inflicted on the U.K.economy by Brexit, the government is coming under pressure to acknowledge the elephant in the room.Despite criticizing the Conservative government’s fiscal plans as the U.K.economy faces a recession and the sharpest fall in living standards since records began, the country’s main opposition… 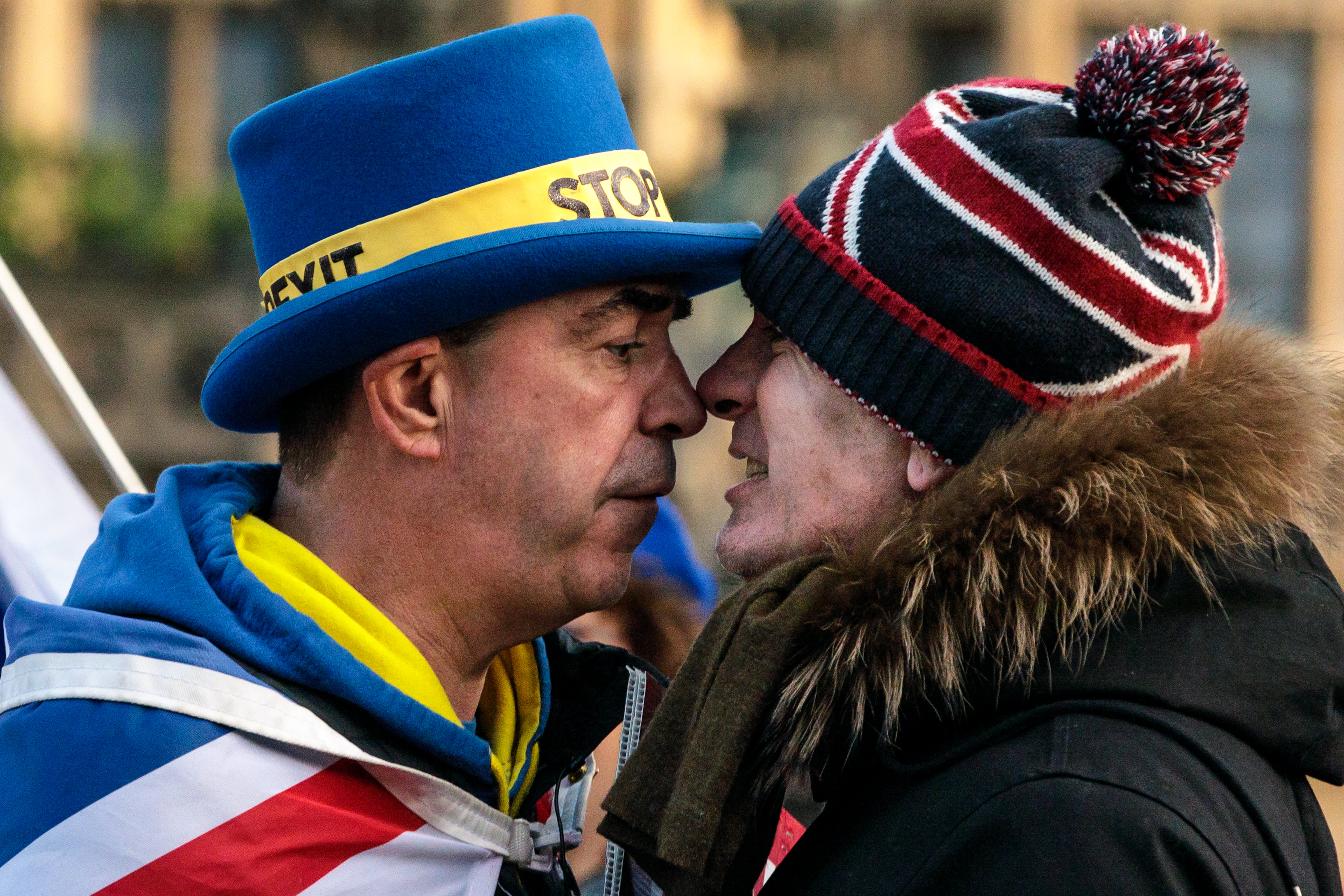 LONDON — As evidence mounts of the long-term harm being inflicted on the U.K.economy by Brexit, the government is coming under pressure to acknowledge the elephant in the room.Despite criticizing the Conservative government’s fiscal plans as the U.K.economy faces a recession and the sharpest fall in living standards since records began, the country’s main opposition Labour party on Tuesday ruled out a return to the EU’s single market or customs union if it wins the next general election — due no later than January 2025.Labour leader Keir Starmer told a business conference that the party would instead “make Brexit work,” but economists have suggested that either or both of these measures would help to cushion the blow to the country’s long-term economic growth prospects.

The government has avoided addressing the impact of former Prime Minister Boris Johnson’s Brexit deal, with ministers attributing the country’s economic headwinds solely to the energy crisis arising from Russia’s war in Ukraine, and lingering effects from the Covid-19 pandemic.

However, the OECD forecast on Tuesday that only Russia would suffer a bigger economic contraction than the U.K.in 2023 among the G-20 (Group of Twenty) leading developed and developing economies.The 0.2% expansion projected in 2024 is the joint-weakest alongside Russia.The U.K.’s growth prospects are lower even than Germany, whose economy is uniquely exposed to higher energy prices owing to its reliance on Russian gas imports.

The OECD said “lingering uncertainty” alongside higher costs of capital would continue to weigh on business investment in the U.K., which has fallen sharply since Brexit.The U.K.’s independent Office for Budget Responsibility (OBR) has offered a bleaker outlook, projecting a 1.4% GDP contraction in 2023, even as the Bank of England and the government are forced to tighten monetary and fiscal policy to contain inflation and prevent the economy overheating.

The OBR said in its economic and fiscal outlook last week that its trade forecast reflected an assumption that Brexit would result in the U.K.’s trade intensity (an economy’s integration with the world economy) being 15% lower in the long run than if the country had remained in the EU.In May, the OBR estimated that the U.K.’s new terms of trade with the EU, set out in the Trade and Cooperation Agreement (TCA) that came into effect on Jan.1, 2021, will reduce long-run productivity by 4% relative to the previous trajectory had the U.K.remained in the EU.

The Bank of England ‘s Monetary Policy Committee issued a similar projection, and former BOE policymaker Michael Saunders told CNBC Monday that a key driver of weakness in the U.K.economy is reduced trade intensity due to Brexit, leading to lower productivity growth.

Saunders argued that there is “abundant evidence” that increased trade intensity — or greater openness to trade on both exports and imports — raises productivity growth.”The U.K.has increased trade barriers with Europe and trade deals that have been done with other countries are largely just maintaining the status quo of trade with third countries — there’s been no significant net increase in trade intensity with non-EU countries,” he said.

“So the overall net effect has been a significant reduction in the U.K.’s trade intensity, which you can see in the big drop in both imports and exports as a share of GDP since 2019 compared to the trends in other advanced economies and compared to the trends that we saw in the preceding years.” U.K.trade as a percentage of GDP has fallen from around 63% in 2019 to around 55% in 2021, while domestic productivity growth is also sluggish.Both the Bank of England and the OBR estimate that the U.K.’s potential output has fallen outright since the fourth quarter of 2019, and will endure anemic growth through the next few years.New York-based Kroll Bond Rating Agency downgraded the U.K.even before former Prime Minister Liz Truss’ disastrous mini-budget in September sent bond markets into a tailspin.Ken Egan, director of European sovereign credit at KBRA, told CNBC last week that Brexit marked a “turning point” for the U.K.as it gave rise to several structural weaknesses in the economy.

“Part of the reason for our downgrade was a longer term view that Brexit has had and will continue to have a negative impact on the U.K.from a credit perspective, in terms of everything from trade to government finances to the macroeconomic side of things.” KBRA, like the OBR, Bank of England, International Monetary Fund, OECD and majority of economists, believes growth will be lower over the medium term as a result of Brexit.

“Trade has already suffered, the currency has weakened but we haven’t seen the offsetting improvement of trade, investment has really been the weak point since Brexit, business investment has really deteriorated quite sharply,” Egan explained.”If you compare inflation in the current dynamic to the rest of the world, core services, core goods inflation in the U.K.seems to be a lot higher than the rest of Europe.It’s that idea that even if the energy crisis was over tomorrow, you’d still have these stickier inflation pressures in the U.K.” Saunders said that while part of the deterioration since the fourth quarter of 2019 was down to the coronavirus pandemic, Brexit also had a part to play as increased trade barriers with the EU for firms since the start of 2021 stymied activity.”If you don’t want to reverse Brexit fully, you can still go for a softer Brexit than the U.K.

chose to do,” he suggested.”The U.K.went for pretty much the hardest of hard Brexits and that was a choice, we could have left the EU but gone for a form of Brexit which would have put many fewer barriers in the way of trade, trade intensity would have suffered less, productivity would suffer less over time.” New Prime Minister Rishi Sunak’s government is expected to pursue friendlier relations with the EU than either of his predecessors, Boris Johnson and Liz Truss.However, both the Conservatives and Labour have ruled out any return to EU-aligned institutions for fear of disenfranchising voters in key pro-Brexit constituencies.Yet recent polling suggests that the public mood may have begun to turn.A frequent YouGov survey earlier this month showed that 56% of the population said Britain was “wrong” to vote to leave the EU in 2016, compared to 32% who said it was the right call.The 24-point deficit was the largest in the series dating back to 2016, and almost one-fifth of Leave voters now believed Brexit was the wrong decision, which was also a record..

The veteran who helped subdue the Colorado Springs shooter owns a brewery with his wife. Now, people are buying out their merchandise. - CBS News

Thu Nov 24 , 2022
Richard and Jessica Fierro have been celebrated for years for their award-winning beers and creating Colorado's first Latin-owned brewery to be led by a female head brewer, Atrevida Beer Co. On Nov.20, they and some of their employees went out to Club Q in Colorado Springs for a "fun night out" that ended in tragedy.… 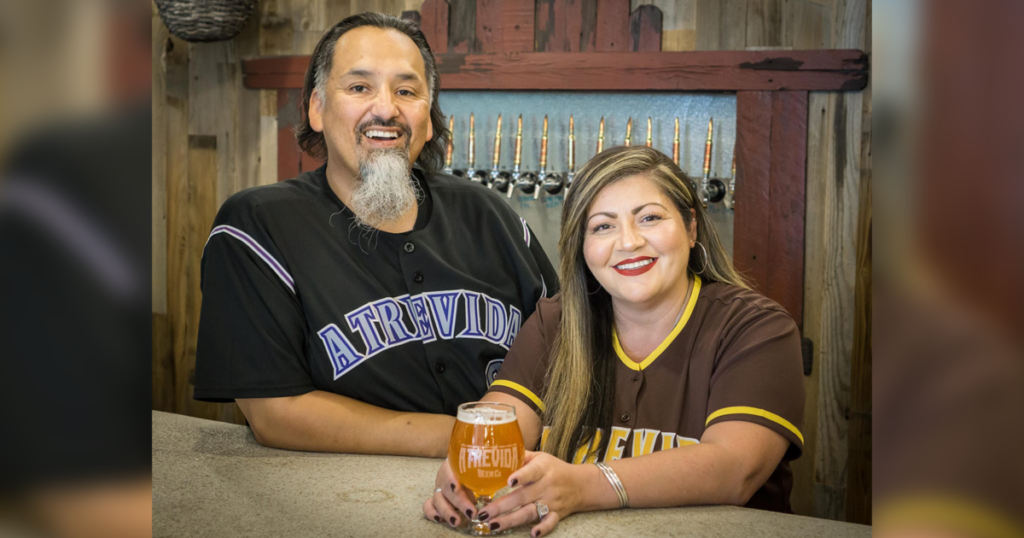