The PancakeSwap cryptocurrency, CAKE, has been cruising slowly downwards after a sharp price correction in September.The token failed to ride on the bow wave of the October rally seen across other major cryptocurrency markets. However, at the time of writing (29 November), CAKE was still up by more than 2,250% year-to-date.Can the price return to…

The PancakeSwap cryptocurrency, CAKE, has been cruising slowly downwards after a sharp price correction in September.The token failed to ride on the bow wave of the October rally seen across other major cryptocurrency markets.

However, at the time of writing (29 November), CAKE was still up by more than 2,250% year-to-date.Can the price return to an upward trajectory over the longer term? Is now the time to ‘buy’, ‘hold’ or ‘sell’?

In this article, we look at recent developments in the PancakeSwap ecosystem, latest CAKE coin news and the long-term outlook.

How does PancakeSwap work?

PancakeSwap is a decentralised exchange ( DEX ) on the Binance Smart Chain ( BSC ).Launched last September by anonymous developers, it’s similar to Uniswap on the Ethereum blockchain.

Whereas centralised exchanges like Coinbase and Binance (which was banned in the UK earlier this year) are run by a single company, one can trade on a DEX without an intermediary.Like most decentralised finance ( DeFi ) activity to date, most DEXs are based on Ethereum.

PancakeSwap, however, aims to compete with Ethereum by providing lower fees and faster transactions, among other features.

PancakeSwap operates an automated market maker (AMM) model.Users deposit their funds into a liquidity pool in exchange for income from liquidity provider tokens, known as FLIP tokens.Users make their trades against the liquidity pool.

Holders of FLIP tokens can then use them to reclaim their share of the liquidity pool, and a share of trading fees.Users can deposit and lock up their FLIP tokens to farm, or earn, additional tokens such as CAKE and SYRUP, as a reward.

There is no set holding time before tokens can be un-staked.

PancakeSwap has quickly attracted users since its launch because it allows traders to instantly swap tokens without registering for accounts and charges low transaction fees.Users can trade directly from their cryptocurrency wallet, as the cryptocurrency is not held on an exchange.

According to its website in total tits users have staked $12bn, and its 2.8 million active users made 31 million trades in the last 30 days.

PancakeSwap’s non-fungible token ( NFT ) marketplace went live on 30 September, delayed from its 22 September launch date.NFT sales have taken off this year, with seven-day sales surpassing $1.6bn in late August and moving up to $685m in October after dipping to $270m in mid-September, data compiled by NonFungible.com shows.In the 30 days before today (29 November) it reports total NFT sales of $1.785bn.

All the fees from the marketplace and NFTs, or 2% of each trade, will be used to buy back and burn CAKE coins.Users will need to hold CAKE coins to mint, or create, NFTs, which could increase demand for the PancakeSwap token, while coin burning will reduce supply.

That is expected to provide support for the price.

In the first month, the market reached a trading volume of over 102,208 BNB coins, worth around $56.6m, of which 2,044 BNB were used to buy back and burn CAKE.The developers are working on Phase 2 of the marketplace, which will include the ability to buy and sell third-party Binance Smart Chain NFTs.

Users voted in October to reduce the amount of CAKE tokens entering circulation from 15 per block to 14.5 per block, which will further reduce supply.

PancakeSwap has run several Initial Farm Offerings (IFOs) in recent weeks, providing early access to new tokens as soon as they are added to the exchange.The developers are looking at removing the need for users to create CAKE-BNB liquidity pools to join IFOs.They are also evaluating suggestions for “NFT utility, staking requirements, and varying weights of the two pools.Developing these updates takes time and development resources, so you can expect gradual improvements as we bring new IFOs to the table rather than one large change all at once,” they wrote in their monthly update blog post .

The CAKE coin chart shows that the crypto price bottomed out with the broader cryptocurrency markets, but has trended lower since September.

The market moved back up to $23.72 on 19 September, but unlike other cryptocurrencies such as bitcoin (BTC) and ether (ETH), which hit new all-time highs, the CAKE price declined in October, ending the month at $17.68, as the chart shows.

It leaves it with a market capitalisation of $3.5bn ranking it the 52nd biggest cryptocurrency according to CoinMarketCap.

What’s the possible outlook for the future price of the PancakeSwap token?

CAKE coin price prediction: can the price rebound in the long term?

At the time of writing, technical CAKE coin analysis from CoinCodex was neutral, with 13 indicators giving bullish signals and 16 bearish.Its PancakeSwap (CAKE) coin prediction estimated the price could rise to $13.28 by 4 December.

It’s important to keep in mind that cryptocurrency markets remain extremely volatile, making it difficult to accurately predict what a coin’s price will be in a few hours, and even harder to give long-term estimates.

As such, analysts and forecasting websites can and do get their predictions wrong.

We recommend that you always do your own research, and consider the latest market trends, news, technical and fundamental analysis, and expert opinion before making any investment decision.You should also be aware that the past price performance is no guarantee of future returns and never invest more than you can afford to lose.

Cryptocurrency auditing company Certik gave PancakeSwap a security score of 93% in its audit in October last year.It raised nine issues, eight of which have since been resolved.The remaining issue is informational rather than a major concern.

However, whether PancakeSwap is safe for your portfolio is a decision only you can make.Always do your own research.

When it comes to a highly volatile asset like a cryptocurrency token, it’s important that you do your own research to determine whether it’s a suitable fit for your investment portfolio.The decision depends on your risk tolerance and financial circumstances, among other personal factors.

Keep in mind that you should never invest more than you can afford to lose.

Forecasts from prediction sites, like Wallet Investor and DigitalCoin, predicted that the CAKE price could rise over the long-term.Whether you believe those predictions is a decision only you can make.

Keep in mind that analysts and forecasting websites can and do get their predictions wrong.

The future of the CAKE cryptocurrency will depend on the use of the PancakeSwap exchange.Other exchanges could emerge that cryptocurrency traders opt to use instead.The value of the coin will also depend on sentiment on the broader crypto markets in the future, among other factors.

Whether the CAKE price could reach the $100 mark depends on the direction of the broader cryptocurrency markets.

At the time of writing, Wallet Investor was bullish and predicted the price could surpass $100 in 2025, while Price Prediction expected it to average more than $100 in 2026.

In the meantime, Coin Price Forecast did not expect CAKE to surpass $100 by 2033.

Whether you believe those predictions is a decision only you can make.Keep in mind that analysts and forecasting websites can and do get their predictions wrong.

Bitcoin cash price prediction: is the altcoin a dip buy? 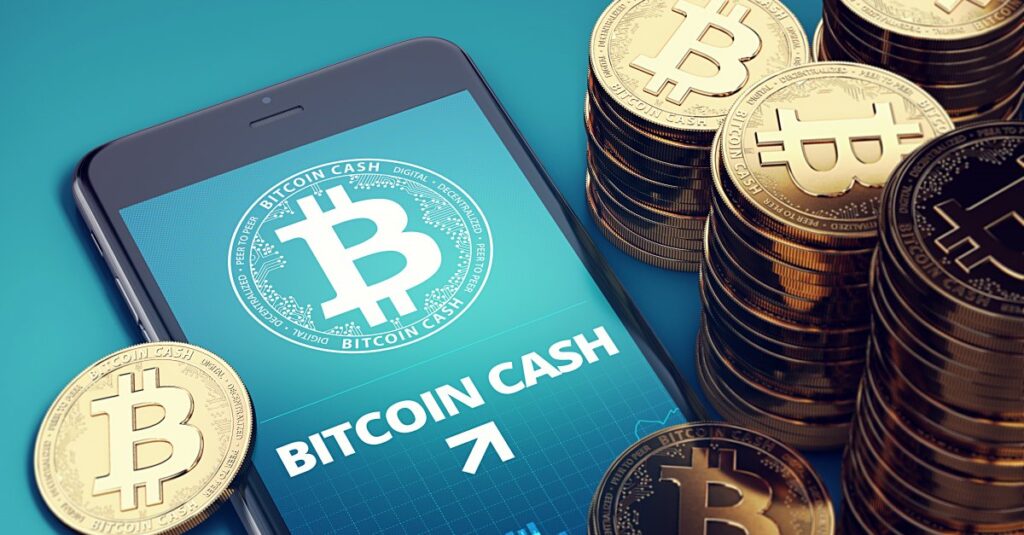