When Catherine Litinsky flew out of Winnipeg for a week-long vacation with friends near London, Ont., in early August, she had already gone through one round of flight cancellations. Litinsky, a law student who was working a summer placement, says WestJet had notified her in July she had been rebooked on different flights that would… 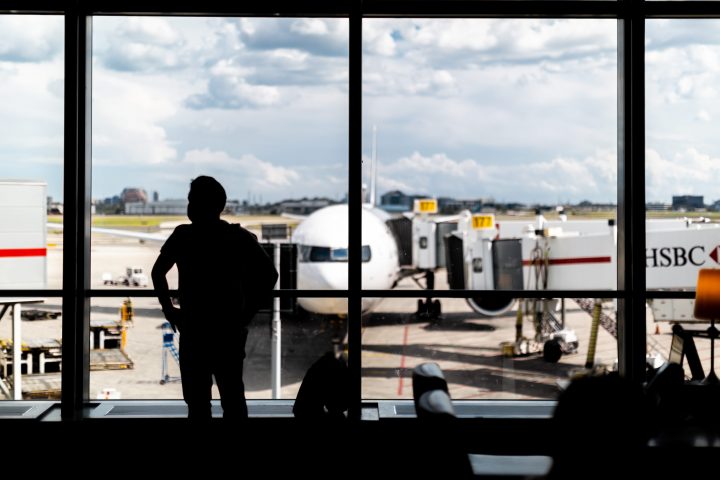 When Catherine Litinsky flew out of Winnipeg for a week-long vacation with friends near London, Ont., in early August, she had already gone through one round of flight cancellations.

Litinsky, a law student who was working a summer placement, says WestJet had notified her in July she had been rebooked on different flights that would have forced her to take one extra day off.Instead, Litinsky cancelled her booking, received a full refund and rebooked herself on Air Canada flights to Toronto and then to London.

“In my mind, I was going like, ‘well, this just isn’t happening.I’m not doing this.This is so ridiculous’,” says Litinsky, who says she had nowhere to stay for one extra night.

Instead, Litinsky hopped into a cab and made her way from London to Toronto’s Pearson Airport, where she was able to catch the flight to Winnipeg, which had not been cancelled.But Litinsky says the taxi ride cost her more than $500.

“It was quite a nightmare,” Litinsky says of the whole experience.

Canadian air travellers have taken to social media in droves to share stories of cancelled flights, lost luggage and hours-long wait times for customer service.Global News has also received many such accounts.

Eager to capture a summer surge in demand from travellers itching to get away after nearly a year and a half of COVID-19 restrictions, airlines have been trying to maximize bookings.

But due to concerns the air-travel spike will be only temporary, they haven’t rehired enough personnel, which has led to crippling labour shortages and a wave of flight cancellations, Gradek says.

“They can’t fly those airplanes that they put out there,” he says.“They’re short pilots (and) they’re short flight attendants.”

Airlines were likely hoping they could make do with skeleton staff by relying on overtime, but as August rolled around, they started running out of overtime, he says.

The email Air Canada sent Litinsky about her London-to-Toronto flight being cancelled due to crew constraints reads: “for example, crew have a ‘duty day’ limit which means they work for a maximum number of hours and one explanation could be that they reached their maximum due to earlier flight delays or connection issues.”

The spike in cancellations isn’t unique to Canada, with the U.S.and the U.K.also experiencing similar problems, according to Gradek.

Canada, which has supplied relief funding to Air Canada, Air Transat and the parent company of Porter Airlines, has been experiencing widespread labour shortages, with an estimated 800,000 unfilled jobs in June.

Air Canada said in a statement to Global News it has recalled around 55 per cent of its flight attendants to operate approximately 35 per cent of its pre-COVID schedule.“Most pilots continued to work through the pandemic,” it added.

The airline said there was an “elevated” number of cancellations earlier in the summer, though it added the situation is now “normalizing.”

“While we thoroughly prepared in advance, for example bringing planes out of storage early and beginning recalls in the spring, there have been some challenges similar to those all airlines have faced.Most relate to the fact that traffic has come back this summer stronger than anyone in the industry expected resulting in resource issues and bottlenecks throughout the air transport system as activity picks up,” it said.

The airline added since May 2021 it has recalled, or is in the midst of recalling and hiring, more than 4,000 staff including pilots, cabin crew members, mechanics and others.“These WestJetters require training to be properly prepared to meet the requirements of their role,” the company told Global News via email.

Trending Stories O’Toole promises to implement national proof of COVID-19 vaccination system 3-year-old boy and father found alive after Quebec Amber Alert: police “While we are seeing positive signs of recovery, our flight schedules are built many months in advance based on anticipated demand.As travel restrictions lift and vaccination rates rise, we are working diligently to predict the balance in demand and to support our guests’ needs,” it also said.

But the airline industry globally had been grappling with a looming labour shortage even before the pandemic.

The United Nations’ International Civil Aviation Organization (ICAO), for example, has been warning of skilled personnel shortages for years.

The pandemic made things worse, Gradek says.Many lower-paid flight attendants have left the industry after the layoffs and shutdowns caused by the health emergency, he says.But the real personnel crunch is pilots and mechanics, which, according to Gradek, take much longer to train and are only qualified to work with certain aircraft.The pandemic, in particular, has led some older, experienced pilots to opt for earlier retirement, he adds.

The good news, though, is that the flight chaos should subside shortly as summer tourism wanes and the demand for business travels remains well below pre-pandemic levels, he adds.

Bernice McKenzie, a Windsor, Ont.-based audiologist, says she was bumped off the first leg of her journey to New Orleans, La., when she wasn’t able to obtain a separate ticket for her 15-month old son.McKenzie, who was set to fly from Windsor to Toronto and then to Detroit, Mich., with Air Canada, had a reservation for her child, who was listed on her ticket as a “lap child” as he would travel on her lap.But McKenzie saysAir Canada staff at the airport told her son would need his own ticket instead even if he wouldn’t be occupying a separate seat.

“That wasn’t going to help whatsoever,” she says, because her flight was set to leave in less than three hours.

McKenzie also reached out to Air Canada on Twitter, but the thread shows she did not receive an answer until around 7.5 hours later.

As a last resort, McKenzie says she offered to pay for a new ticket for her son but says she was told she’d been bumped off her flight, which had been overbooked.

“I was not asked to give up my seat.

McKenzie says she eventually drove herself to Toronto, booked herself on a flight to Detroit on Delta Air Lines and rebooked the rest of her journey to New Orleans.While she was able to make it to her wedding in time, she says she’s out thousands of dollars for the cost of the unplanned hotel stay in Toronto, parking near the airport and the flight she missed.

Read more: Booking or changing a flight? Here are the rules for major Canadian airlines

The plan was for Tinkess, his wife and two children to fly to Calgary, where they would join up with his mother and continue their trip to Nanaimo, B.C.But when Tinkess arrived in Calgary he says he discovered the second leg of his journey has been cancelled due to a wildfire near the Nanaimo airport.

He says WestJet staff told him the airport had been shut down.Tinkess says the airline rebooked the family on two separate flights two Nanaimo, one leaving around 10 hours later and one the morning after, without consulting them.

Foreseeing a long layover, Tinkess booked a hotel near the airport and explored possible alternative routes, such as flying to Vancouver or Victoria and then driving to Nanaimo.But because of a shortage of rental cars, all those options appeared unfeasible, he says.Eventually, concerned the Nanaimo airport would stay closed for several days, the family opted to rebook their flights and return home.

It was only then that Tinkess says he realized the Nanaimo airport never closed, as he said he was repeatedly told by WestJet staff.

Instead, Transport Canada had temporarily suspended in and outbound flights to allow for emergency crews to fight the fire, according to a report by the Nanaimo News Bulletin.While the family has received a partial refund for their flights, Tinkess says he received no assistance from WestJet in figuring out a way to salvage the trip.

“They didn’t help us at all,” he says, adding that even booking the flights back to Fort McMurray took two and a half hours and items of their luggage were temporarily missing when they arrived home.

“We continue to recall contact centre agents, but additional training is involved as many are working for the first time with our new reservation system installed since the pandemic began.We are developing more self-service and online resources to assist customers,” it said.

The airline added customers can ask for a refund for flights cancelled for any reason, and if they were not rebooked on another flight departing or arriving within three hours of their original departure or arrival time, or if a new connection was added to their itinerary.

WestJet said it is currently experiencing “very high volumes” of customer requests through its phone, email and social media channels.

“Our teams are working diligently to assist every guest as quickly as possible,” it said.

The airline added it offers flexible booking options for guests and is providing refunds when requested for “WestJet initiated cancellations and schedule changes that meet eligibility.”

WestJet added that it provided passengers affected by the flight cancellations due to the Nanaimo airspace closure on Aug.21 with “different re-accommodation options” in line with its policies.

Read more: Airline pilots report ‘guy in a jetpack’ flying past them near LAX

In situations within the airlines’ control, large carriers must rebook passengers on competitors’ flights if they aren’t able to accommodate passengers on their own flights leaving within nine hours of the original departure time.

For situations outside the airlines’ control, passengers are entitled to a refund if any rebookings offered do not meet their needs or there is no longer any purpose to the travel because of the disruption.

But air passenger advocate Gabor Lukacs says he’s seen airlines failing to meet both their obligation to provide compensation for flights cancelled due to crew constraints and to rebook travellers on competitors’ flights when necessary.

Lukacs, a long-time critic of the APPR, says the lack of compliance is the result of flaws in the regulations and a lack of enforcement.

“One of the biggest problems I’m seeing structurally is that there are no real financial consequences for airlines that break the law,” he says.

He recommends passengers who believe they didn’t receive adequate compensation sue the airlines in small-claims court.

Both Air Canada and WestJet say they comply with the APPR, including rebooking passengers on competitors’ flights when required.

As for Tinkess, he says he’s in no rush to set foot on an airplane any time soon.

Mon Sep 6 , 2021
This story is available exclusively to Insider subscribers.Become an Insider and start reading now.Kevin Smith is the founder and CIO of macro hedge fund Crescat Capital.Smith has a 2,623 price target on the S&P 500, which he expects to see within a year.In a new note, he lays out 5 'substantial risks' in the market… 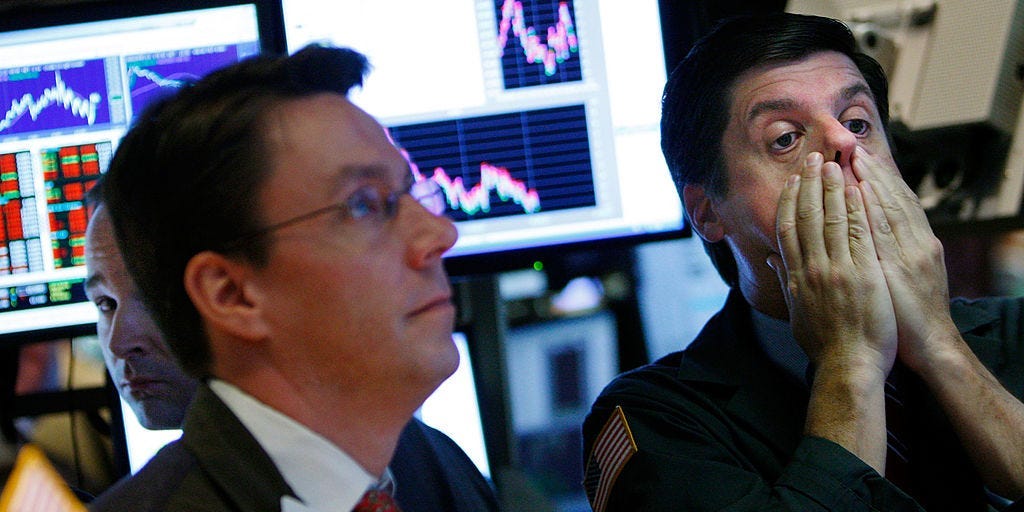