Cardano: Hoskinson lays out the roadmap for Basho and scaling Published 1 hour ago The fourth era of Cardano, Basho, will be all about scaling the network with the second layer solution “Hydra”.The second focus will be interoperability with other proof of work, proof of stake and permissioned ledger systems. In an interview with Show…

Cardano: Hoskinson lays out the roadmap for Basho and scaling
Published 1 hour ago The fourth era of Cardano, Basho, will be all about scaling the network with the second layer solution “Hydra”.The second focus will be interoperability with other proof of work, proof of stake and permissioned ledger systems.
In an interview with Show Me The Crypto, Charles Hoskinson took a deep dive into Cardano , talking about its beginnings, the initial mistakes in development, how he assembled a team of leading cryptographers and developers, the Cardano community, Project Catalyst , and much more.
In the highly recommended interview, Hoskinson also took a look at the roadmap, charting a path for Cardano development after the implementation of the Alonzo hard fork, which will fully enable the Goguen era and with it smart contract functionality.With Goguen, Cardano will complete its third of five development cycles.This will be followed by Basho.Basho will scale Cardano into the millions
This era is about scaling.

It will be about “how do you go from thousands to tens of thousands to a hundred of thousands from millions to billions,” as Hoskinson stated.The second layer scaling solution Hydra will play a central role in this.As the Cardano inventor pointed out, both Plasma and the Lightning Network are “good ideas.”
However, they have the common problem that they were developed independently of the accounting model, smart contracts and the consensus algorithm.

Hoskinson, at his company, IOG, has therefore put the researchers and developers of these key components to work on developing Hydra as well, which will enable them to “build something that is hand-and-glove and seamless, and it does all the things that it is supposed to do with Lightning and Plasma, but it actually works”.
With the infrastructure of 2,000 deployment pools, that means 2,000 channels can run in parallel, with throughput increasing as decentralization grows, Hoskinson explained:
[…] and they are truly parallel and there’s a way to shard and go on-chain and off-chain gracefully which means that you have unlimited throughput for micro payments for transactions and transaction batching and so forth.[…]This month we spooled up the team for it and throughout the whole year we will be building a prototype and basically at some point, when we need it, we can bring it into the network and the stake pool operators run it, and as we get more decentralized, meaning more operators running the system, you get more channels which means that you get more throughput.
Beyond that, IOG is also looking at other solutions for the base layer.

For example, IOG wrote a paper called “Parallel Chains and Ledger Redux,” which is why “they know” how to do it.
[…] and eventually we’re going to roll that out and release a protocol called Ouroboros Omega.But it’s not necessary, the base layer has enough throughput.Even with crazy growth, we are good for this year and next year.And Hydra will get us where we need to go.
The second focus of Basho will be on interoperability, being able to integrate sidechains into the network.As Hoskinson said, it will be about being able to communicate with other proof of work systems and proof of stake systems and permissioned ledgers.

Blockstream actually wrote it down, but they never actually did the hard math work.We did.We created something called the NiPoW, Non-Interactive Proof of Work […]
Basho will be followed by the Voltaire era, which Hoskinson described in the interview as the “most difficult part” of Cardano.It will be about establishing a governance system so that the network can support itself.. 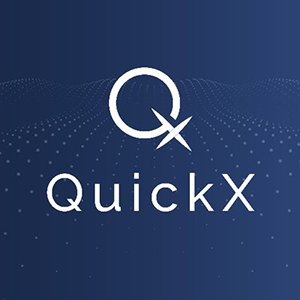