Chainlink’s Plans For Blockchain and Beyond in 2021 6 min read Blockchain in and beyond in 2021 In the past year, decentralized oracle provider Chainlink has been named one of 2020’s most outstanding technology pioneers by the World Economic Forum, been integrated by over 300 projects and seen its LINK token shoot into the top… 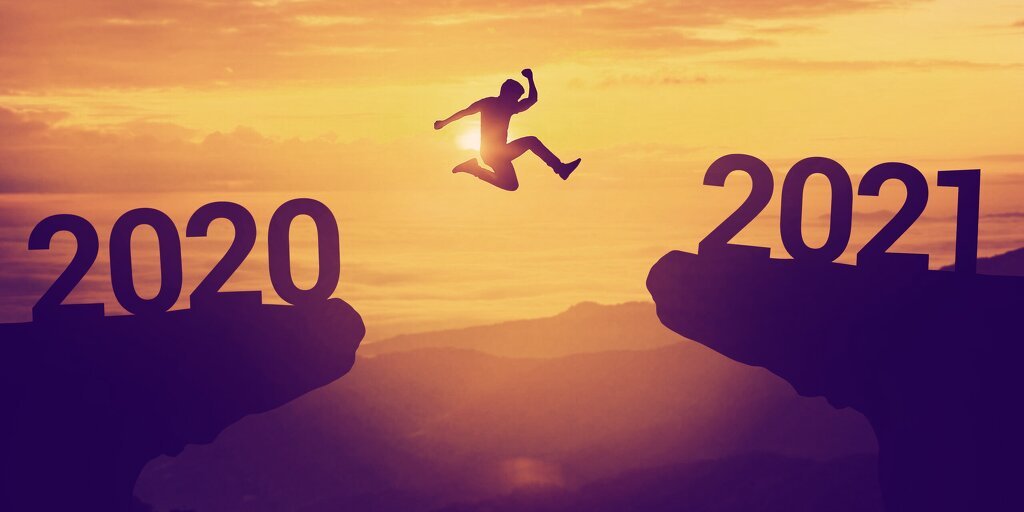 Chainlink’s Plans For Blockchain and Beyond in 2021 6 min read Blockchain in and beyond in 2021
In the past year, decentralized oracle provider Chainlink has been named one of 2020’s most outstanding technology pioneers by the World Economic Forum, been integrated by over 300 projects and seen its LINK token shoot into the top ten as one of the year’s best-performing crypto assets .
If 2020 was Chainlink’s year, it’s fair to say that the company’s co-founder Sergey Nazarov has high expectations to meet for 2021.He told Decrypt that the startup has two ambitious goals for the coming year.
The first is a continued focus on the security and reliability of Chainlink’s oracles, so that the network can scale to accommodate tens of billions of dollars in value.The second is to provide a data-rich environment “in which to build the smart contracts that will come to define our industry.” That, he said, will “seed ecosystems where developers can now build things that they couldn’t build before.” Data and DECO
The oracle network, which enables smart contracts to securely access off-chain data feeds, web APIs, and traditional finance streams, is banking on bringing a wealth of verified data to the blockchain space in 2021.Sergey Nazarov, cofounder of Chainlink.

“We can’t even predict how people are going to build around them.

They’ll build fascinating things like prediction markets and all kinds of use cases that I’m extremely excited to see.” 2020 Has Been Chainlink’s Year.Here’s Why
Instrumental in Chainlink’s plans is its 2020 acquisition of DECO , a verification protocol for oracles.Developed by Cornell University researchers, DECO can prove the authenticity of data, while ensuring privacy, and the startup is now in the process of integrating it.
DECO, said Nazarov, is going to make all kinds of data available.Identity data, for example, can be verified, allowing a transaction to meet know-your-customer (KYC) or anti-money-laundering (AML) requirements, without exposing any sensitive information on-chain.
Notably, he said, DECO has already attracted interest—even from outside the blockchain space.

Diversifying DeFi
2021 will see Chainlink generating more verifiable proof of reserves , said Nazarov.The mechanism, developed by Chainlink, means that oracles update and provide information about reserve funds, such as those held by stablecoins , on-demand—which can then be used by other DeFi applications on Ethereum.The mechanism is already in use by stablecoin tUSD , and crypto custodian BitGo .
“It proves that there’s collateral out there that is actually backed by real world assets that we consistently check to make sure that they are in existence; that they’re at a certain value,” said Nazarov.“That makes the off-chain world’s collateral acceptable to the onchain world,” he explained.
Chainlink’s objective, he added, was to make DeFi “about different types of collateral so people have diversification of risk.”
During the 2020 decentralized finance boom, hundreds of DeFi projects integrated Chainlink.The startup also launched its verifiable randomness mechanism for gaming applications, and collaborated with insurance providers enabling them to build new financial products.More access to on-chain resources will fuel innovation.

Image: Chainlink
Nazarov is proud of the virtuous cycle that he said springs from Chainlink’s areas of focus.
“The dynamic that we’re aiming for is that all of the DeFi market growth will create a market for gaming NFTs; it’s going to create a market for insurance products to be sold into the DeFi market, because once you have revenue from an insurance product, you can take that revenue, turn it into a smart contract and sell it as collateral into the DeFi market,” he explained.
This, he said, will ensure that the DeFi market is “diversified, in terms of risk, because it has all these other types of collateral.” Ramping up integrations, developer funding and use-cases
In 2020, the Associated Press, one of the world’s most trusted news agencies, integrated Chainlink in order to publish the results of the US election cryptographically on the blockchain.The agency is now running a Chainlink node, and Nazarov expects more data providers to come on board in 2021—either on their own, or with a partner.
Prior to 2020, Chainlink had focused on the Ethereum blockchain; over the course of the year, though, it broadened its scope, with both Polkadot and Tezos integrating its technology.2021 promises more non-Ethereum integrations, said Nazarov: “We’re already in the final stages of integration with many different chains.”
The team is also ramping up its grants program , introduced in July 2020, and working on a new focus “beyond gaming and insurance,” which is yet to be announced.

Nazarov noted that supply chain verticals “are going to be interesting,” adding that, “Supply chains are something that moves relatively slowly as a category and as an industry, but I think that blockchains have a lot of value to provide there.”
He also hinted at growing interest from IT consultancies employing Chainlink in building solutions for their users.DeFi’s black cloud
But Nazarov sees a “big dark cloud” on the horizon.In 2020, a series of outages, the result of what have become known as “flash loan attacks,” blighted a number of DeFi projects.
In the past few months, Harvest Finance lost $34 million, Cheese Bank lost $3.3 million; Akropolis suffered a $2 million loss; Value DeFi lost $6 million; Pickle Finance lost $20 million; and Warp Finance lost $8 million.
“These DeFi flash loan attacks are misnamed,” said Nazarov.

“They make people think about a flash loan as something bad, whereas what they really are is price oracle attacks.” Why DeFi Flash Loan Attacks Will Keep Happening: Chainlink Co-Founder
The only way to guard against them, he said, is to use a decentralized oracle service like Chainlink, which pulls price data from hundreds of exchanges, rather than using a single exchange as a price source.Otherwise, “someone without any understanding of how to code can simply go manipulate the market in that exchange and therefore change the price—triggering your contract.” At the end of 2020, Chainlink and the World Economic Forum proposed industry standards for decentralized oracles in a new academic paper.
While flash loan attacks have been relatively small in size, to date, Nazarov warned that “tens of millions or hundreds of millions of dollars” is at stake, and “more people need to view oracle security as seriously as they take smart contract security.” Blockchain in and beyond in 2021
Without revealing names, Nazarov said he’d recently seen increased interest in Chainlink’s technology from traditional web companies—non-blockchain companies, wanting to use an oracle network to prove something to them.
“What we might see in 2021 is more web and enterprise systems that aren’t using a blockchain, but are using Chainlink to prove things to them,” he said.“And the fact that Chainlink can prove something to them might be valuable separately from proving it to a blockchain.”
In a statement announcing the WEF paper , issued after Decrypt’s interview, Nazarov spoke further about the prospect of non-blockchain entities, traditional financial institutions and government IT initiatives introducing oracles in order to become blockchain-enabled.The paper sets out the considerations involved in using existing IT infrastructure with the help of a blockchain oracle such as Chainlink.
“I don’t imagine it’s going to slow down,” said Nazarov, referring to Chainlink’s growth in 2021..