by Arshmeet Hora | Sep 17, 2018 | Bitcoin , Cryptocurrency , Cryptocurrency News Way back in 2011, Charles Hoskinson, the co-founder of Ethereum and Cardano, stepped on to the cryptocurrency wagon. At that time the bitcoin was valued at just over $1. A lot of change has taken place in terms of infrastructure supporting…

by Arshmeet Hora | Sep 17, 2018 | Bitcoin , Cryptocurrency , Cryptocurrency News
Way back in 2011, Charles Hoskinson, the co-founder of Ethereum and Cardano, stepped on to the cryptocurrency wagon. At that time the bitcoin was valued at just over $1. A lot of change has taken place in terms of infrastructure supporting the market and blockchain systems since then; Hoskinson recalls the good old days.
Hoskinson is currently the CEO of IOHK, a technology company that leads the development of Cardano (ADA) and Ethereum Classic (ETC).

In an interview with Mpho Dagada , Hoskinson tells his story that started with bitcoin mining in 2011. As the price of Bitcoin increased by 250-fold from $1 to $250, in 2013, he decided to foray into the sector with a passion to lead major projects. Inception of Ethereum
Hoskinson reveals that initially, a Chinese entrepreneur approached him to create a stablecoin for $500,000 in funding. Tether (USDT) was not around at the time and neither was any other stablecoins that market investors could utilize to hedge the value of cryptocurrencies to that of the US dollar.

After passing on the offer he met Dan Larimer, the creator of BitShares. Together they worked with the first decentralized cryptocurrency exchange platform.

Although some differences between himself and Larimer, pushed him to leave the company.
After which he met Anthony Di Iorio and Vitalik Buterin to create Ethereum.

Hoskinson elaborates:
“[Anthony told me] There’s this kid called Vitalik, at that time he was 19, and he’s writen this great white paper. I can’t really make heads or tails of it. Can you read it? Let me know what you think. And I said sure, Anthony. So I read the paper, was very rough but I said, there’s something here and that’s how I met Vitalik Buterin.”
In January of 2014, Hoskinson and the rest of the founding members of Ethereum including Buterin, Joseph Lubin, Di Iorio, and Gavin Wood met at the North American Bitcoin Conference, to officially develop and launch Ethereum.

He adds:
“The North American Bitcoin conference in January 2014. So Anthony rented a beach house, we all bought her own way. There we met everybody, Joseph Lubin, Gavin Wood came, a lot of the big guys now who were not so big guys back then came and that was really the birth of a Ethereum.” Ethereum’s growth over the years
Since 2014, the cryptocurrency sector has evolved by leaps and bounds in regards to the market infrastructure, blockchain systems, and scalability. The launch of Ethereum that year opened up the possibilities of decentralized applications (dApps) and the first decentralized computing system in the world.
Ethereum also enabled the initial coin offering (ICO) market, which allows blockchain projects to raise billions of dollars to develop blockchain protocols.

Notably, led by Dan Larimer, the EOS was the biggest ICO in history having raised over $4 billion.
In 2015, Hoskinson launched Cardano, the first Proof-of-Stake (PoS) blockchain protocols specifically built to handle dApps and payments with two separate layers to maximize scalability. Both Ethereum and Cardano have experienced exponential growth since then. The companies still continue to work hard for a bigger brighter future.

Read More: Ethereum’s Constantinople Hard Fork to Activate on Testnet in October
Arshmeet Hora
The idea of expressing one’s views and reviews through words is beyond intriguing. What started as a creative let out has now become a passion and a profession for Arshmeet K Hora.

In her own words ” with every word, every article that I write, my passion towards this medium has grown stronger.” Arshmeet covers latest crypto news and updates as well as what happening new revolving around Blockchain Technology. Advertisement Get Latest Bitcoin and Crypto News Like us on Facebook .

Has Spencer Dinwiddie Got a Deal for You

Mon Oct 15 , 2018
B/R Mag Has Spencer Dinwiddie Got a Deal for You The Nets' late-bloomer is at the forefront of the NBA's investing class of players, but it isn't stocks or real estate that drive his ambitions; it's bitcoin. It's a wild ride, but for the league's most adventurous financial speculators, the potential returns are worth the… 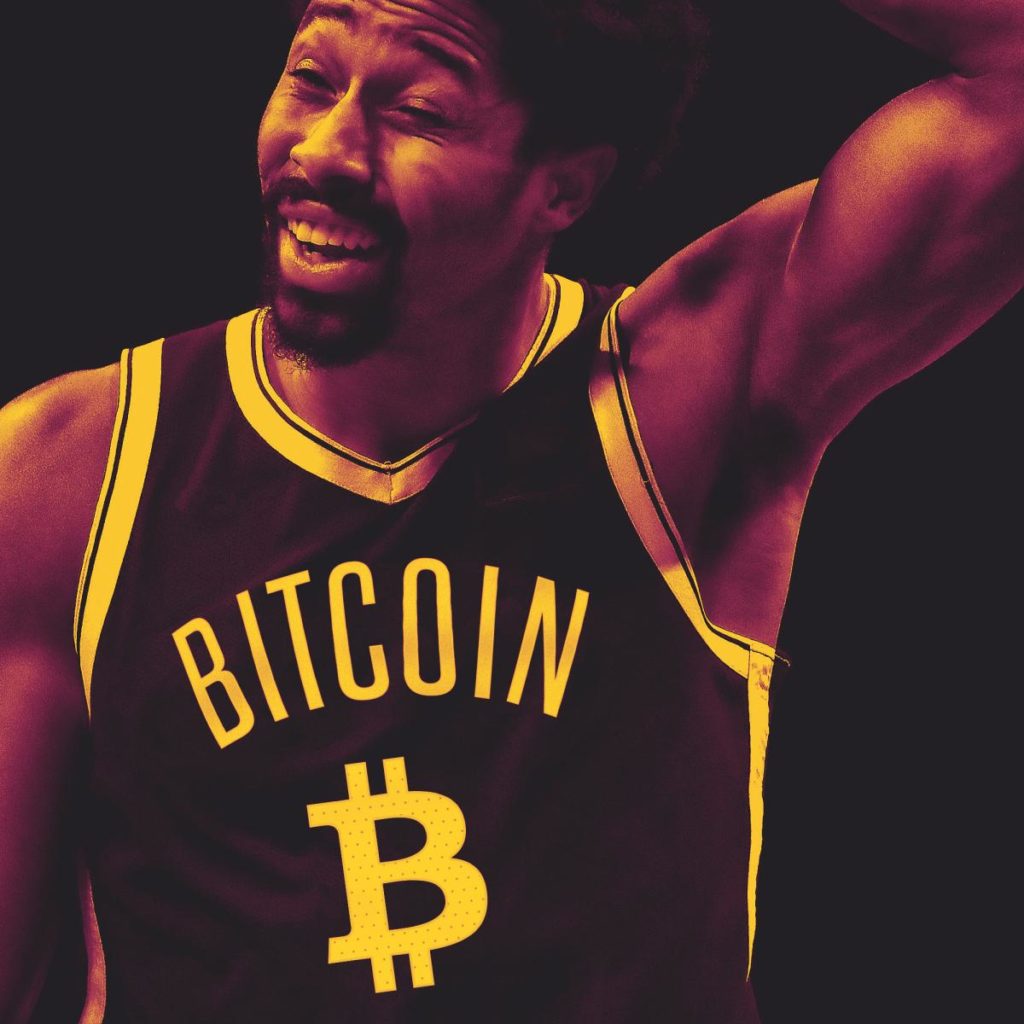