Scores of the most respected climate scientists in the world have called on Boris Johnson to bring an end to new oil and gas development in the UK ahead of the Cop26 climate summit.An influential report from the world’s energy watchdog released in May said there can be no further fossil fuel expansion anywhere if… 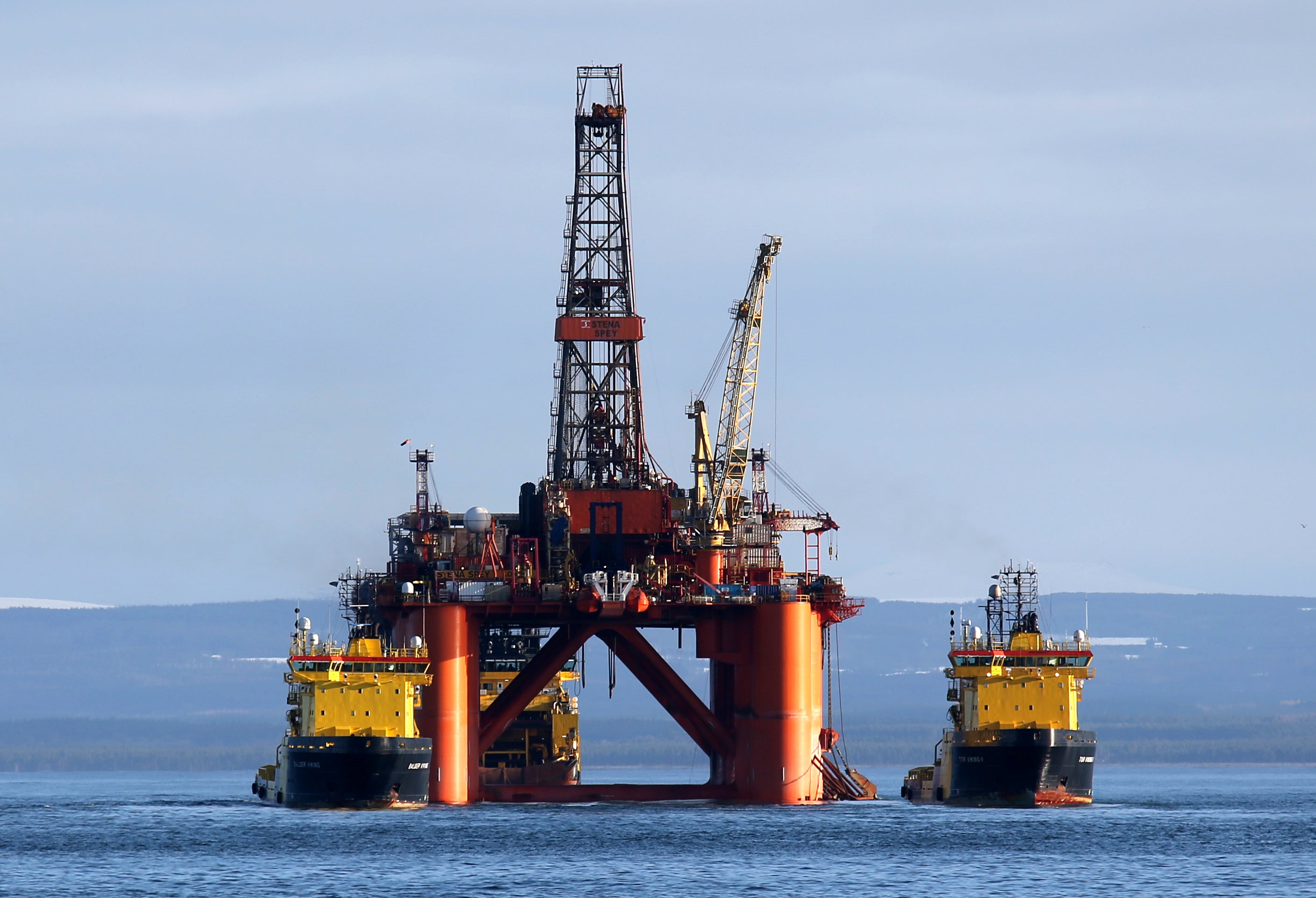 Scores of the most respected climate scientists in the world have called on Boris Johnson to bring an end to new oil and gas development in the UK ahead of the Cop26 climate summit.An influential report from the world’s energy watchdog released in May said there can be no further fossil fuel expansion anywhere if global climate targets are to be met.But the UK has refused to rule out the possibility of new oil and gas licences in the North Sea – and the prime minister is considering signing off on a controversial project to drill at Cambo, an oil field to the west of Shetland.If approved, the project would produce up to 170 million barrels of oil between 2025 and 2050.In a letter seen by The Independent , 70 leading climate scientists from across the globe argue that the UK must take “bold political action” on fossil fuels and rule out new oil and gas investment to ensure the Glasgow summit starting in two weeks is a success.It comes after Mr Johnson told other world leaders to “grow up” on the climate crisis and “recognise the scale of the challenge we face” in a speech to the United Nations general assembly in New York last month.Letter signee Dr James Hansen, a former Nasa scientist known for his role in raising the alarm on the climate crisis, said the UK must urgently set out a concrete plan for moving from fossil fuels to low-carbon electricity sources such as renewables and nuclear.“Boris Johnson could lead the world toward a bright future if he would announce such a plan or firm intentions to construct such a plan,” he told The Independent .“Without such, Cop26 will be just like the prior Cops, a bulls*** session where leaders promise to pursue goals for some period in the distant future.”Reports emerged this week that president Xi Jinping of China – the world’s largest annual greenhouse gas emitter – does not plan to attend the summit starting on 31 October.The Queen, who is due to appear at the Glasgow meeting, was on Thursday overheard expressing her concern over which leaders will attend.At the opening of the Welsh Senedd in Cardiff, she was heard saying: “We only know about people who are not coming,” before adding: “It’s really irritating when they talk, but they don’t do.”Dr Friederike Otto, one of the world’s leading experts in extreme weather science and an author of a recent landmark report from the Intergovernmental Panel on Climate Change (IPCC), said it was clear further fossil fuel development would be at odds with the UK’s legal goal of hitting net-zero emissions by 2050.“Every tonne of carbon matters.It means higher global temperatures, more and hotter heatwaves and more lives and livelihoods lost,” she told The Independent .“The worst aspect is that it’s the poor people in this and other countries who pay the price, including with their lives, for the government’s continued delay in climate action.This decision is increasing the inequity, getting us even further from climate justice.” The Independent’s Stop Fuelling the Climate Crisis campaign is shining a light on fossil fuel production in the UK ahead of Cop26.The letter cites recent research which found that 60 per cent of existing oil and gas reserves must be left in the ground if the world is to have even half a chance of preventing global temperatures from rising by more than 1.5C – the international aspiration set by the Paris Agreement in 2015.“Approving the Cambo oil field off Shetland would be flatly inconsistent with the science,” the letter says.“Moreover it will undermine the UK’s credibility in the eyes of its international partners at a time when Cop26 diplomacy is rightly seeking to deepen climate ambition.”The letter calls for the prime minister to stop investment and licensing for new oil and gas fields and to introduce ambitious fossil fuel demand management policies to stem the risk of future oil and gas imports.It also urges the government to end its policy of “maximising the economic recovery” of oil and gas in UK waters – and to ensure support is given to oil and gas workers looking to move into low-carbon industries.Climate protesters erected a Boris Johnson statue splattered in oil in Whitehall on Monday Letter signee Dr Michael E Mann, a distinguished professor of atmospheric science at Pennsylvania State University and author of The New Climate War , said Mr Johnson must “walk the walk” on fossil fuels at Cop26.“Boris Johnson and other heads of state have made bold pledges going into Cop26.

There is still an implementation gap between their words and their actions,” he told The Independent .“They need to not just talk the talk but walk the walk and do all within their power to prevent oil and gas expansion.”Navraj Singh Ghaleigh, a senior lecturer in climate law at the University of Edinburgh, who coordinated the letter, added: “Prime minister, the message from the world’s climate scientists couldn’t be clearer: if we want a liveable planet, we need to stop investing in new oil and gas developments now.“That means stopping the Cambo oil field and getting rid of the UK’s scientifically illiterate policy of extracting every last profitable barrel of oil and gas out of the North Sea.

Make this the sign that you are listening.”Tessa Khan, an environmental lawyer and founder of the oil and gas campaign group Uplift, said Mr Johnson “must listen to the warnings of climate scientists”.“New drilling in the North Sea increases the harm caused to the climate, which will be felt by communities around the UK,” she said.“It’s his job to protect people in this country, not the bottom line of fossil fuel companies.He needs to stop Cambo and start investing seriously in the industries and jobs that have a future.”A No 10 spokesperson said Mr Johnson has made tackling the climate crisis “his personal international priority”.“He has been clear that Cop26 must be the moment that every country, and every part of society, embraces their responsibility to protect our shared future and is looking forward to meeting with leaders – from big emitters to climate-vulnerable nations – to make sure Cop26 counts,” the spokesperson said.“While we are working hard to drive down demand for fossil fuels, there will continue to be ongoing demand for oil and gas over the coming decades as the UK transitions to low-carbon solutions – and this is recognised by the independent Committee on Climate Change [sic].”Lord Deben, the Conservative peer who chairs the Climate Change Committee (CCC), previously told The Independent that the UK’s plan for transitioning away from oil and gas in the North Sea is not ambitious enough.Dear Prime Minister,With less than 50 days until Cop26, we are writing to you as concerned climate scientists and academics, urging you to take bolder action on UK oil and gas policy.Recent events have highlighted the worsening impacts of the climate crisis, with heat waves and forest fires in North America, Turkey and Greece, and flooding in Germany and the UK.Indeed, every inhabited region of the planet is now affected by extremes of heat, precipitation, and drought, increasingly compounded.The costs – human, economic, ecological – of delay are ever more unsustainable.On 9th August, the IPCC released their starkest warning yet on the dangers posed to all by climate change.It is unequivocal that human influence, principally the burning of fossil fuels, has caused widespread and rapid changes to the planet.The UN secretary-general Antonio Guterres described these findings as “Code red for humanity”, and has called on countries to “end all new fossil fuel exploration and production, and shift fossil fuel subsidies into renewable energy”.No sector exemplifies the gap between scientific necessity and planned investment more starkly than oil and gas.In May, the International Energy Agency’s net zero 2050 roadmap highlighted that Paris-aligned decarbonisation does not allow for investment in new oil and gas fields.

In fact, a recent paper in Nature has found that 60% of existing oil and gas reserves must remain unburnt in order to align supply with 1.5C.The UNEP’s production gap report demonstrated that between now and 2030 global production of oil and gas must decline by 4% and 3% respectively, with developed economies such as the UK reducing supply most rapidly.Approving the Cambo oil field off Shetland would be flatly inconsistent with the science and guidance above.Moreover it will undermine the UK’s credibility in the eyes of its international partners at a time when Cop26 diplomacy is rightly seeking to deepen climate ambition.It is vital that the UK, as host of Cop26, delivers outcomes in Glasgow to get the world on track for 1.5C.To do this, the UK must demonstrate its commitment to act in the interests of the planet and foster global cooperation on climate change.We are calling on you to bring forward measures to:● Stop investment and licensing for new oil and gas fields;● End the policy of Maximising Economic Recovery from North Sea oil and gas;● Introduce ambitious fossil fuel demand management policies to obviate the risk of future oil and gas imports;● Ensure a managed and just transition away from oil and gas production, redirect investment towards low-carbon industries, and ensure affected workers are able to transfer smoothly into these new sectors.These combined measures will be essential to deliver the 6th Carbon Budget and meet the country’s net zero target.They are also exactly the sorts of action which the IPCC says will “lead within years to discernible effects on greenhouse gas and aerosol concentrations [under which] discernible differences in trends of global surface temperature would begin to emerge from natural variability within around 20 years…” [SPM, D.2]It is still possible to act decisively against climate change.Actions taken in the year of Cop26 will set the course for a critical decade of action on climate change.

Wed Oct 20 , 2021
A gang behind the kidnapping of 17 American and Canadian missionaries in Haiti will demand a ransom of up to $1 million per head, experts have warned.The captives are missionaries from the Ohio-based Christian Aid Ministries and include five children, the youngest just two years old.They were forced out of a bus at gunpoint after… 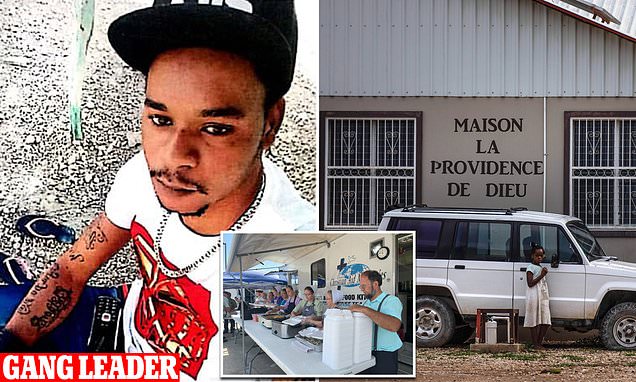