Covid: Europe region faces 700,000 more deaths by March – WHO Published 1 day ago Image source, Reuters Image caption, The WHO said it expected “high or extreme stress” in intensive care units in 49 countries of its Europe region in March A further 700,000 people could die of Covid by March in Europe and… 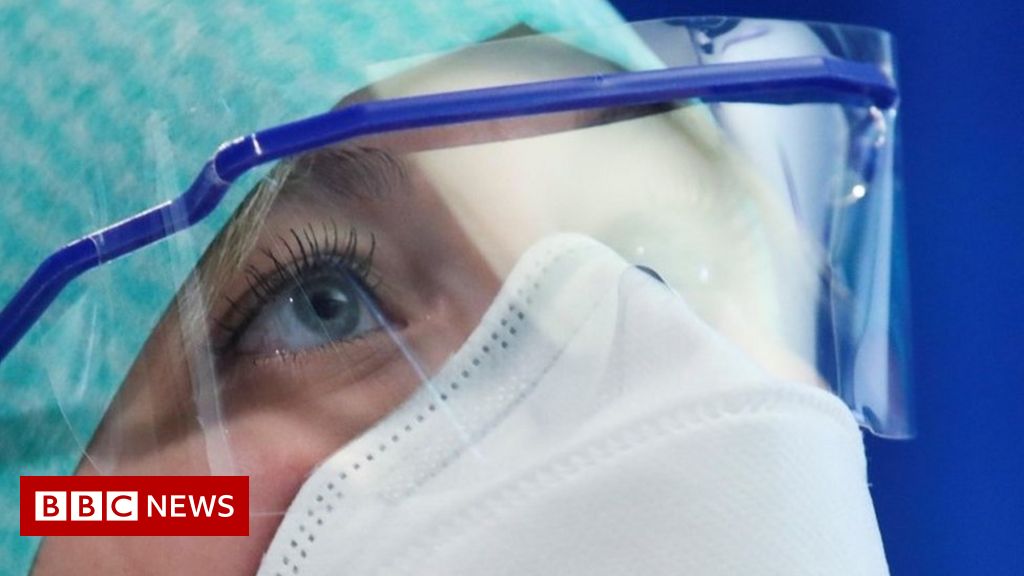 Image source, Reuters Image caption, The WHO said it expected “high or extreme stress” in intensive care units in 49 countries of its Europe region in March A further 700,000 people could die of Covid by March in Europe and parts of Asia, the World Health Organization has warned.

The death toll already exceeds 1.5 million in the 53 countries of what the WHO terms as its Europe region.

The WHO warned of “high or extreme stress” in intensive care units in 49 of the nations by March 2022.

Europe is facing a surge in cases, prompting Austria to return to lockdown and others to consider fresh measures.

A number of countries – including France, Germany and Greece – could also soon make booster jabs a requirement for their citizens to be considered fully vaccinated.

But several countries have seen fierce protests against new measures.The Netherlands saw several nights of rioting over a partial lockdown.

This video can not be played

To play this video you need to enable JavaScript in your browser.Media caption, Watch: Fireworks and chaos on the streets in the Netherlands In its assessment, the WHO warned Covid was the top cause of death in its Europe region.

“Cumulative reported deaths are projected to reach over 2.2 million by spring next year, based on current trends,” the WHO said on Tuesday.

Covid map: Where are cases the highest? Covid vaccines: How fast is worldwide progress? In Russia alone, the daily death toll has been recently topping 1,200.

A high number of unvaccinated people and the prevalence of the Delta variant in some countries were key factors behind high transmission rates in the Europe region, the WHO said.

The WHO Europe director, Dr Hans Kluge, urged those who were still unvaccinated to get the jab.

“All of us have the opportunity and responsibility to help avert unnecessary tragedy and loss of life, and limit further disruption to society and businesses over this winter season,” he said.

As well as European nations, the WHO also considers Israel and ex-Soviet states like Tajikistan and Uzbekistan as making up the region.

Unlike the UK – and England in particular – many parts of Europe kept major restrictions in place for much longer.

Whereas England fully unlocked in mid-July, parts of Europe did not do this until the autumn, and in many places kept tougher restrictions in place even as they did.

Part of this was to do with timing.The UK was hit by the more infectious Alpha variant and then Delta sooner, meaning it was in a position to push ahead with unlocking before others.

But it was also a conscious choice backed by the government’s top scientists, Prof Chris Whitty and Sir Patrick Vallance.

The logic – along with the benefit of ending restrictions that themselves cause harm to health – was that it was better to have the rebound in infection, the so-called exit wave, in the summer.

It was felt the increase in the spread of the virus would be mitigated by the better weather, meaning more time spent outdoors, and would avoid the winter crunch when pressure on the health system increases across the board.

Read more: Can UK avoid a Europe-style return to lockdown?

Fri Nov 26 , 2021
Did you see what President Biden tweeted?(Probably not, because they were earnest missives about booster shots and preschool access .) Did you hear about the latest chaos at the White House?(Doubtful, because turnover is low.)Can you believe he insulted the chancellor of Germany and shoved the prime minister of Montenegro?(No, because we all know Biden…