Helium was touted as the best real-world use case of Web3 technology.But as it struggles to generate revenue, a Forbes investigation found that executives and their friends quietly hoarded the majority of wealth at the project’s inception.By Sarah Emerson , David Jeans , & Phoebe Liu E ven for someone skeptical of crypto, Helium’s pitch…

Helium was touted as the best real-world use case of Web3 technology.But as it struggles to generate revenue, a Forbes investigation found that executives and their friends quietly hoarded the majority of wealth at the project’s inception.By Sarah Emerson , David Jeans , & Phoebe Liu E ven for someone skeptical of crypto, Helium’s pitch was hard for Dulce Davis to ignore.

Backed by investors Andreessen Horowitz and Tiger Global, the $1.2 billion Web3 company said it was building the “People’s Network,” a global wireless internet connection for objects like parking meters and dog collars.All Davis had to do was spend $500 on a machine that looked like a wifi router, plug it into her wall and receive Helium’s cryptocurrency in return — a recurring passive stream of income.One Helium investor claimed that owners could recoup their purchase in a few weeks.

Even better: If demand for Helium’s system took off, driving up the value of its Helium Network Token, or HNT, the company implied that the network’s gains would be shared by all.In a company blog post from 2018 , Helium COO and chief hype master Frank Mong wrote that one of the tenets of the Helium network is that it’s fair.

“Everyone has an equal opportunity to mine,” he wrote.

Davis is one of thousands of people who bought into Helium’s promise, together spending an approximate $500 million on hotspots they believed would pay steady dividends.But so far, citizens of the People’s Network have seen vanishingly small crypto rewards.

After waiting more than six months for her $500 hotspot to arrive at her home in Houston, Davis has mined a single token in three months — about $5.“I could have used my money elsewhere and actually gained some income,” the 52-year-old real estate agent told Forbes , “not lose it after I pay my electricity bill.”

But Helium has made a handful of people disproportionately rich: its executives and their friends.

“This thing was set up to enrich the founders and early supporters at the expense of everyday people.”

Lee Reiners, Policy Director at the Duke Financial Economics Center A review of hundreds of leaked internal documents, transaction data and interviews with five former Helium employees suggest that as Helium insiders touted the democratized spirit of their “People’s Network,” they quietly amassed a majority of the tokens earned at the project’s start, hoarding much of the wealth generated in its earliest and most lucrative days.

Forbes identified 30 digital wallets that appear to be connected to Helium employees, their friends and family and early investors.

This group of wallets mined 3.5 million HNT — almost half of all Helium tokens mined within the first three months of the network’s launch in August 2019, according to a Forbes analysis that was confirmed by blockchain forensics firm Certik.Within six months, more than a quarter of all HNT had been mined by insiders — valued at roughly $250 million when the price of Helium peaked last year.Even after the crypto price crashed, the tokens are still worth $21 million today.

Cryptocurrency companies typically compensate early investors and employees for building their offerings with an allotment of tokens, and disclose these rewards in blog posts or white papers.While Helium and its executives have publicly discussed their incentive plan — a scheme called Helium Security Tokens, or HST, which guarantees about a third of all HNT for insiders — they haven’t previously disclosed the additional windfall taken from Helium’s public token supply, worth millions, that was identified by Forbes .

This means that at a time when Helium rewards per hotspot were at their highest, insiders claimed a majority of tokens, while little more than 30% went to Helium’s community.Each hotspot earned an average 33,000 HNT in August 2019, according to blockchain data; today, each hotspot only earns around 2 HNT per month.Some insiders exploited vulnerabilities known to the company to increase their hauls even more.

“This is a recurring pattern in the crypto economy,” says Lee Reiners, Policy Director at the Duke Financial Economics Center, who teaches cryptocurrency law at Duke Law.

“This thing was set up to enrich the founders and early supporters at the expense of everyday people who bought hotspots thinking they were going to bring value.”

Amir Haleem, Helium’s co-founder and CEO, said in an interview that approximately half of the initial hotspots were distributed to employees, and their family and friends.“None of those numbers feel unreasonable to me or egregious in any way,” he told Forbes .

When asked if Helium should have disclosed this additional insider windfall to its community, Haleem said, “I don’t know why we would be asked to be in a position to reveal anything about these people…They took an enormous risk and a huge chance on paying money to build something.”

In response to detailed questions about its Helium investment and the finding that insiders amassed a majority of tokens earned at the project’s inception, Andreessen Horowitz partner Ali Yahya, who led the firm’s token sale in Helium, said he was excited to support the company’s advancement and lauded the “unprecedented scale” of its network.Tiger Global declined to comment.Neither Andreessen Horowitz nor Tiger Global appeared in this early insider group.

One notable beneficiary of such preferential access was a preteen from Atlanta, Georgia who became Helium’s de facto kid mascot by bootstrapping a multi-million-dollar mining empire from hotspots allegedly purchased with chore money.

The then 11-year-old boy’s father, Arul Murugan, who was introduced to Helium via investor Multicoin Capital, secured dozens of devices “carved out of the initial supply of hotspots,” said a former Helium employee.Haleem told Forbes that Murugan eventually purchased roughly 1,000 hotspots, but declined to comment on Murugan’s affiliation with the company or its investors at that time.Murugan did not respond to a request for comment.

Got a tip about a cryptocurrency or Web3 project? Or do you have additional information about Helium and its network? We’d like to hear from you.Contact David Jeans at [email protected] .

Helium isn’t the first crypto project to have made lofty promises, only to leave the people who bought into them feeling shortchanged .Amid a “crypto winter,” and signs that the SEC is preparing to crack down on crypto companies for listing unregistered security offerings, Helium’s cryptocurrency price has plummeted, meaning the few tokens users have mined are worth less than $5 each — a fraction of their $55 peak in November 2021.

Given the financial incentives already set aside for executives and investors, the insiders’ bounties are hard to reconcile with the meager rewards seen by hotspot owners, who are dismayed by their returns.“I could do without the 0.02 cents bi-weekly earnings,” wrote one Reddit user who claimed to have given up on Helium entirely.

Wrote another : “Does anyone else think that Helium (HNT) is a well coordinated scam?”

When publicly confronted by Helium users about the service’s shortcomings, Haleem has countered that its moment has yet to arrive.“Is Helium a spectacular failure and proof that web3 sucks?” he tweeted in July in response to criticism over Helium’s low earnings.

I n 2013, Napster cofounder Shawn Fanning and Haleem, who was then a prominent game designer, launched a startup they called Skynet Phase 1, a reference to the genocidal computer system from the Terminator franchise.The company, which was later rechristened Helium Systems, claimed to be creating a wireless network for the Internet of Things, one of the hottest areas of VC investment.

With Fanning’s celebrity, Helium secured big name investors such as Khosla Ventures and Salesforce founder Marc Benioff for a $15 million funding round in 2014.But after five years of failed product launches powered by $50 million in investments, Helium pivoted to the buzzy crypto market, and the People’s Network debuted in August 2019.(Fanning departed the company before the blockchain launched, according to three sources; he did not respond to a comment request.)

“The Helium vision is the most ambitious we have seen in the blockchain space since the advent of smart contracts on Ethereum,” Multicoin Capital partner Tushar Jain wrote , announcing a $15 million series C funding round ahead of the launch.(Benioff did not respond to a comment request.

Multicoin Capital spokesperson John Reed said the firm is “proud to back Helium as the network scales.”)

The bet that crypto could convince regular people to build a grassroots telco for IoT devices seemed to pay off at the start.Users earned tokens when their hotspots processed data or validated other devices, and some early hotspot owners reported bounties worth tens of thousands of dollars per year.Helium celebrated the success of one young entrepreneur, the son of investor Arul Murugan, who claimed that his suite of hotspots generated $100,000 worth of rewards in one year alone.It was enough to launch his startup Emrit, a Helium revenue-sharing business that claims to have since deployed “ tens of thousands ” of devices around the world.

But at the same time, Helium discovered its nascent system was rife with cheaters.To artificially inflate their rewards, some users bought multiple hotspots — sometimes dozens — and manipulated their locations so they appeared spread across a city or town, when in fact they were all within a single property.This had the effect of generating impeccable signal clarity when the machines authenticated one another, and therefore a larger number of tokens.

“Closet clusters,” as they were known by Helium employees, were widespread, with reports of them popping up in nature reserves in Poland and even Area 51 .

Helium employees caught one perpetrator in the Southwest who arranged their cluster in the shape of a middle finger — visible at the time on an older version of the company’s app, one source told Forbes .

“We’re not commenting on our internal business practices here.”

Nova Labs CEO Amir Haleem While the community now manages a blacklist of more than 70,000 hotspots belonging to possible cheaters, and Helium claims to have implemented anti-spoofing measures, it was widely known within the company that employees engaged in the practice too, three former Helium employees said.“When you see customers doing it, it’s like, well, what am I doing working?” said one of these former employees.

“Why aren’t I just minting money by putting hotspots in a closet?”

Haleem said the company has been focused on how to fix spoofing, “rather than who was responsible for the issues.” He added that he was not aware of staff cheating the network, telling Forbes , “We weren’t looking closely at what employees were doing.”

Nearly 12 months after it launched, Helium said its hotspots spanned more than 1,000 cities across North America.Major crypto exchanges Binance and FTX listed its tokens shortly thereafter, allowing people to buy, trade and sell HNT.By July 2021 , more than 100,000 hotspots were online, though HNT rewards were steadily declining.Like other crypto projects, Helium’s initial token distribution was its largest, with more than 60 million HNT issued in its first year, a sum that halves every two years to protect the value of the cryptocurrency, according to project documentation.

In August 2021, Andreessen Horowitz led a $110 million token sale, and the value of Helium’s token continued to rise until it reached $55 in November.Haleem’s dream of “creating a more connected world,” three Andreessen partners wrote in a blog post at the time of the sale, had “become a reality.”

A glowing New York Times profile in February this year all but cemented Helium’s image as a Web3 success story, arguing that Helium had “largely avoided the hype and inflated claims that surround many crypto projects.” A couple weeks later, Helium, which became Nova Labs in February after forming a new corporation by that name, said it was valued at $1.2 billion after raising another $200 million .

“This is the fastest rollout of a global wireless network in history,” Haleem wrote in a blog post announcing the funding.. 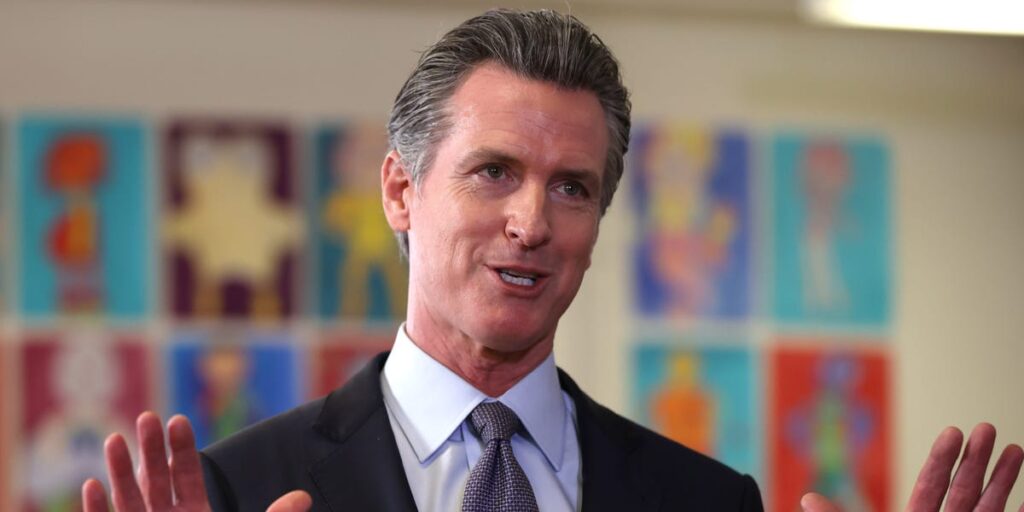