It’s October, and if you’re at all like me you’re listening to ghost story podcasts, watching scary movies and jumping whenever things go bump in the night.When I tell people that I work in cryptocurrency, people often ask me questions straight out of a horror movie.Isn’t bitcoin creepy? I understand their confusion: Hollywood often acts…

It’s October, and if you’re at all like me you’re listening to ghost story podcasts, watching scary movies and jumping whenever things go bump in the night.When I tell people that I work in cryptocurrency, people often ask me questions straight out of a horror movie.Isn’t bitcoin creepy? I understand their confusion: Hollywood often acts like everything crypto-related is dark web deals and criminal conduct.In fact, it’s held and traded by millions of law-abiding people around the world and, in the United States, is recognized by the Internal Revenue Service .
Catherine Coley is CEO of Binance.US .Even the nation’s largest bank, JPMorgan Chase , wants to create a digital currency.

Electronic or digital currencies hold great potential as non-inflationary global means of trade.Whether you’re an athlete or an artist, a barber or a banker, a teenager or a retiree, cryptocurrency can work for you.

Cryptocurrency is exciting, popular and useful but its increased acceptance doesn’t mean that all its shadows have disappeared.

Because it’s October, I want to talk about the scariest thing in the crypto world: being tricked by scams.The great 2020 Twitter hack In July, hackers made off with roughly $120,000 in cryptocurrency after hacking major verified Twitter accounts.Accounts belonging to Barack Obama, Bill Gates and others published tweets asking users to send bitcoin to particular wallet addresses.The hacked accounts promised that any shared currency would be doubled and returned.

They lied.Given the size, scale and sophistication of the June Twitter hack, it’s a relief to learn that the hackers’ payoff was relatively limited: Millions of people saw the fraudulent tweets, but only 400 deposited funds with the criminals.

Any single theft is one theft too many, but the comparatively low number of victims means the crypto community has learned important lessons.And the thieves themselves were schooled in Bitcoin’s technology: The immutable blockchain ledger, which records all transactions in perpetuity, led directly to their arrest.See also: Twitter Hack 2020 – Full Coverage “ Educate, don’t intimidate ” is my motto for business and for life.As my first job was navigating Wall Street’s foreign exchange trading desks, I know how intimidating finance and its terminology can be.The same goes for crypto.From the outside, words like “staking,” “hashing” and “mining” can seem very complicated.But with a little education you, too, can understand it.

The last thing I want is to intimidate you and make you believe that there’s a scammer behind every email.But I do want you to recognize the possible signs of criminal activity and protect yourself.Everyone dealing with cryptocurrency should understand the most common grifts and schemes .

A closer look at July’s Twitter hack is useful here.The 400 victims who sent funds to hackers imitating Elon Musk or Warren Buffett didn’t know that “giveaways” promising something for nothing are a cybercriminal standby.The July hack was more than “just” a giveaway exploit.If the criminals hadn’t compromised celebrity and politician accounts, their plan wouldn’t have worked.In July, Twitter admitted some of its employees had fallen victim to “spear phishing” attacks – they were convinced, by phone calls and seemingly official emails, to enter sensitive personal data into criminal-controlled websites.You shouldn’t believe everything you see on social media, and you must verify before trusting every email that pops into your inbox or every caller who has your mobile phone number.

Take a quick gut check, look at the sender address or Twitter handle.Does it seem too good to be true? Learn from others’ mistakes, but don’t forget that the crooks are vastly outnumbered by honest users.Staying vigilant The digital asset community grows savvier by the day.And much of that comes from learning from mistakes.But, I hope, by reading this you can avoid them.An educated audience makes it harder for scammers to operate, and their return on scamming is shrinking.

So, in 2020, are crypto scams on their way out? I wish they were.Just like monsters defeated in one movie only to be revived in sequels, scammers never stay down for long.Earlier this month, I took to Twitter to warn my followers about a fraudulent newsletter making the rounds.We’re still haunted by a few bad actors.

Fake cryptocurrency exchange and wallet apps occasionally still show up on mobile app stores.New members of the crypto community sometimes fail to do their own research .And a few networks with bad intentions spend all day on Telegram and Discord lurking for vulnerable targets.With more awareness around crypto and your safety, scams may grow scarcer by the day, but they’re still out there.

You may shiver to think of cybercriminals at large and in pursuit of your assets but the more you know the less worried you’re likely to be if you’ve taken the right steps to protect yourself.The perpetrators of the July 2020 Twitter hack were arrested and charged within two weeks.When investigators and law enforcement ripped their masks away, the masterminds were revealed to be teenagers from Florida and Massachusetts.This October, as the jack-o’-lanterns are lit, you may want to indulge in a good shudder over some terrifying scam story or another.

It’s true that scams are a problem, but don’t fall for panicked urban legends.You have all the knowledge you need to operate.

Smart planning, critical thinking and commonsense precautions can keep you safe from the tricksters and enjoying the treats of digital assets.Disclosure
coindesk.com/feed..

Mon Nov 2 , 2020
Here we go again, how many delays have we seen now? This time the Atari VCS team are saying that it's so popular they don't have enough components. Reminder: the Atari VCS is a modern-retro hybrid console, that runs a Linux OS and it can have any other operating system of your choice boot up… 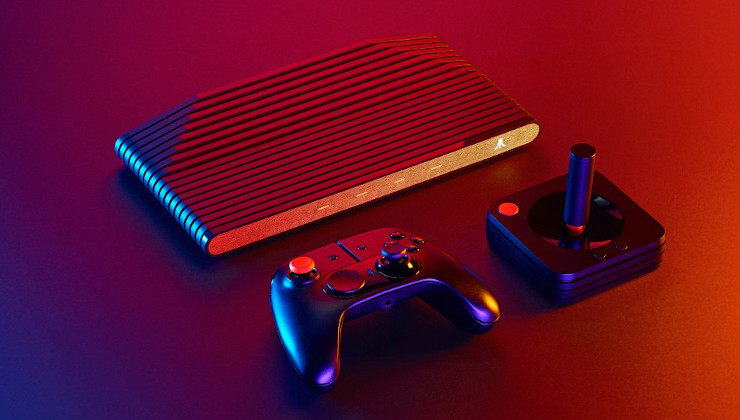