Every other Tuesday, a half-dozen people hop onto a Zoom call and talk about how to expose what they see as a global fraud phenomenon: cryptocurrency.The conversation is informal and they talk for only about an hour or so each time, said John Reed Stark, a former government lawyer who participates in the calls.The group,…

Every other Tuesday, a half-dozen people hop onto a Zoom call and talk about how to expose what they see as a global fraud phenomenon: cryptocurrency.The conversation is informal and they talk for only about an hour or so each time, said John Reed Stark, a former government lawyer who participates in the calls.The group, which also includes policy experts and technologists, has no title or official authority, but the regular calls have become a central piece of a new phase of organizing in the movement known as crypto skepticism.“It’s sort of a ragtag fleet of fugitive minds coming together,” said Stark, who worked for the Securities and Exchange Commission for two decades and now teaches at Duke University’s law school.Those minds and scores of other people are getting organized into what has the makings of its own industry.Influential skeptics are recording more podcasts to try to poke holes in pro-crypto arguments.Think tanks are beginning to devote more resources to doubting the future of crypto.

In June, they gathered signatures for a letter to Congress criticizing the potential of the technology.And next month, crypto skeptics are set to hold what they said would be their first-ever conference , a virtual event bringing together people from London, New York, the San Francisco Bay Area and elsewhere.Among the scheduled speakers are Rep.

Brad Sherman, D-Calif., the chair of a House subcommittee on investor protection, British Member of Parliament Alex Sobel and actor Ben McKenzie , one of the most high-profile crypto skeptics who’s writing a book on crypto and fraud.About 800 people have registered to attend, organizers said.The network even has its first unofficial lobbyist: Mark Hays, a consumer advocate who may be the only person in Washington whose day job is to be a full-time crypto skeptic.It’s a response to what crypto skeptics see as a crypto movement that has dominated discussion of this still-new technology both online and in Washington .

“Big Crypto is organized,” Stark said.“The biggest problem is that there’s no organization composed of crypto skeptics.It’s a wide global network of people who occasionally speak together or work on projects, but we have no organization.” The skeptics come from various walks of life, from computer programmers and Silicon Valley founders to legal experts and amateur podcasters.And all those skills come in handy.

Trump attorney: DOJ has ‘different rules for different people’ Mexico sends troops to Tijuana after string of cartel violence Pennsylvania man confesses to crashing car into crowd and killing his mother Chicago woman receives crossmatch double transplant Cat Confused by Sound of Electric Toothbrush ‘America’s mayor’ Giuliani now criminal target in Georgia election probe This baby hippo just got his official name after a Twitter contest WSJ Opinion: The Middle Class Will Be Targeted in IRS Audit Crackdown Sen.John Kennedy on Dems running from Biden: He’s ‘stepped on every rake in the yard’ Sexton on alleged CIA ties to CCP: The Biden administration is ‘asleep at the wheel’ Democratic strategist: It’s “dangerous” for Democrats to assume election deniers will lose at the polls come November ‘Implausible:’ Here’s every Trump excuse for the classified Mar-a-Lago material DOJ won’t release details that led to Mar-a-Lago search affidavit Giuliani informed he’s a target of Georgia election meddling probe One year after the fall of Kabul, Afghanistan faces humanitarian crisis Russia continues to hammer civilian targets in Ukraine “When you have billion-dollar funds lobbying on behalf of crypto, you’re going to need to counter that by publicizing the more sordid details,” said Bennett Tomlin, co-host of the Crypto Critics’ Corner podcast, whose day job used to be detecting fraud in pharmacy claims.Some weeks his show has been among the top 20 podcasts for tech news, according to measurement firm Chartable.Crypto skepticism goes back as long as crypto has been around.And while skeptics have gotten attention on social media and the traditional media, especially as the value of bitcoin and other tokens has fluctuated wildly and some crypto firms have collapsed into bankruptcy , it’s only recently that they’ve begun to dig in for the long-term to build a counterweight to crypto’s zealous and wealthy defenders.Unless bitcoin collapses overnight, the skeptics figure, there will need to be loud voices of skepticism for a while.

“There are a lot of crypto conferences that are exclusively pro-crypto and don’t bother asking the questions, ‘Is this a good thing? Should we be doing this?’” said Molly White, a software engineer who has been documenting instances of industry misbehavior on the website “ Web3 is going just great .” Collaborations among crypto skeptics have mostly been ad hoc.In March, for example, White organized a group effort to annotate a lengthy New York Times article that they considered too credulous.Stephen Diehl, a software programmer in London who’s helping to organize next month’s conference, said part of what’s held skeptics back is a disagreement about how cryptocurrency will play out over time.“There are two different schools of thought: One that says that it will burn itself out and collapse, and others who think it needs to be actively curtailed,” he said.“My job at the conference is to bring together people from both of those camps and find a path forward,” he said.“I can see both perspectives.I’m a pragmatist.” Crypto boosters so far aren’t impressed with the organizing efforts.Cointelegraph, an industry publication that refers to crypto as “the future of money,” greeted the announcement of next month’s symposium with the headline , “Haters to unite at the first conference for crypto skeptics.” The skeptics’ project has taken on more urgency as officials in various world capitals weigh different options for regulating digital tokens.

European Union representatives agreed to some new rules last month, and U.S.lawmakers may follow suit in the next year.In anticipation, the crypto industry has gone on a lobbyist hiring spree .Diehl said crypto skeptics are conscious of the need to work across borders, given that fans of digital currency consider their assets to be stateless.

“It’s a big transnational network of people who are interested in advancing policy across the whole Western hemisphere,” he said.In Washington, the job of advancing policy falls partly on Hays.He is a senior policy analyst at Americans for Financial Reform, a coalition of progressive advocacy groups founded after the 2008 financial crisis, when bitcoin was just a twinkle in the eye of computer programmers.But these days he said he spends almost all his time not on crisis-era subjects like mortgage-backed securities but on crypto.Hays said other Washington advocacy groups are putting more time and money into research, but he said he’s used to being outnumbered.“This is pretty typical with progressive advocacy work,” he said.

“As a general rule, there are fewer of us than there are on the other side.And crypto has grown so dramatically that a lot of different advocacy organizations have been slow to recognize it.” Hays said he thinks digital tokens “look and smell” like traditional securities and should be regulated accordingly.On social media, where much of the debate over crypto happens, some crypto skeptics have settled on a few tactics to try to reveal what they think are the technology’s flaws.Liron Shapira, a 34-year-old founder of several tech startups, has found that short video clips with bitcoin boosters’ own words can appear embarrassing to them.He has gotten nearly 1 million views on a video he posted to Twitter where billionaire venture capitalist Marc Andreessen attempted to explain practical uses for Web3, a vision of the internet touted by crypto boosters in which almost the entire web operates on the same type of distributed blockchain technology as cryptocurrency.“It creates a very emperor-has-no-clothes moment,” Shapira said.

Andreessen’s investment firm, Andreessen Horowitz, did not respond to a request for comment.Shapira said he edits and posts the videos in his free time after listening to cryptocurrency podcasts at 3X speed while he’s walking his dog or doing other daily routines.And he hopes his background as a tech founder gives him credibility with others in the industry, though like other critics he gets a flood of vitriol online.He is also self-interested in the outcome.

He said he has owned futures that rise in value as the price of bitcoin falls.If there were a massive correction in bitcoin, “I hope to profit from the correction,” Shapira said, citing as inspiration Dr.

Michael Burry, an investor made famous by the book and film “The Big Short.” Those casting doubt on digital coins know, though, that they have a long way to go to match the influence of the crypto industry.They don’t have a dedicated think tank of their own, and they’re not at the point of donating significant money to political campaigns, as crypto executives and employees are doing this election cycle — though they wouldn’t rule out the idea.

“You’d have to find someone who’s passionately skeptical of crypto and has the means and resources to do something like that,” said Hays, the Americans for Financial Reform analyst.“The digital assets industry has learned quickly that money, whether it’s fiat or digital, speaks in D.C.,” he said..

Tue Aug 16 , 2022
Cardano Price to End Year at USD 0.63, Increasingly Bearish Panel Predicts A panel of crypto industry players surveyed by comparison website Finder.com has predicted that Cardano’s native token ADA could reach USD 0.63 by the end of the year – a significant downgrade from the previous prediction . Judging from an average of the… 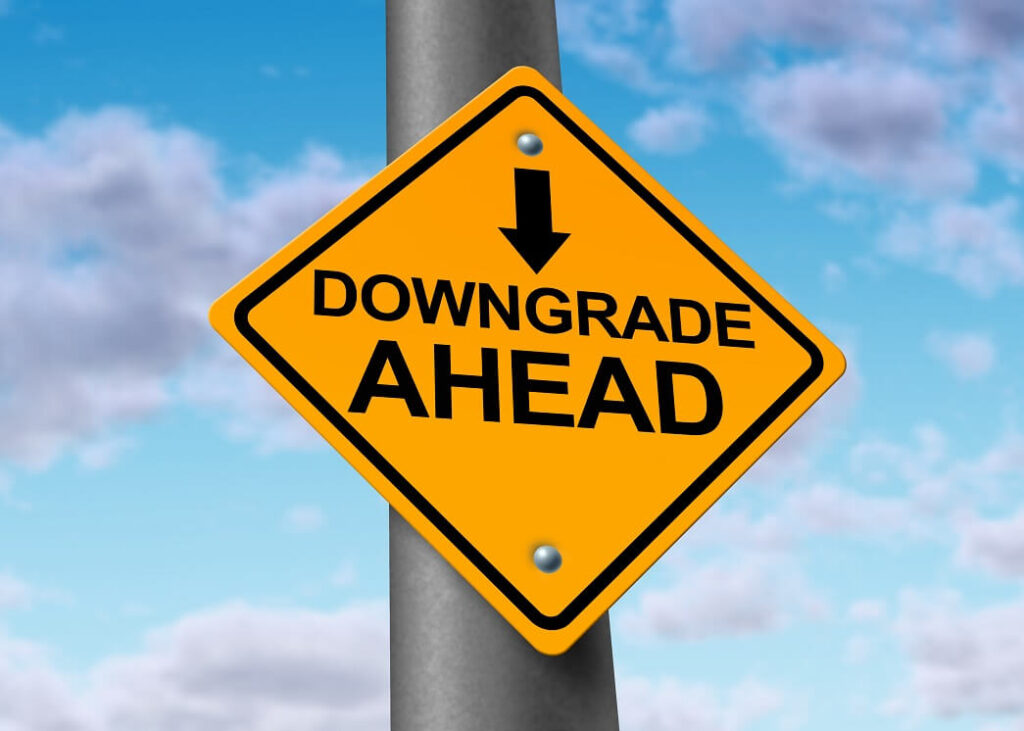