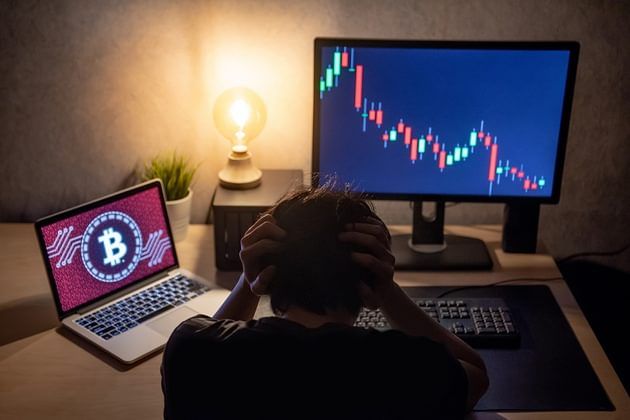 There were a number of events through the year that influenced sentiment across the cryptomarket, supporting the crypto bears through most, if not all of the year. More Those cryptocurrency investors jumping into the market late in the 2017 rally likely to have wished to have sat it out for the year, with the cryptomarket providing few and far between opportunities for handsome gains and certainly nothing like the gains that were seen through the previous year.
Japan and South Korean regulators took action and enforced new requirements for crypto investors and exchanges, leading to a particularly choppy first half of the year. The Chinese government’s hate relationship with cryptocurrencies continued, with the government banning investment into overseas ICOs. In 2017, the government had already banned domestic ICOs.

The SEC declined and then announced a review of its decision to decline 9 Bitcoin ETFs. Following a G20 Summit in the summer, the G20 announced its intention to roll out a unified set of rules and regulations for the cryptocurrency market.

This was eventually delayed to the summer of 2019 and, while the delay would have traditionally been market positive, the resulting delay in the SEC’s Bitcoin ETF decisions weighed.

U.S Department of Justice entered the fray, announcing that an investigation into 2017’s record-breaking cryptomarket rally would be undertaken amid concerns of fraudulent activity and price manipulation in particular. The Bitcoin Cash hard fork delivered some unwanted market turbulence late on in the year, with investors and those looking into the cryptomarket becoming all the more aware of the issues that blockchains and networks face with proof-of-work protocols. More than an estimated US$1bn was stolen from cryptocurrency exchanges through the year, with North Korea considered to be particularly active in the crypto theft game.

It was a bad start to the year, with Japanese crypto exchange Coincheck becoming the victim of a $532m theft in January. Continued debate on whether all or some cryptocurrencies are securities weighed on the ICO market, with the SEC issuing a number of cease and desist orders and fines. The SEC had issued a statement earlier in the year that only Bitcoin and Ether would not be classified as securities, categorizing all other cryptocurrencies as securities and therefore under the SEC’s purview. Failure to register an ICO is therefore considered an illegal act.

Because of the increased regulatory oversight into initial coin offerings, 2018 saw a reversal in ICO activity through the year. According to ICOData : Total funds raised in 2018 stood at $7,541.

(2017: 876) The lion’s share of funds raised came in the 1 st quarter, where a total of $3,877m was raise, accounting for more than half of funds raised through to November, December’s figures not available at the time of writing. In the first quarter of 2017, just $14m was raised through ICOs, while $3,543m was raised in the 4 th quarter of 2017. The Token Taxonomy Act of 2018 was announced in December and could resolve the issues faced by entrepreneurs looking to launch through ICOs, with the Token Taxonomy Act looking to classify cryptocurrencies as non-securities. Congress will need to vote it through, however… Through the year, global financial institutions such as Goldman Sachs took an about-turn on plans to open crypto trading desks, with the market volatility and yearlong sell-off giving reason to pause. With so much going on in the crypto world, it was a big ask for the crypto bulls to turn it around by the end of the year.

There were no winners across the majors, with the weaker ICO market through the 2 nd half of the year seeing Ethereum give up its number 2 ranking to Ripple’s XRP.
For those hoping for platform differentiation to deliver price action, there would have been a further disappointment as the broader market continued to move largely in tandem through the year, despite success stories for the likes of Ripple.
On the performance front, front runner Bitcoin tumbled by 72.2% through the year.

Ethereum saw heavier losses, down 82.4%, with a large number of the top 20 seeing even heavier losses over the year.
Looking across the top 100 cryptocurrencies, among the top performers for 2018 were Huobi, ranked 67 th by market cap, with a loss of 25.

68%, closely followed by Binance Coin, ranked 13 th , with a loss of 26.22%. Binance Coin would have come out on top had Huobi had a full year performance, Huobi having launched in Feb-18. Bitcoin Cash SV was not considered as it was only launched in November 2018 as a result of the Bitcoin Cash hard fork.
At the other end of the crypto table, ZClassic, ranked 322 nd by market cap, tumbled by 99%, with 143 rd place Salt close behind with a loss of 98%.
The range from best to worst was quite telling through the year, with a large number of the worse performing coins ranking well outside of the top 100 by the end of 2018.
When considering the heavy losses across the broader market, it’s hard not to call 2018 a bubble burst year for many of the cryptos.

The silver lining will be the fact that the market survived the year and there will be investment opportunities ahead, though with the extended bearish trend still firmly intact, it’s probably worth holding on, the cryptomarket needing to get through a number of hurdles before a material recovery can be expected.
This article was originally posted on FX Empire
More From FXEMPIRE: What is Expected in the Forex Market in 2019? Forex Annual Market Recap – 2018 Crude Supported by Higher Stocks, Gold Falls on Profit-Taking, Natural Gas Erases Winter Rally E-mini Dow Jones Industrial Average (YM) Futures Analysis – Strengthens Over 23324, Weakens Under 23156 Cryptocurrencies Annual Market Recap – 2018 AUD/USD Forex Technical Analysis – Short-Term Rangebound: Strengthens Over .7078, Weakens Under .7016.