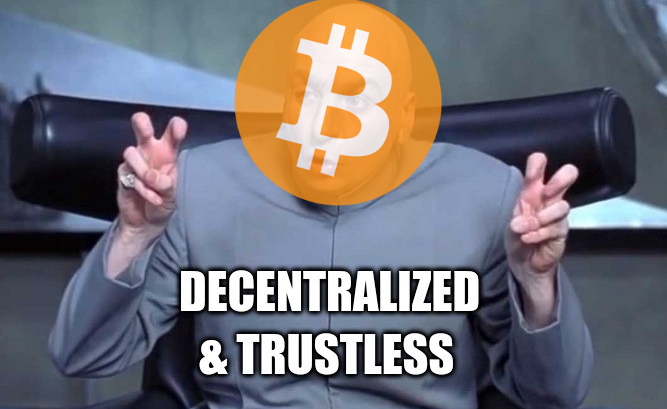 How is it possible, since we usually hear Bitcoin has more than 100M users ? Coinbase alone advertises 56M active users ? 70% of which owning Bitcoin, this is already 40M Bitcoin users on Coinbase only.Right ?
Who’s lying ? The blockchain does not lie.So who’s lying ?
Well no one is l y ing.According to a survey of binance , around 60% of crypto users use an exchange platform, such as Coinbase or Binance .

They don’t own any wallet nor use the blockchain.Those exchange platforms own their coins for them and just use private centralized SQL database to keep track of their balance.Users can still transact on chain if they want, and send / receive coins using a temporary address.In practice, they rarely do, since on-chain transaction are slow (up to 1 hour for confirmation) and very expensive (up to 20$ of fees).
Exchange platforms have even developed their own private off chain “instant” transactions between their users, to overcome the technical limitations of Bitcoin : slowness , poor privacy and high fees .

Wait … wasn’t it the goals of Bitcoin in the first place ?
Let’s summarize : in practice, most of Bitcoin users don’t use the blockchain and rely on a handful of private third party of trust to hold their coins for them.If they go bankrupt, they lose their coins .

Wasn’t bitcoin supposed to be unseizable ?
Not your keys, not your coins Sure it’s a failure.But how is this on Bitcoin ? There’s a mantra saying “not your keys, not you coins” , right ? Isn’t it up to the users to hold their keys themselves and transact on chain ?
Well, not really.This failure comes from some major design flaws.Some of those flaws are inherent to using a blockchain :
Using a blockchain is very technical / complicated and not safe for the user : you need to handle complex private keys, to store them on your poorly secured devices (phones, laptop).If you forget your passphrase ( which happens very often ), all your savings are lost forever.

Crypto wallets are also easy target for hackers.Some viruses are dedicated to stealing it from personal devices.Wallets get lost and hacked all the time .
You cannot ask the general population to become IT security gurus.Only some geeks store their coins on their own cold wallets.Most people need third parties of trust to handle it safely for them.
Cryptos currencies are typical of technologies lead by devs only, forgetting usability : they fetishize complex technical layers that most users don’t understand, forgetting their system needs to be used by humans at the end of the day.
Bitcoin adds its own technical limitations to it : the use of Proof of Work makes it inherently non usable as a currency : transactions take up to 1 hour to validate and the whole network can handle at most 7 transactions per second (less than a 14.4 kbps modem from 1990 !).

In practice, transaction fees are skyrocketing, making it useless to transact less than 100$.
The technical limitations of Bitcoin are fully responsible for its practical centralization on Exchange Platforms.Ray Dillinger, one pioneer of Bitcoin (who reviewed the code before it was publicly released), realized this is December 2020 and wrote “Bitcoin is a disaster” :
The more scalable the network becomes, the more centralized it becomes,
until ultimately a “scalable” cryptocurrency would be doing things
exactly the same way as a credit card processor.
But wait for the Lightning Network ! Bitcoiners often claim that “second layers” like the Lightning Network may overcome those limitations and enable Bitcoin to scale.
First, this solution is still beta and still has many security flaws .Developers themselves advise not to use it for large amounts .[1] , [2] , [3] , [4] .
Also, now that exchange platforms have won the race to get the users, they have no incentive to implement / support LN : their business model is based on fees (way cheaper than BTC fees though).
Lightning Network does not scale either
Most importantly, the Lightning Network does not scale either .Before you can use it, you still need a Bitcoin wallet and to setup several L2 “channels” with the nodes you want to transact with.

This setup requires at least 2 transactions per user on L1, the core bitcoin Blockchain, which is limited to around 400k transactions per day.
7 billions * 2 / 400k = 95 years
This would take almost one century to setup the Lightning Network for every human being.This is a lower bound.In practice, each user will need more than a single channel and would want to settle their funds on L1 from time to time.
Let’s face it : The lightning network does not solve the ridiculous technical limitations of Bitcoin.

Those limitations are physical and come from the very usage of the Proof Of Work as a security mechanism.
Bitcoin is more centralized than the banking system In practice, Bitcoin is much more centralized than the banking system , most wallet and transactions being handled off-chain by a handful of private companies .
Those companies could just drop the whole blockchain thing tomorrow : most users would not even notice.Most importantly, it would spare the carbon footprint of whole Belgium and as much electronic waste as 100 millions phones per year .
.