Corrects the headline to note that Celsius Network’s Alex Mashinsky speculated that dogecoin would migrate to a proof-of -stake from a proof-of-work protocol.
Dogecoin will likely transition from a proof-of-work protocol to proof-of-stake, speculated Alex Mashinsky, the chief executive and founder of Celsius Network on Friday during a webcast hosted by his lending platform on YouTube.
“I’m going to make a prediction,” declared Mashinsky, “in the next two years dogecoin is going to migrate from proof of work to proof of stake,” he said.
Proof-of-work is the protocol that bitcoin BTCUSD, +2.12% uses to confirm transactions on the blockchain and that framework has been criticized for using a tremendous amount of energy to verify transactions on the digital ledger.
Under the proof-of-stake protocol, miners are randomly selected to confirm a transaction, but to do so they must commit a certain number of cryptocurrency to the blockchain.By predetermining the miners, the race to solve the complicated puzzles, which proof-of-work uses, reduces high electricity and hardware costs and discourages illicit behavior such as double-spending and controlling the network, crypto experts have argued.
Mashinsky’s comments come after crypto bull Elon Musk tweeted on Wednesday that he would halt the use of bitcoin for purchases at his electric-vehicle company Tesla Inc.TSLA, +3.22%
“We are concerned about the rapidly increasing use of fossil fuels for bitcoin mining and transactions, especially coal, which has the worst emissions of any fuel,” Musk said.
“Cryptocurrency is a good idea on many levels and we believe it has a promising future, but this cannot come at great cost to the environment,” he added.
The Tesla boss later tweeted that his comments weren’t intended as an indictment of the crypto complex.:
“To be clear, I strongly believe in crypto, but it can’t drive a massive increase in fossil fuel use, especially coal,” he said.
Mashinsky said that Dogecoin, created in 2013 as a fork of bitcoin, was a lighthearted riff off the proliferation of bitcoin-based alternatives and it too uses a proof of work protocol and could benefit from transitioning to a proof of stake to lower its electricity consumption.
Dogecoin DOGEUSD, +42.45% is already one of the cryptos with the lowest electricity consumption, at 0.12 kilowatt-hour, according to technology company TRG Datacenters.Ripple Lab’s XRP coin uses the least amount of energy, 0.0079 KW/h.
TRG Datacenters Mashinsky’s comments also come after Musk on Thursday claimed that he was going to be involved in trying to improve dogecoin.
“Working with Doge devs to improve system transaction efficiency,” Musk tweeted .“Potentially promising.”
Mashinsky said that a proof-of-stake transition could elevate dogecoin from a “meme” asset to a more viable crypto.
“If dogecoin moves from proof-of-work to proof of stake.it would be more viable,” he said.“It will have a use case,” he said.
“Instead of a meme it would actually be something that has a utility that can be used long term,” Mashinsky added.
Dogecoin has been criticized for lacking a utility compared to bitcoin and Ethereum ETHUSD, +9.01% .
Still, dogecoin, up over 40% after Musk’s Thursday tweet, has seen a parabolic rise in the year to date, gaining 11,246%, according to CoinDesk data.
By comparison, traditional assets have seen more mundane returns.Gold futures GC00, +1.04% are down 3% so far in 2021.

Dogecoin will ‘migrate to proof-of-work from proof-of-stake,’ to make it viable, predicts head of crypto lending platform - MarketWatch 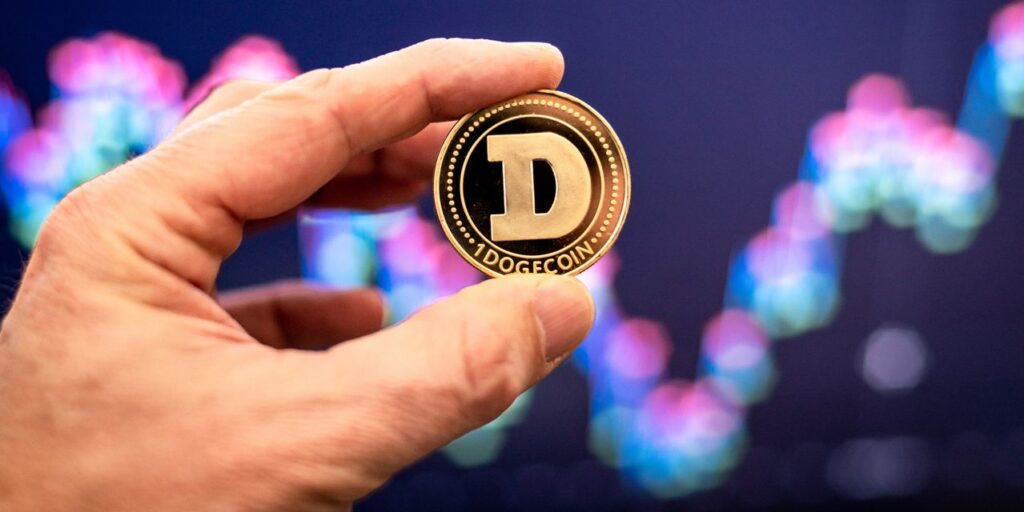