S&P 500 and Nasdaq futures were also leaping higher, by 0.58 percent and 0.67 percent, respectively. Dow futures surged by triple digits ahead of Friday’s open.

| Source: Yahoo Finance
On Thursday, the US stock market ended its last February session in the red, extending what has been a disappointing week on Wall Street. The Dow lost 69.16 points or 0.27 percent, the S&P 500 shed 7.

89 points or 0.28 percent, and the Nasdaq fell 21.98 points or 0.29 percent. That losing session forced both the Dow and S&P 500 deeper below the crucial levels of 26,000 and 2,800, respectively. US-China Trade War Optimism Pumps Stock Market
Analysts attributed the bullish futures session to a blockbuster day for the Chinese stock market, one in which the Shanghai Composite roared to a 1.

8 percent gain. The SSE Composite jumped 1.8 percent on Friday. It now sits just 8 points below 3,000. | Source: Yahoo Finance
The SSE’s rally, in turn, followed MSCI’s announcement that it would quadruple the weight of Chinese stocks in its global benchmarks to 20 percent.
“The news surrounding China and the Chinese economy has been better than news we’ve seen elsewhere,” Andrew Cole, head of multi asset at Pictet Asset Management Ltd.

“Clearly the central bank and the authorities are providing both fiscal and monetary stimulus.”
Further pumping the Chinese stock market – and its US counterpart- was a Bloomberg report that the US and China could be just weeks away from putting a formal trade deal in front of Presidents Donald Trump and Xi Jinping.
CCN has previously reported that equities analysts expect a new trade agreement to trigger another surge in US stocks, which – year-to-date rally notwithstanding – have been weighed down by some $40 billion in lost exports due to the trade war. Dow Guns for 10th Consecutive Weekly Win The Dow has climbed for nine straight weeks. Today, it will shoot for ten.

| Source: Yahoo Finance
Still, the Dow has significant ground to cover today if it hopes to rescue its winning streak , which has seen the index rise for nine straight weeks. Last week, on Feb. 22, the Dow closed at 26,031.81, more than 115 points above this Thursday’s close at 25,916.
This morning’s euphoric pre-bell move should launch the Dow into positive weekly territory.

However, the index has struggled to defend the 26,000 mark, so Friday’s six-and-a-half hour trading session will likely feel more like a marathon than a sprint.

Bitcoin Market Quiet, But Weekend Could Bring Another Round of Volatility
In what is rapidly becoming the most predictable phrase in finance, the cryptocurrency market enters the US session flat, with little to show for its previous 24 hours of round-the-clock trading.
However, nearly all of bitcoin ’s significant February price action took place on a Friday, Saturday, or Sunday, with these moves spaced roughly one week apart. If this trend continues, the cryptocurrency market could see a jolt of volatility within the next 72 hours. The question remains, which way will it break? Aside from a brief hiccup on Wednesday, the bitcoin price has been relatively flat since Tuesday.

| Source: Yahoo Finance
Even the activation of Ethereum ‘s long-awaited Constantinople hard fork was insufficient to move the markets. The fork permanently lowered the cryptocurrency’s inflation rate, which, other things equal, should bolster its price. That said, the impact of this monetary policy shift had already manifested in the crypto market with the activation of the network’s difficulty bomb, which made ethereum considerably more difficult to mine and thus temporarily reduced the inflation rate in the weeks preceding the fork.
One analyst, eToro’s Mati Greenspan, had pointed to that declining inflation rate as the catalyst for the overall cryptocurrency market rally that carried the bitcoin price as high as $4,190 on Bitstamp before resistance at $4,200 clipped its wings.
Ethereum itself saw a day-over-day decline of about 1 percent as Constantinople went live on the network. While perhaps not the outcome bulls might have hoped for, it was certainly better than the sell-off that occurred after the fork was scrapped at the last minute ahead of its scheduled activation date in January.
Altogether, the cryptocurrency market cap continues to trade above $130 billion after adding roughly $100 million over the previous 24 hours.
Author: Josiah Wilmoth .

Sat Mar 30 , 2019
The top nine influencers in blockchain technology to follow in 2019 are: 1. Vitalik Buterin Established: 2015 Twitter Followers: 836,788 Vitalik Buterin is a software engineer and has contributed to blockchain by establishing Ethereum which was the first to use blockchain’s smart contracts. Vitalik has added to the white paper of ethereum and has written… 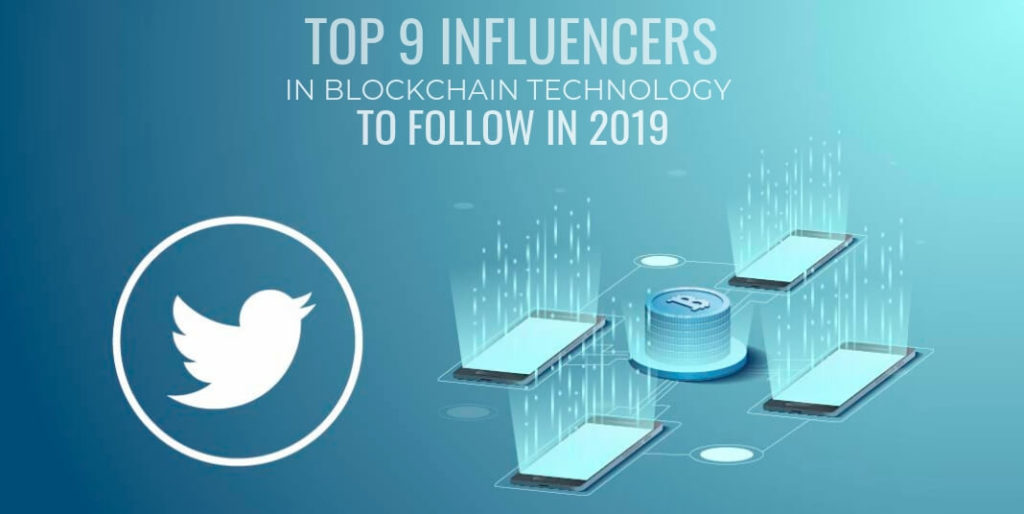