Boris Johnson’s government has made a dramatic U-turn in an attempt to save Christmas – with a raft of extended emergency visas to help abate labour shortages that have led to empty shelves and petrol station queues. New immigration measures will allow 300 fuel drivers to arrive immediately and stay until the end of March,…

Boris Johnson’s government has made a dramatic U-turn in an attempt to save Christmas – with a raft of extended emergency visas to help abate labour shortages that have led to empty shelves and petrol station queues.

New immigration measures will allow 300 fuel drivers to arrive immediately and stay until the end of March, while 100 army drivers will take to the roads from Monday, the government announced late on Friday.

About 4,700 further food haulage drivers will arrive from late October and leave by the end of February.

The rules mean that the government has relented to lobbying from the fuel and food industries and extended some temporary visa schemes beyond Christmas Eve and into the new year.

The move, designed to tackle chronic disruption to supply chains, is a major change in policy after ministers previously insisted they would not relax immigration rules in response to the crisis.

It comes as Sir Keir Starmer , the Labour leader, demanded that parliament should be recalled to sort out the fuel and food shortages.

Almost 200 military personnel, including 100 drivers, will be deployed from Monday to provide temporary support as part of the government’s wider action to further relieve pressure on petrol stations and address the shortage of HGV drivers.

A fuel tanker at Buncefield oil depot in Hemel Hempstead.Photograph: Paul Childs/Reuters To help increase fuel stocks, military personnel are now being trained at haulier sites across the country, the government said, and from Monday will be on the road delivering fuel supplies.

Fuel haulage drivers from abroad will be allowed to work in the UK immediately, and will not be subjected to previous barriers, a Cabinet Office release said.

“Hauliers will find licensed drivers to recruit and will submit applications to the Department for Business, Energy and Industrial Strategy which will endorse applicants with the necessary licence and a contract to work as a fuel driver,” the statement said.

The shortage of up 100,000 heavy goods vehicle (HGV) drivers – exacerbated by the pandemic and Brexit – has also affected the food sector and other industries.The British Retail Consortium has warned that significant disruption to Christmas was inevitable unless the problem was contained within days.

The announcement also confirmed that 5,500 poultry workers will arrive from late October and will be allowed to stay until the end of this year.

The visas were announced after poultry producers, which previously relied on labour from eastern Europe, warned of threats to Christmas and potential overcrowding on farms because of a lack of workers.

Supermarkets and restaurants across the UK are expected to import hundreds of thousands of birds from the EU after fewer were raised by British farmers.

A winter of discontent is unlikely to dissolve the Tories’ support | Andy Beckett Read more Johnson’s Brexit campaign was founded on giving the UK more control over immigration and ending free movement.

The Home Office had been opposed to adding HGV drivers to the formal occupation shortage list but is thought to have been convinced to back a more short-term visa scheme.

It is likely that other sectors suffering from labour shortages – such as hospitality and social care – will now put pressure on ministers to grant them exemptions as well.

During Labour’s party conference in Brighton this week, Starmer called on the government to extend the scheme to six months, describing the former Christmas Eve deadline as not “long enough”.

The government’s statement insisted that it will return to its commitment to train UK workers and no longer rely upon bringing in foreign staff.

The business secretary, Kwasi Kwarteng, said: “Thanks to the immense efforts of industry over the past week, we are seeing continued signs that the situation at the pumps is slowly improving.

“UK forecourt stock levels are trending up, deliveries of fuel to forecourts are above normal levels, and fuel demand is stabilising.”

He added: “We want to see employers make long-term investments in the UK domestic workforce instead of relying on overseas labour to build a high-wage, high-skill economy.”.

Sun Oct 3 , 2021
(CNN) The US surpassed 700,000 deaths from Covid-19 on Friday, 108 days after the country reached 600,000 deaths from the virus, according to data from Johns Hopkins University. The grim figure comes after another violent round of surging of infections , hospitalizations and deaths fueled by the highly transmissible Delta variant and largely driven by… 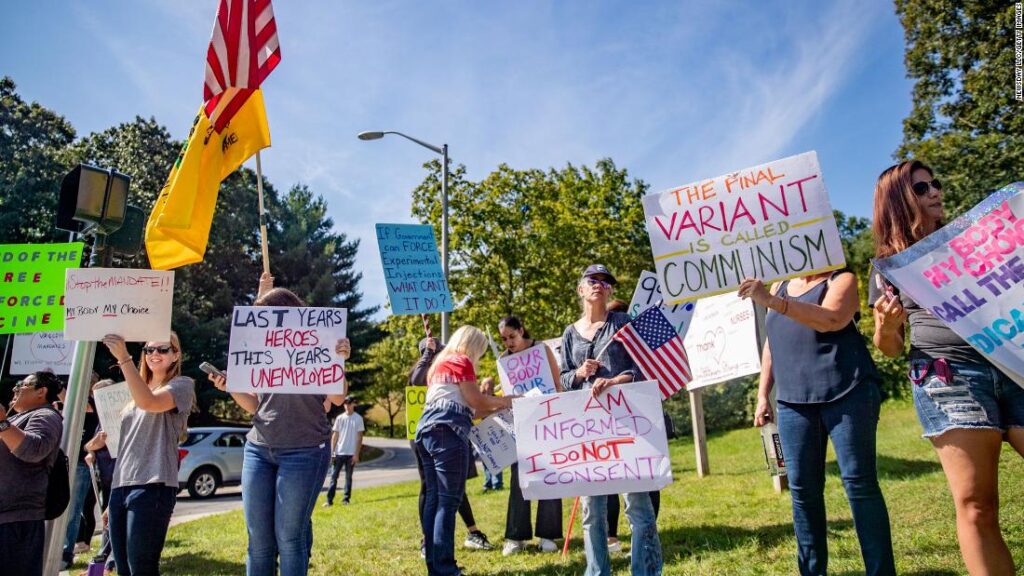