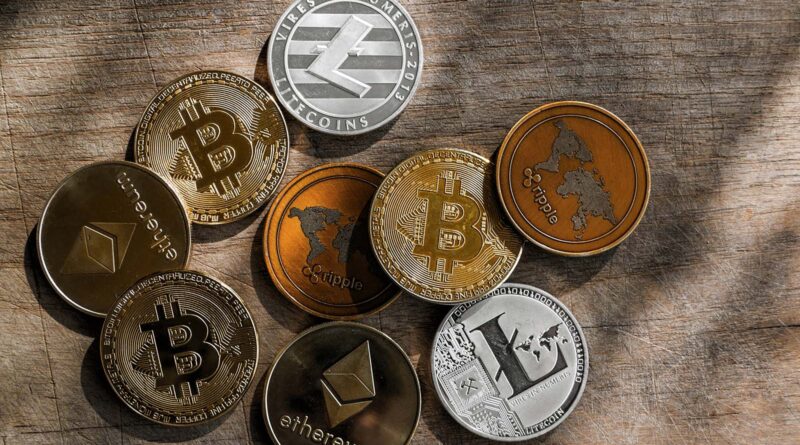 Dogecoin (CCC: DOGE-USD )
Now, please hear me out.If you decide to venture into the crypto market today, you’re really risking holding the bag.Therefore, only invest money you are absolutely comfortable losing.Crypto Ethereum Killers: Bitcoin Cash (BCH-USD) Source: Shutterstock
Although hard forks — essentially wholesale changes to an underlying blockchain network’s protocol — are now commonplace, Bitcoin Cash was arguably the most controversial at the time.The issue stemmed from the inherent inefficiencies of the original Bitcoin architecture.Actually, there wasn’t anything wrong with it per say.But as crypto coins became exponentially more popular, BTC’s network couldn’t keep up.
Eventually, the proposal to resolve the inefficiency issue led to a binary split in the blockchain ideological spectrum.Unfortunately, the two debating sides couldn’t come to an agreement on how to move forward.

Therefore, Bitcoin Cash was born, which aimed to improve transaction speeds and efficiency.Mainly, BCH became a crypto designed for usability and integration with everyday business functions.
While I’m not going to step into the who’s right/who’s wrong argument, I think one of the most significant dynamics that developed from this crypto war was that it solidified each coin’s identity.Bitcoin became an internationally recognized store of value while Bitcoin Cash became a more user-friendly payment platform.
However, BCH slipped into the shadows as the original crypto jumped into the limelight.Now, the hard-forked version is getting some love and it might even outperform Ethereum if the broader virtual currency market holds up.Litecoin (LTC-USD) Source: Wit Olszewski / Shutterstock.com
Though Litecoin is currently ranked in 11th place in terms of market capitalization , it used to be the original alternative cryptocurrency.Created by Charlie Lee, who was a former employee of Alphabet’s (NASDAQ: GOOG , NASDAQ: GOOGL ) Google, he aimed to produce a “lite version of Bitcoin.” Litecoin would have many of the same features of BTC but with far greater efficiency.
This concept became much more valuable as Bitcoin began increasing in nominal value.

For instance, at the time when the first people who weren’t computer geeks initially learned about Bitcoin, BTC was trading hands between high single digits and low double digits.That combined with the lower consumer base made Bitcoin ideal for peer-to-peer transactions.
But as BTC first jumped to triple digits and later quadruple digits, Bitcoin became less of a utilitarian crypto and more of a speculative investment vehicle.

On the other hand, Litecoin was comparatively priced at reasonable rates.Furthermore, it’s lower transaction costs and higher speeds meant that it was much more usable on a daily basis.
Now, it too has absorbed an exceptionally high per-unit price — and it could go higher assuming continued bullishness in the crypto space.If sector momentum holds true, it’s not out of the question to see LTC at quadruple digits before the bubble bursts.Crypto Ethereum Killers: Chainlink (LINK-USD) Source: Stanslavs / Shutterstock.com
Too often, investors regard crypto coins and tokens as pure speculation vehicles rather than a representation of utility.Frankly, it’s hard not to get jaded with the constant buzzwords thrown around in this market.Yes, the blockchain is an innovative concept and it has profound implications for the future of finance.At the same time, do we really need nearly 10,000 virtual currency projects all proclaiming uniqueness?
Well, Chainlink is one of the few projects that offer both compelling utility and potential commercial viability.Despite the wonderful applications that the blockchain technology helped forward, they tend to operate in silos.

With Chainlink, the underlying system enables connected smart contracts; that is, parties can conduct intermediary-less deals with each other, with the Chainlink blockchain enabling outside data to act as actualization points for contractual execution.
For example, if I were to set up a contract to sell a commodity dependent upon whether it rained on Monday or not, the Chainlink architecture can facilitate this contract because it can extract weather data from an outside source.Such modularity and accessibility brings a whole new dimension to the blockchain industry, which makes LINK an intriguing crypto coin.Zcash (ZEC-USD) Source: RuskaDesign / Shutterstock.com
One of the popular but simultaneously lesser appreciated virtual currencies is Zcash.Built from the ground up as a next-generation alternative to financial transactions, what makes ZEC particularly appealing is that it’s singularly focused to be the best form of digital money.Therefore, you’re not going to find a bunch of fluff about curing world hunger with blockchain, which I appreciate.
Most significantly, Zcash keeps transactions confidential.In fact, according to the project’s website, “Zcash was developed and launched by top cryptographers in 2016.

The underlying protocol is based on the research of scientists from MIT, Technion, Johns Hopkins, Tel Aviv University and UC Berkeley.” In many ways, the platform is reminiscent of Monero (CCC: XMR-USD ), the crypto “bad boy.” Monero’s anonymity allows nefarious agents to conduct illicit activity, drawing much controversy.
So is Zcash another platform for cybercriminals? Not at all.As I mentioned in a prior write-up of ZEC, Zcash has selective disclosure features .What this means is that should you get pinged by regulatory bodies for compliance or auditing reasons, you can choose to share some transaction details.Presumably, this also means that Zcash will operate on the right side of the law.
Over the trailing seven days, ZEC actually pipped Ethereum’s performance, albeit barely.Crypto Ethereum Killers: EOS (EOS-USD) Source: Shutterstock
One of the earlier crypto projects focused on the development and progression of decentralized apps or DApps, EOS has really started to come alive.

Just over the trailing week, the EOS coin gained slightly more than 33%.

Growth investors would be happy to get that in a year in the equities market.
The core reason why EOS has shot up is that the underlying project provides developers a streamlined and straightforward platform to build DApps.A DApp is any computer application which runs on a decentralized network as a opposed to a single server.You might be saying, who cares? On a technical basis, DApps are critical because they avoid exposure to a sole failure point.
Obviously, this has broad implications.If you’re running a high-level DApp, you have the assurance that your application won’t fail due to a cyberbreach at a centralized location.Instead, the “meat” of your app is spread across several computer-nodes, enabling greater security.
DApps can also play a pivotal role in more mundane uses, such as social media.Because DApps are decentralized, censorship becomes harder to impose.

That might be music to at least one former president’s ears.Lisk (LSK-USD) Source: Gorev Evgenii / Shutterstock.com
A fairly obscure crypto coin, Lisk is one of those assets you hold in your portfolio just because.If it moves higher, awesome.

If not, you typically wouldn’t spend so much of your funds into it anyways if you practice disciplined money management.Well, Lisk is making good on its speculative potential.
Over the trailing week, LSK gained a whopping 28%.That’s simply a stunning figure, far more than Ethereum’s 13.7% over the same frame.

And mind you, that’s also a very impressive performance.But Lisk is blowing everyone’s doors off.Over the trailing month, it’s up 22%.
Fundamentally, what makes Lisk tick is its accessibility.A blockchain application platform, it seeks to aid the mainstream integration of the technology by making it easier for newcomers to get up to speed.For instance, the Lisk protocol is written in the common languages JavaScript and TypeScript ; thus, there’s no need to pick up another language.
Further, Lisk utilizes a distinct consensus algorithm known as delegated proof-of-stake.Long story short, every LSK holder can vote for a Lisk delegate, who are responsible for securing the Lisk network.

Therefore, this avoids the prospect of a hard fork — you can solve your problems through democracy.Crypto Ethereum Killers: Dogecoin (DOGE-USD) Source: Shutterstock
God help me but if you’re looking for an Ethereum killer, Dogecoin, the crypto coin that started life off as a joke, could very much kill Ethereum.Heck, it can even kill the entire virtual currency market.
You might think that’s strange.But here’s the worrisome aspect.Many if not most Bitcoin and Ethereum advocates got into the game quite early.Yes, institutional investors finally embraced BTC (and to a lesser extent, ETH) but they likely got in at higher prices, perhaps between $10,000 to $30,000 BTC.
Currently, we’re witnessing that Bitcoin is a mature market.

After hitting an all-time high in April, it’s struggling to get back to its lofty perch.On the other hand, Dogecoin has been nothing short of mercurial.Over the last week, it’s almost doubled in value.Over the past month, it almost delivered 12X returns; yeah, 12 freaking X.
As I write this, DOGE continues to move higher and higher.I suspect this is because many investors are rotating out of Bitcoin and major altcoins into DOGE and other speculative crypto coins.That’s fine for now but the rotation out of the majors could trigger selloffs by freaked out institutional investors.
We’ll see what happens.

But if you’re looking for a show, Dogecoin is it, I guess.
On the date of publication, Josh Enomoto held a long position in ETH, BTC, ETC, BTC, LTC, LINK, EOS, LSK, and DOGE.
A former senior business analyst for Sony Electronics, Josh Enomoto has helped broker major contracts with Fortune Global 500 companies.Over the past several years, he has delivered unique, critical insights for the investment markets, as well as various other industries including legal, construction management, and healthcare.
Article printed from InvestorPlace Media, https://investorplace.com/2021/05/etc-7-other-crypto-coins-as-ethereum-killers/.
©2021 InvestorPlace Media, LLC .