Ethereum (CURRENCY:ETH) traded up 1.2% against the U.S.dollar during the 24-hour period ending at 19:00 PM Eastern on September 12th.One Ethereum coin can currently be purchased for about $181.00 or 0.01741237 BTC on popular cryptocurrency exchanges including BiteBTC, YoBit, Livecoin and Liqui.Ethereum has a market capitalization of $19.50 billion and $5.84 billion worth of Ethereum…

Ethereum (CURRENCY:ETH) traded up 1.2% against the U.S.dollar during the 24-hour period ending at 19:00 PM Eastern on September 12th.One Ethereum coin can currently be purchased for about $181.00 or 0.01741237 BTC on popular cryptocurrency exchanges including BiteBTC, YoBit, Livecoin and Liqui.Ethereum has a market capitalization of $19.50 billion and $5.84 billion worth of Ethereum was traded on exchanges in the last day.During the last seven days, Ethereum has traded 4.2% higher against the U.S.dollar.
Here is how related cryptocurrencies have performed during the last day: Get Ethereum alerts: Ethereum Classic (ETC) traded down 1.7% against the dollar and now trades at $6.23 or 0.00059947 BTC.Ether Zero (ETZ) traded 0.4% lower against the dollar and now trades at $0.0322 or 0.309 BTC.

It launched on July 30th, 2015.Ethereum’s total supply is 107,716,985 coins.Ethereum’s official website is www.ethereum.org .The Reddit community for Ethereum is /r/ethereum and the currency’s Github account can be viewed here .Ethereum’s official Twitter account is @ethereumproject and its Facebook page is accessible here .The official message board for Ethereum is forum.ethereum.org .
According to CryptoCompare, “Sandwich complexity model: the bottom level architecture of Ethereum should be as simple as possible, and the interfaces to Ethereum (including high level programming languages for developers and the user interface for users) should be as easy to understand as possible.Where complexity is inevitable, it should be pushed into the “middle layers” of the protocol, that are not part of the core consensus but are also not seen by end users – high-level-language compilers, argument serialization and deserialization scripts, storage data structure models, the leveldb storage interface and the wire protocol, etc.However, this preference is not absolute.

Freedom: users should not be restricted in what they use the Ethereum protocol for, and we should not attempt to preferentially favor or disfavor certain kinds of Ethereum contracts or transactions based on the nature of their purpose.This is similar to the guiding principle behind the concept of “net neutrality”.One example of this principle not being followed is the situation in the Bitcoin transaction protocol where use of the blockchain for “off-label” purposes (eg.

data storage, meta-protocols) is discouraged, and in some cases explicit quasi-protocol changes (eg.OP_RETURN restriction to 40 bytes) are made to attempt to attack applications using the blockchain in “unauthorized” ways.In Ethereum, we instead strongly favor the approach of setting up transaction fees in such a way as to be roughly incentive-compatible, such that users that use the blockchain in bloat-producing ways internalize the cost of their activities (ie.Pigovian taxation).Generalization: protocol features and opcodes in Ethereum should embody maximally low-level concepts, so that they can be combined in arbitrary ways including ways that may not seem useful today but which may become useful later, and so that a bundle of low-level concepts can be made more efficient by stripping out some of its functionality when it is not necessary.

An example of this principle being followed is our choice of a LOG opcode as a way of feeding information to (particularly light client) dapps, as opposed to simply logging all transactions and messages as was internally suggested earlier – the concept of “message” is really the agglomeration of multiple concepts, including “function call” and “event interesting to outside watchers”, and it is worth separating the two.Have No Features: as a corollary to generalization, the dev team often refuses to build in even very common high-level use cases as intrinsic parts of the protocol, with the understanding that if people really want to do it they can always create a sub-protocol (eg.

ether-backed subcurrency, bitcoin/litecoin/dogecoin sidechain, etc) inside of a contract.An example of this is the lack of a Bitcoin-like “locktime” feature in Ethereum, as such a feature can be simulated via a protocol where users send “signed data packets” and those data packets can be fed into a specialized contract that processes them and performs some corresponding function if the data packet is in some contract-specific sense valid.Non-risk-aversion: the dev team is okay with higher degrees of risk if a risk-increasing change provides very substantial benefits (eg.

Sat Sep 14 , 2019
South African former International Boxing Organisation (IBO) welterweight champion Chris van Heerden is giving back.2 days ago Chris van Heerden. The 32-year-old professional boxer, who relocated to Los Angeles in 2013, is the first of a series of international sporting stars to join the new entertainment platform Fight To Fame. The blockchain-powered platform will not… 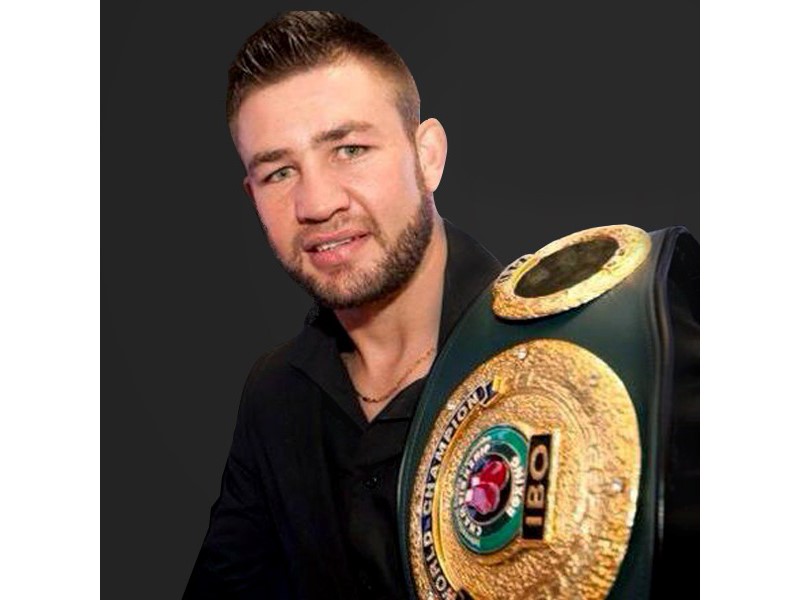