Home > Money > Banking & finance > Ethereum is down but surely not out: It’s just too smart Ethereum is down but surely not out: It’s just too smart October 30, 2018 12:51 pm
Bitcoin (Market cap for BTC: $110 billion) this, Bitcoin that. Poor Ethereum takes no pleasure in being always runner-up to BTC (market cap $20.3 billion dollars), but the tables are turning.
Ethereum (ETH) is an open-source software platform based on blockchain technology allowing developers to build and deploy decentralized applications (dapps), like Cryptoserval, a game, Digital asset-backed loans, Blockscout, an open source Ethereum explorer and Decentraland, a virtual world run on open standards.
On the official website under the tagline “build unstoppable applications”, Ethereum describes itself as a decentralized platform that runs smart contracts: applications that run exactly as programmed without any possibility of downtime, censorship, fraud or third-party interference.
Nearly 2,000 projects have been built on their blockchain at the time of writing.
Yet, the price of ETH has taken a huge hit this year, according to Investinblockchain, an industry site.

Read: Bitcoin on diet: Litecoin closing in as favourite among cryptos
Why so low?
Investinblockchain said it has plummeted nearly 90% from its all-time high of more than $1,400 in January, hitting as low as $170 in September. It currently trades in the $203-204 range.
The Bitcoin Exchange Guide (BEG) gives 3 reasons behind Ethereum’s price plunge in the last months.
The most important was related to Initial Coin Offerings (ICOs). During the last bull run in the crypto market in 2017, there was an ICO boom in the industry.

BEG said ICOs that had large holdings of Ethereum, decided to sell their funds in order to start working on their platforms. This has triggered other ICOs to start doing the same, liquidating their funds in ETH with the intention not to sell later at lower rates.
Another reason could be related to Ethereum’s core developers deciding to schedule a hard fork, a software upgrade known as Constantinople, in October 2018, to help the network to transition from Proof of Work (PoW) to Proof of Stake (PoS). But it was postponed for the next year.

A third reason is that other networks like TRON (TRX) are attracting attention. TRX can handle more transactions per second (TPS) than Ethereum and it is able to process these transfers faster.

Is the future brighter?
Roger Ver, CEO of Bitcoin.com says Ethereum could overtake Bitcoin (Currently in the $6400 range) by the end of 2018. Nigel Green, CEO of deVere Group said the price of Ethereum is predicted to increase significantly this year and could hit $2,500 by the end of 2018 with a further increase by 2019 and 2020.

Dubbed Wrapped Bitcoin (WBTC) and scheduled to launch in January 2019, the new token will be backed by Bitcoin on a 1:1 ratio, the three founding companies revealed in a joint press release last Friday.
“This initiative will be bringing together the liquidity of Bitcoin and the extensive smart contract developer ecosystem of Ethereum,” said Loi Luu, co-founder, and CEO of Kyber Network. “Applications on Ethereum such as decentralized exchanges and financial protocols will all be able to use Bitcoin seamlessly, creating Bitcoin trading pairs which have been impossible until now. At the same time, the usage of Bitcoin will be expanded by having more decentralized use cases, such as exchange, loans, and token payments.

”
To add initial liquidity to the project, Republic Protocol and Kyber Protocol will pre-mint some WBTC tokens from their own Bitcoin inventories and make the coins available to the users via atomic swap.
According to Toshi Times, BitGo will act as the primary custodian in charge of holding the BTC reserves. Back in September, the US-based blockchain security company received public trust company status allowing it to operate as a ‘regulated’ custody for institutional investors.
Describing the upcoming coin as a “transformational community effort,” BitGo said in a separate statement on Friday that the WBTC launch is following “significant institutional interest” in tokenization of assets like securities, commodities, and real estate.
Crypto world health
According to Ethereum World news, the crypto ecosystem has never been stronger.
“Digital currencies aren’t on the edge of a collapse.” There were the controversial words conveyed by Joseph Lubin, an Ethereum co-founder and Consensys founder, during a recent appearance on “First On CNBC” segment.

Highlighting the reoccurring theme of cycles in the cryptocurrency industry, Lubin noted that there have been a series of “booms and busts” in the crypto ecosystem in the past decade.

Alluding to the fact that while prices are in a “bust,” fundamentals are “booming,”.
He said the decline of speculative interest hasn’t irked true believers of this innovation.
Lubin added he is making this claim due to a colossal increase in the number of projects, people, entrepreneurs, and developers that are actively involved in this space. Follow AMEinfo on Facebook , LinkedIn , and Twitter , and subscribe to our newsletter at the bottom of this page.

Cryptocurrency ETFs are coming, here’s what you need to know

Wed Nov 28 , 2018
Investing 2.0 Have a cookie TNW uses cookies to personalize content and ads to make our site easier for you to use. We do also share that information with third parties for advertising & analytics. Got it! Blockchain, cryptocurrencies, and insider stories by TNW. Powered by Here’s what a cryptocurrency ETF is (you’re welcome) Get… 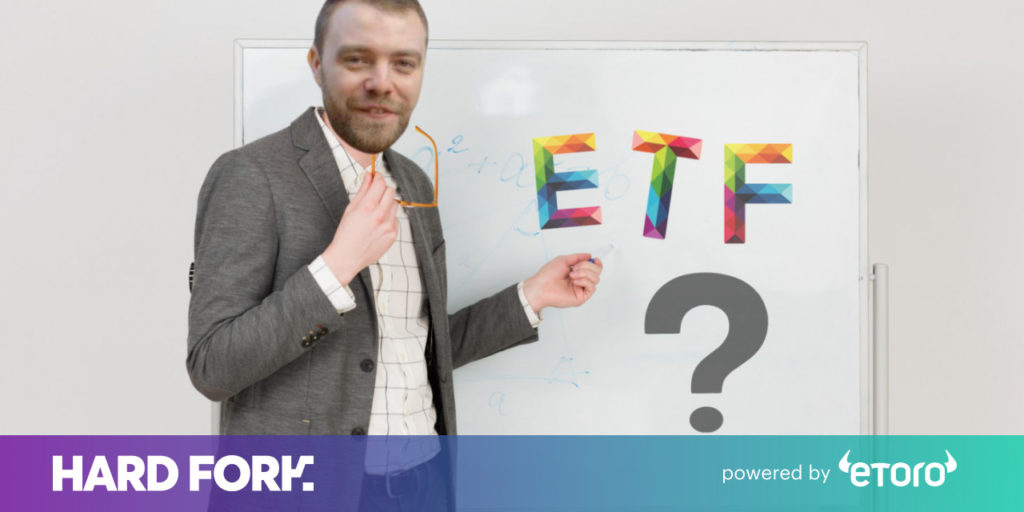