Ethereum’s hashrate has recently reached a new all-time high (ATH) as miners have resumed operations despite the hostile approach undertaken by Chinese authorities earlier this year.China Clampdown Disrupts Ethereum’s Rally Recall that Ethereum’s hashrate had hit a peak of 632.8 TH/s on May 19, 2021, following increased activities on the network just after ETH hit…

Ethereum’s hashrate has recently reached a new all-time high (ATH) as miners have resumed operations despite the hostile approach undertaken by Chinese authorities earlier this year.China Clampdown Disrupts Ethereum’s Rally Recall that Ethereum’s hashrate had hit a peak of 632.8 TH/s on May 19, 2021, following increased activities on the network just after ETH hit an ATH above $4,300 .However, the hashrate started to suffer after the Chinese authorities launched a full crackdown on crypto-related activities, particularly mining, on May 21, 2020.This move did not only cause the price of Ethereum (ETH) to plummet from $3,399 to $2,502, it also harmed the network’s hashrate as it dropped to a three-month low.This transpired because miners had no option but to shut down their mining rigs and relocate to countries that have friendly crypto regulations.Ethereum Hashrate Hits ATH Fast forward to September 2021, the number of ETH miners in China has decreased and many seem to have resumed operations in other regions, which is evident by the increasing computing power on the network.According to data from Etherscan, the network’s hashrate reached an all-time high of 715.4 TH/s on Sunday, indicating that miners have recovered from the effects of China’s clampdown.

Miners Take Solace in NFTs and DeFi Ethereum miners have shown resilience over the past few months despite the numerous Chinese FUD and the recent London hard fork that was implemented early last month.The upgrade, which is an integral part of the network’s journey to version 2.0, will ultimately see Ethereum migrate from a proof-of-work (PoW) algorithm to Proof-of-Stake (PoS).The London hard fork was implemented to reduce network fees by destroying an algorithmically determined base fee associated with transaction processing.Per https://dune.xyz/k06a/Ethereum-after-1559 on the Dune Analytics dashboard, over 290,000 ETH ($967 million), which was originally designed to be given as rewards to miners, have been burned since the London hard fork.With the upgrade, many believed there would be a massive exodus of miners from Ethereum to related networks like Solana and others.

Contrary to widespread speculation, Ethereum miners have remained committed as its demand continues to rise from non-fungible tokens (NFTs) and decentralized applications (DeFi) investors.Interestingly, both NFT and DeFi are currently the two hottest niches in the crypto space, with both markets amassing billions of dollars in trade volume and Total Value Locked (TVL).Bitcoin Hashrate Recovers Too Meanwhile, the computing power on the Bitcoin network has also started to recover from China’s crackdown and has continued to strengthen as more BTC miners resume their activities in friendlier climes.

As previously reported , on-chain metrics like hashrate and difficulty adjustment on the BTC blockchain show that the worst may be over for the network.

Psychedelic startups think ketamine, MDMA, and psilocybin could be a big business - Vox

Fri Oct 15 , 2021
For a long time, Chase Chewning had wanted to try a new type of psychotherapy that uses ketamine, a dissociative anesthetic that’s shown promise as a mental health treatment.Chewning, a veteran who has had several recreational experiences with MDMA and psilocybin, hoped the drug could help him with his PTSD, so he made an appointment… 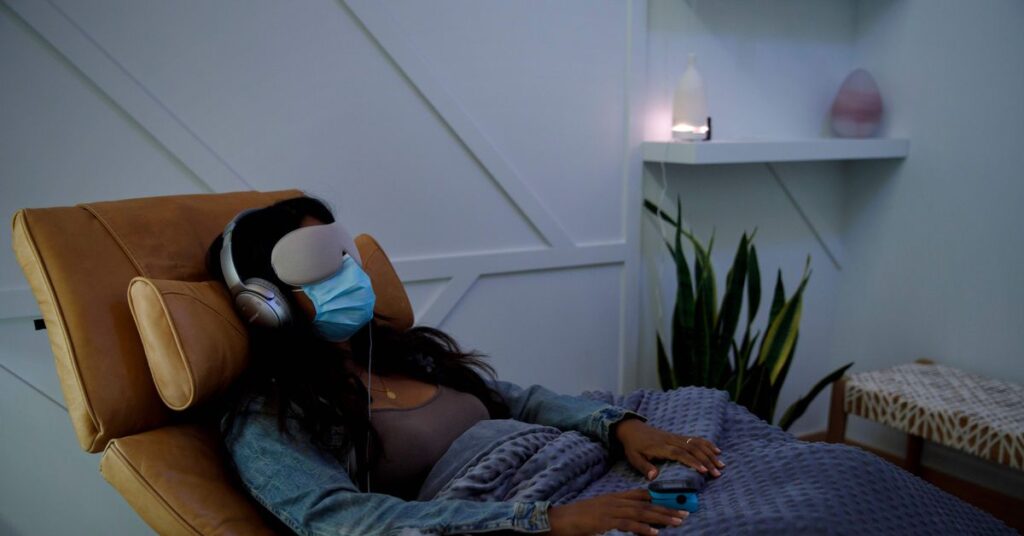