Ford Motor has increased the price of its electric pickup truck by thousands of dollars “due to significant material cost increases and other factors,” the Michigan automaker said Tuesday. The basic model for the F-150 Lightning, called the Lightning Pro, will now start at $46,974, up nearly $7,000 from its $39,974 price tag earlier this… 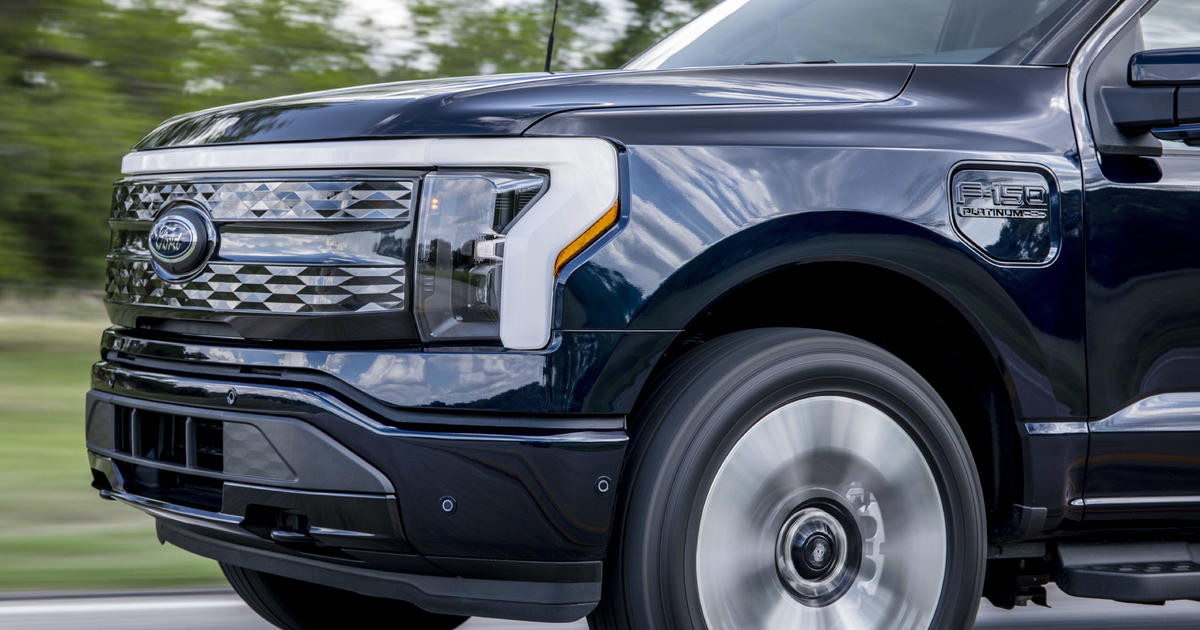 Ford Motor has increased the price of its electric pickup truck by thousands of dollars “due to significant material cost increases and other factors,” the Michigan automaker said Tuesday.

Ford’s price hikes come on the same day as President Biden’s signing of new legislation designed to make it easier for automakers to get the semiconductors needed to manufacture new vehicles.The Chips and Science Act provides more than $200 billion to boost domestic production of the computer chips, White House officials said .

Even though semiconductor shortages have weighed on the production of new vehicles, Ford said its price hikes were due to battery costs.

“The vast majority of this price adjustment relates to battery material costs and is unrelated to the CHIPS Act,” a Ford spokesperson told CBS News.

Ford began manufacturing the Lightning in April and delivered its first batch of vehicles in May of this year.More than 4,400 trucks have been sold so far, the company said.

Anyone looking to purchase the Lightning at its new price can preorder starting next Thursday, Ford said.Customers who have already preordered will pay the previous price, the automaker said.

Ford is the latest company to increase prices on its electric vehicle.Rivian, GM and Tesla have all raised their EV prices as metal prices have soared, along with the cost of components like lithium , which are necessary to make batteries.

But even as prices rise, demand for EVs is still strong.A survey released last month from motor club AAA found that about one-quarter of Americans say they want to get an electric vehicle as their next car purchase.

Research from Recurrent, a car industry analysis company, found that interest in buying an electric vehicle has soared 70% since January.

Automotive industry experts say it’s important to watch the price of electric vehicles as the U.S.tries to loosen its dependency on fossil fuels.Even as charging stations begin to sprout up nationwide, price hikes on EVs like the ones from Tesla could put those vehicles financially out of reach for the middle class, experts said.

Ford’s price increase also comes as the House is set to vote on the Inflation Reduction Act , which among other things includes thousands of dollars worth of tax credits for consumers buying electric vehicles.An industry trade group, however, says most customers won’t qualify for the credits today because the current version of the bill contains a provision where the car battery must be built with materials mined from North America.

Brooks is a reporter for CBS MoneyWatch covering business, consumer and financial stories that range from economic inequality and housing issues to bankruptcies and the business of sports.

Thu Aug 11 , 2022
An employee introduces 5G-enabled artificial intelligence at the Guizhou Big Data Exhibition Center in Guiyang, Guizhou province, May 26, 2022.[Photo/Xinhua] As 5G becomes an important force in reshaping the media, the sector should make greater efforts to leverage digital technologies to create content that is more interactive, mobile and visual in terms of its international…