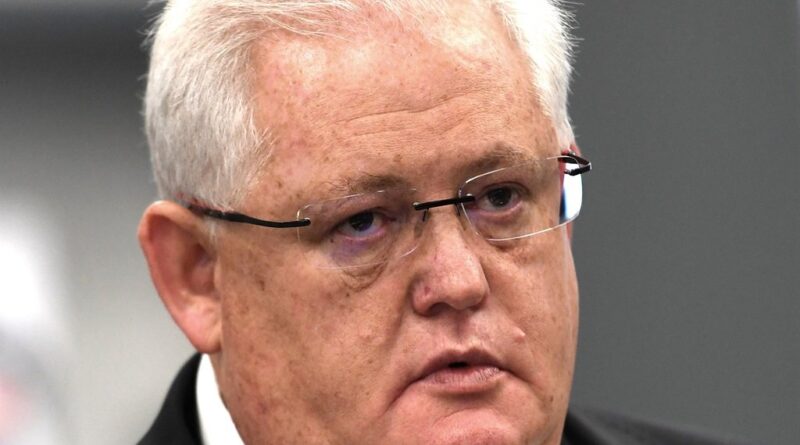 Former Bosasa COO Angelo Agrizzi was denied bail by the Specialised Commercial Crimes Court sitting in the Palm Ridge Magistrate’s Court on Wednesday.
Magistrate Phillip Venter said he was satisfied that a prima facie case had been made against Agrizzi.Agrizzi appeared alongside his co-accused, former ANC MP Vincent Smith, on Wednesday.
However, Venter postponed Smith’s matter to 3 December, while the court heard Agrizzi’s formal bail application.It was Smith’s second appearance, while Agrizzi made his first appearance.
Agrizzi was unable to appear alongside Smith at the time due to ill health.Smith was released on bail of R30 000 after handing himself over to police on 1 October.Smith faces one count of fraud and one of corruption, while his company – Euroblitz 48 – also faces a corruption charge.
Agrizzi faces a charge of corruption for payments he made to Smith while he (Smith) was an MP.Smith allegedly received payments to the tune of R800 000 through Euro Blitz 48.
It is alleged that security cameras and an electric fence were installed at Smith’s home in Roodepoort, News24 previously reported.
The value of the installation is estimated to be R40 000.Smith has previously maintained his innocence and denied the allegations.On Wednesday, Agrizzi, who was dressed in a dark grey suit and purple tie, arrived in court with a mobile oxygen unit.WATCH | #AngeloAgrizzi after his bail application was dismissed.

@TeamNews24 pic.twitter.com/hyA5VPfs4V — Jeanette Chabalala (@J_chabalala) October 14, 2020
He struck a sombre figure and seemed a shadow of his normally energetic self, as seen during his appearances before the Zondo commission into state capture last year and in other court appearances.
During his bail application, the State opposed bail, saying Agrizzi was a flight risk.
The State said Agrizzi had failed to disclose information about the value of his assets.
READ | Angelo Agrizzi’s crypto currency, offshore millions and assets: Here’s why the State’s opposing bail
It said Agrizzi, together with his wife, Deborah, moved millions to offshore accounts between December 2018 and January 2019 – this was before and during his testimony to the commission of inquiry into state capture.
He also bought property in Italy, worth R15 million, and also allegedly disposed of assets, including Ferrari sports cars, the court heard.Agrizzi had also allegedly transferred millions of rands to crypto currency accounts and moved millions more offshore to Italy.
The State accused Agrizzi of failing to properly disclose any of this during his February 2019 bail application, in a separate corruption case.
The State said, in light of the evidence of money movements offshore, Agrizzi may be a flight risk.
Meanwhile, Agrizzi’s lawyer, Mannie Witz, was not happy with the State’s decision to oppose bail, saying it was “unexpected”.
Witz told the court that his client denied there was ever an intention from his side to mislead the courts.

He said the court should consider his client’s medical condition and his comorbidities amid the Covid-19 pandemic.
He also said there was nothing untoward or sinister about Agrizzi’s assets, saying they were investments.But the State said the problem was not that Agrizzi had assets, but that he failed to disclose it.We live in a world where facts and fiction get blurred In times of uncertainty you need journalism you can trust.For only R75 per month , you have access to a world of in-depth analyses, investigative journalism, top opinions and a range of features.Journalism strengthens democracy.

Invest in the future today..