The Biden White House has just released its first-ever framework on what crypto regulation in the U.S.should look like — including ways in which the financial services industry should evolve to make borderless transactions easier, and how to crack down on fraud in the digital asset space.The new directives tap the muscle of existing regulators… 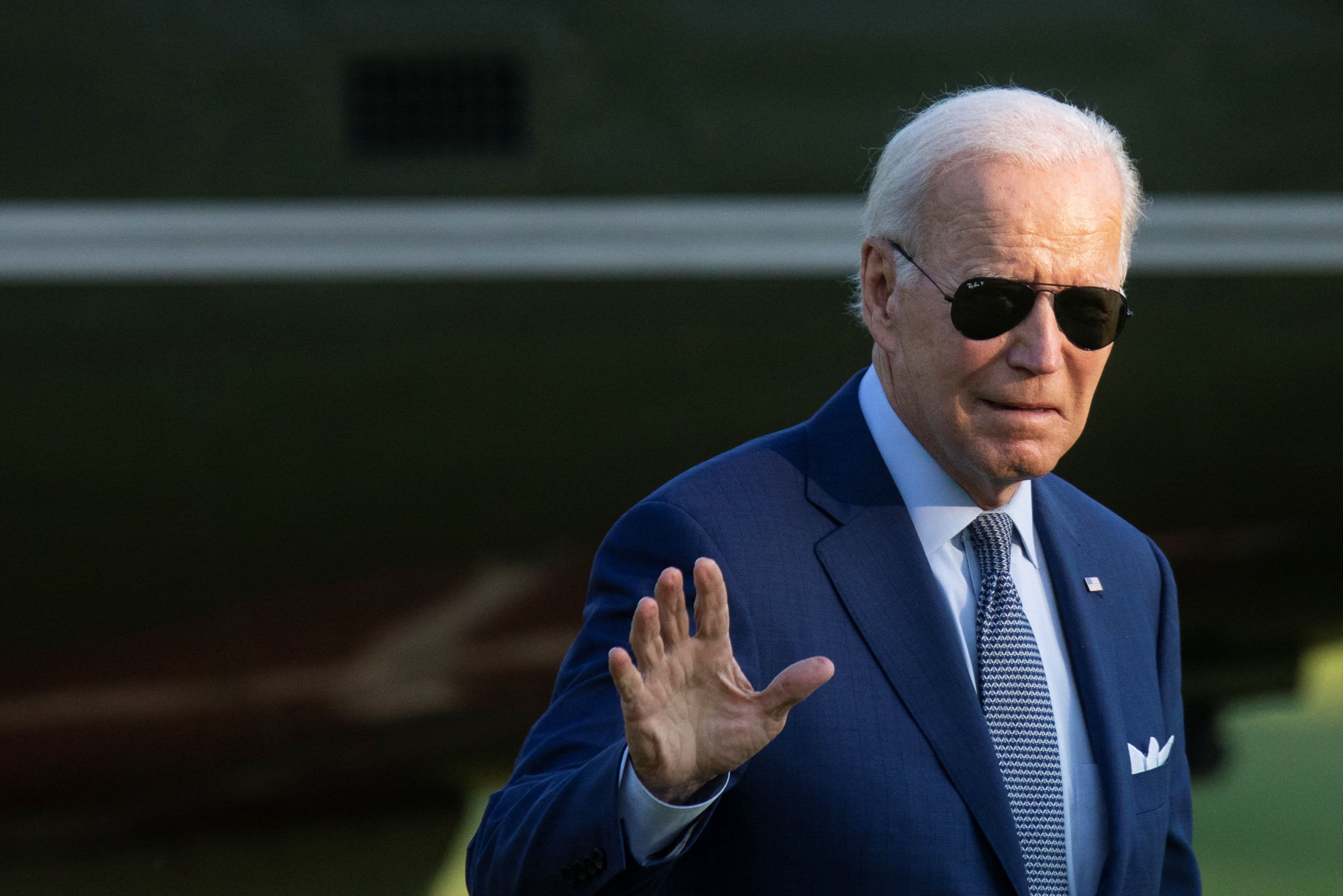 The Biden White House has just released its first-ever framework on what crypto regulation in the U.S.should look like — including ways in which the financial services industry should evolve to make borderless transactions easier, and how to crack down on fraud in the digital asset space.The new directives tap the muscle of existing regulators such as the Securities and Exchange Commission and the Commodity Futures Trading Commission, but nobody’s mandating anything yet.The long-awaited direction from Washington has, however, captured the attention of both the crypto industry as a whole — and of investors in this nascent asset class.The framework follows an executive order issued in March , in which President Joe Biden called on federal agencies to examine the risks and benefits of cryptocurrencies and issue official reports on their findings.For six months, government agencies have been working to develop their own frameworks and policy recommendations to address half a dozen priorities listed in the executive order: consumer and investor protection; promoting financial stability; countering illicit finance; U.S.

Together, these recommendations comprise the first, “whole-of-government approach” to regulating the industry.

Brian Deese, director of the National Economic Council, and national security advisor Jake Sullivan said in a statement that the new guidelines are meant to position the country as a leader in governance of the digital assets ecosystem at home and abroad.Here are some of the key takeaways from the White House’s new crypto framework.One section of the White House’s new framework on crypto regulation focuses on eliminating illegal activity in the industry — and the measures proposed appear to have real teeth.”The President will evaluate whether to call upon Congress to amend the Bank Secrecy Act, anti-tip-off statutes, and laws against unlicensed money transmitting to apply explicitly to digital asset service providers — including digital asset exchanges and nonfungible token (NFT) platforms,” according to a White House fact sheet.

Ether falls this week as ‘merge’ hype fades.The crypto outlook from here Atlantic Equities upgrades Activision Blizzard, says approval of Microsoft deal can spark rally Jefferies says buy Okta, an attractive cyber leader poised to rally nearly 50% The president is also looking into whether to push Congress to raise the penalties for unlicensed money transmitting, as well as potentially amending certain federal statutes to allow the Department of Justice to prosecute digital asset crimes in any jurisdiction where a victim of those crimes is found.

In terms of next steps, “Treasury will complete an illicit finance risk assessment on decentralized finance by the end of February 2023 and an assessment on non-fungible tokens by July 2023,” reads the fact sheet.

Crime is rife in the digital asset sector.More than $1 billion in crypto has been lost to fraud since the start of 2021, according to research from the Federal Trade Commission .Last month, the SEC said it charged 11 people for their roles in creating and promoting a fraudulent crypto pyramid and Ponzi scheme that raised more than $300 million from millions of retail investors worldwide, including in the United States.Meanwhile, in February, U.S.officials seized $3.6 billion worth of bitcoin — their biggest seizure of cryptocurrencies ever — related to the 2016 hack of crypto exchange Bitfinex.The framework also points to the potential for “significant benefits” from a U.S.

central bank digital currency, or CBDC, which you can think of as a digital form of the U.S.dollar.Right now, there are several different types of digital U.S.

Sitting in commercial bank accounts across the country are electronic U.S.dollars, which are partially backed by reserves, under a system known as fractional-reserve banking.As the name implies, the bank holds in its reserves a fraction of the bank’s deposit liabilities.Transferring this form of money from one bank to another or from one country to another operates on legacy financial rails.There are also a spate of USD-pegged stablecoins, including Tether and USD Coin.

Although critics have questioned whether tether has enough dollar reserves to back its currency, it remains the largest stablecoin on the planet .USD Coin is backed by fully reserved assets, redeemable on a 1:1 basis for U.S.

dollars, and governed by Centre, a consortium of regulated financial institutions.It is also relatively easy to use no matter where you are.Then there’s the hypothetical digital dollar that would be the Federal Reserve’s take on a CBDC.This would essentially just be a digital twin of the U.S.

dollar: Fully regulated, under a central authority, and with the full faith and backing of the country’s central bank.”A dollar in CBDC form is a liability of the central bank.The Federal Reserve has to pay you back,” said Ronit Ghose, who heads fintech and digital assets at Citi Global Insights.Federal Reserve Chair Jerome Powell previously said the main incentive for the U.S.

to launch its own central bank digital currency would be to eliminate the use case for crypto coins in America.”You wouldn’t need stablecoins; you wouldn’t need cryptocurrencies, if you had a digital U.S.

currency,” Powell said.”I think that’s one of the stronger arguments in its favor.” In the White House’s new framework, it points to the fact that a U.S.CBDC could enable a payment system that is “more efficient, provides a foundation for further technological innovation, facilitates faster cross-border transactions, and is environmentally sustainable.” “It could promote financial inclusion and equity by enabling access for a broad set of consumers,” continues the report.To that end, the administration urges the Fed to continue its ongoing research, experimentation and evaluation of a CBDC.Central bankers and U.S.lawmakers have for years bemoaned the rise of stablecoins, a specific subset of cryptocurrencies that have a value pegged to a real-world asset, such as a fiat currency like the U.S.dollar or a commodity like gold.

These nongovernmental digital tokens are increasingly being used in domestic and international transactions, which is scary for central banks because they don’t have a say in how this space is regulated.In May, the collapse of TerraUSD, one of the most popular U.S.dollar-pegged stablecoin projects, cost investors tens of billions of dollars as they pulled out in a panic that some have compared to a bank run.Widespread buy-in — and public PSAs — from respected financial institutions lent credibility to the project, further driving the narrative that the whole thing was legit.The implosion of this stablecoin project led to a series of insolvencies that erased nearly $600 billion in wealth, according to the White House.

“Digital assets and the mainstream financial system are becoming increasingly intertwined, creating channels for turmoil to have spillover effects,” according to the White House fact sheet.The framework goes on to single out stablecoins, warning that they could create disruptive runs if not paired with appropriate regulation.

To make stablecoins “safer,” the administration says the Treasury will “work with financial institutions to bolster their capacity to identify and mitigate cyber vulnerabilities by sharing information and promoting a wide range of data sets and analytical tools,” as well as team up with other agencies to “identify, track, and analyze emerging strategic risks that relate to digital asset markets.” Those efforts will also happen in concert with international allies, including the Organization for Economic Cooperation and Development and the Financial Stability Board..

Sun Sep 18 , 2022
A new mobile banking Trojan virus -- SOVA -- which can stealthily encrypt an Android phone for ransom and is hard to uninstall is targeting Indian customers, the countrys federal cyber security agency said in its latest advisory.The virus has upgraded to its fifth version after it was first detected in the Indian cyberspace in… 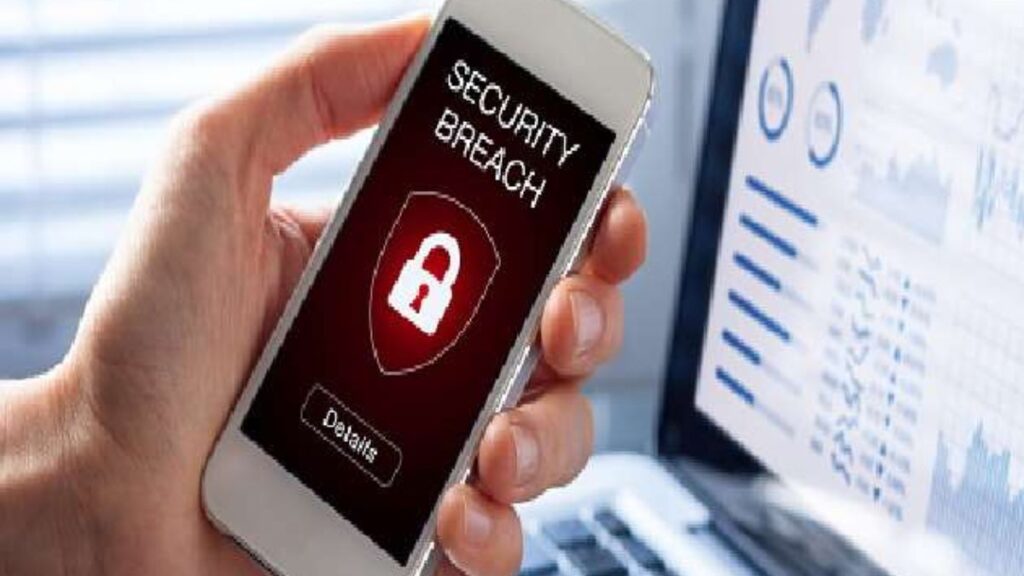