Failed Democratic presidential candidate Hillary Clinton on Tuesday praised the legislative accomplishments of President Biden while appearing to claim that everyday Americans didn’t understand or “appreciate” them.During an appearance on MSNBC’s “The Rachel Maddow Show,” Clinton complained about the successful “exploiting” of social media misinformation by Republicans, blaming the lack of “gatekeepers” and “people with… 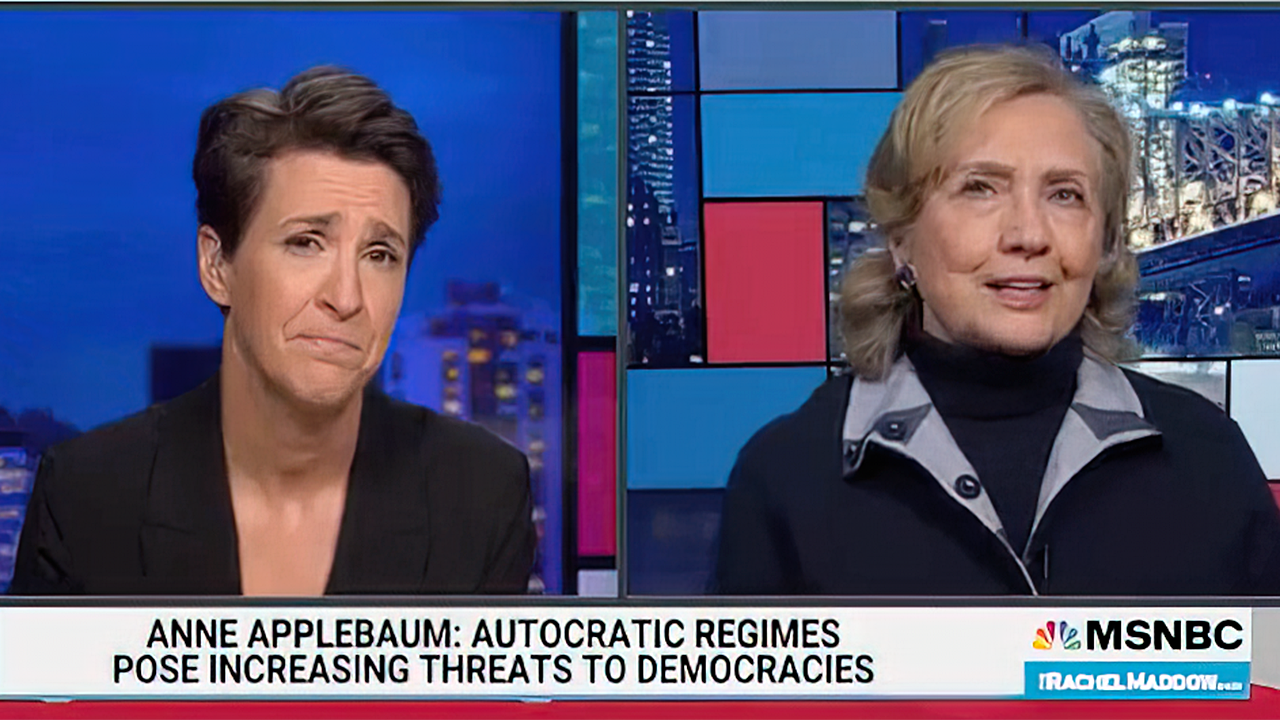 Failed Democratic presidential candidate Hillary Clinton on Tuesday praised the legislative accomplishments of President Biden while appearing to claim that everyday Americans didn’t understand or “appreciate” them.During an appearance on MSNBC’s “The Rachel Maddow Show,” Clinton complained about the successful “exploiting” of social media misinformation by Republicans, blaming the lack of “gatekeepers” and “people with a historic perspective” to help Americans understand what they were seeing.Rachel Maddow and Hillary Clinton on MSNBC, Nov.23, 2021.

(Screenshot/MSNBC) “You know, democracy is messy.You know, a lot of people got, oh I think, kind of frustrated looking at the messy process of legislation.And they didn’t really appreciate that, within a year, the Biden administration has passed two major pieces of legislation through both the House and the Senate,” Clinton said, referencing the coronavirus relief bill and the infrastructure bill that were both signed into law this year.BIDEN APPEARS TO MOCK AMERICANS’ INTELLIGENCE, QUESTIONS WHETHER ‘THEY’D UNDERSTAND’ SUPPLY CHAIN ISSUES She also mentioned the massive Democrat-backed social spending bill that passed the House last week but has almost no chance of passing in its current form in the Senate.”By any measure those are extraordinary accomplishments … But because of the way we are getting our information today, and because of the lack of gatekeepers and people who have a historic perspective who can help us understand what we are seeing, there is a real vulnerability in the electorate to the kind of demagoguery and disinformation that, unfortunately, the other side is really good at exploiting,” she added.

Glenn Youngkin celebrates during his election night party in Chantilly, Virginia, on Nov.3, 2021.

(REUTERS/ Jonathan Ernst) Clinton’s comments join what appears to be a growing trend by Democrats questioning the perception of Americans when it comes to the economic issues that affect their everyday lives.Democrats are facing a potentially difficult midterm cycle next year following a crushing loss in Virginia’s gubernatorial election .MEDIA GASLIGHTS AMERICANS ON ‘TRANSITORY INFLATION’: MIKE ROWE Earlier this month, Biden appeared to question everyday Americans’ understanding of how the supply chain worked and how it affected the availability of goods and services while answering reporters’ questions at a news conference.Biden claimed it was “a confusing time” for Americans.Shoppers in a Washington, D.C., suburb reacted to surging grocery prices amid supply-chain bottlenecks and rising inflation.(Fox news) Last week, Fox Business host Mike Rowe argued that the media was also playing a significant role in “gaslighting” people across the country when he asserted that they were being told things affecting them, such as high gas prices, weren’t actually happening.”We’re in a world where people are doing things that we can see, but we’re being told that that’s not happening … And when you start to stack those things up, it’s enough to make you look over your shoulder and think, you know, am I being punked, right?” he said.

CLICK HERE TO GET THE FOX NEWS APP Fox News’ Hannah Grossman and Kyle Morris contributed to this report.Brandon Gillespie is an associate editor at Fox News.Follow him on Twitter at @brandon_cg..

Over 50% Indians don’t want cryptocurrencies to be legalised: Survey - Times of India

Fri Nov 26 , 2021
The RBI is primarily concerned about cryptocurrencies for its potential threat to the rupee NEW DELHI: Seventy one per cent of Indians have low or zero trust in cryptocurrencies while over one in two Indians do not want cryptocurrencies legalised in the country but for RBI to roll out India’s own digital currency , according… 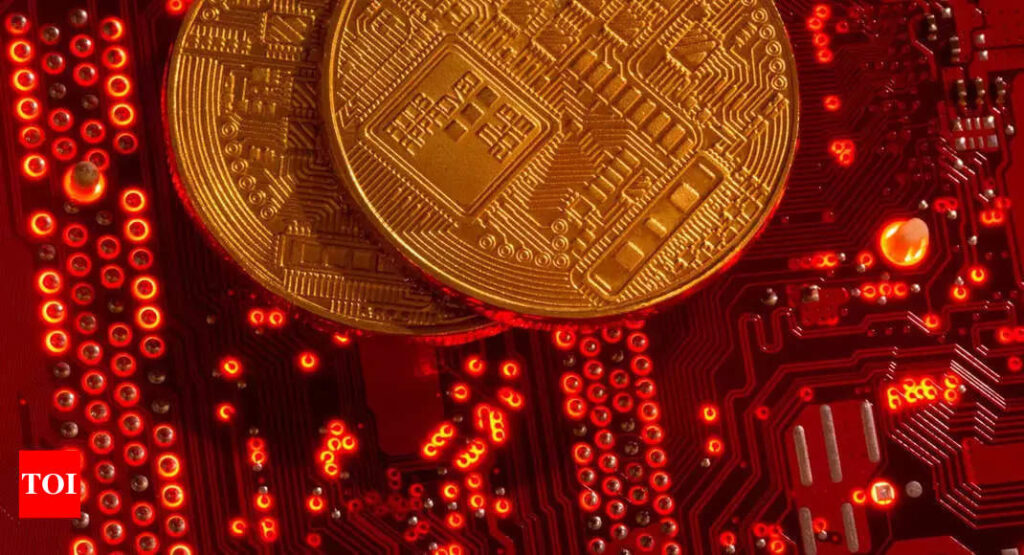