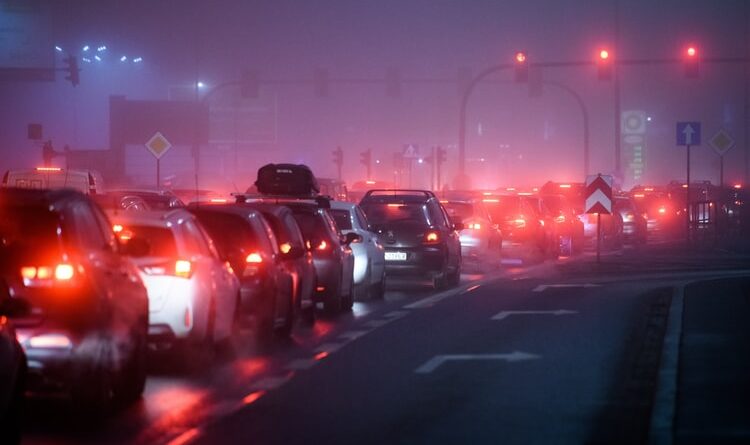 Just as DeFi is booming, Ethereum is facing congestion issues.Will DeFi find another home before Ethereum 2.0? 22, Crypto enthusiasts are all too familiar with the problem of blockchain scaling.In particular, the Bitcoin scalability problem — highlighted by the fact that PayPal transfers funds faster to your bank account.Likewise, the Ethereum blockchain network that facilitates the rapid DeFi growth is encountering scalability woes.So, which solutions (if any) are at hand? The Issue of Blockchain Scalability
Ever since blockchain entered the public spotlight, it has been followed by debates on how best to handle its scalability problem.As any IT technician can tell you — and just as Robinhood experienced first-hand , —the more a system is utilized, the more strained and slower will it become.Blockchain is no different.
The more users employ the blockchain network, the more limited it is in processing transactions because its blocks have limited size and frequency.In 2015, this scalability problem became so acute as Bitcoin’s popularity grew, that the debate on how to handle it eventually led to a hard fork , creating Bitcoin Cash (BCH) in 2017.
Before and since then, other scalability solutions were put forward: SegWit – brainstormed by Pieter Wuille in 2015, developer of Blockstream, segregated witness as a way of increasing the space of each block by taking the signature out of the transaction and placing it into a Merkle tree.

Lightning Network (LN) – as a second-layer protocol on top of a blockchain network developed in 2018.The Lightning Network hasn’t gained much popularity despite using smart contracts to speed up the data flow.BIP 101 – Bitcoin Improvement Proposal would not rely on layered solutions but simply increased the block size, from 8 MB to eventually 32 MB.As simple as it seems, it opens concerns about miners rigging the voting system, alongside reducing the number of nodes on the network due to the doubling events.
Blockchain scalability issues also gave birth to Bitcoin Classic, BIP 148, Bitcoin XT, and Bitcoin Unlimited.However, due to the decentralized nature of this sector, only the popularity of each proposed solution would bring one to the fore, and none of them punctured the popularity threshold.
Now, the DeFi market is valued at $8 billion .With Bitcoin’s scalability history in mind, what can be done to alleviate the Ethereum scalability problem, as the foundation of DeFi? How Ethereum is Problematic for DeFi
As the price of gas in real-life mirrors (or should) supply-demand infrastructure, so does the ETH gas price continue to rise as DeFi attracts more users.At a time when the leading stock trading apps offer commission-free stock trading, the price of DeFi transactions has risen to at least $10 fee per transaction.In this early stage, when just over 1% (about 114,000) of total cryptocurrency users are practicing DeFi on the Ethereum network — the situation is worrying.
DeFi-induced Ethereum congestion is not the first time Ethereum has experienced scalability issues.

In 2017, a blockchain-powered game called CryptoKitties caused the Ethereum network to almost ground to a halt, drastically increasing the times it takes to complete transactions.What previously took minutes, extended to hours and even days.
Needless to say, it is not a good sign that when a certain project reaches critical popularity mass, the entire infrastructure powering it is then crippled.

After all, how can anything grow and become even more popular with such limitations? It is a certainty that such an environment greatly demoralizes dApp developers.Will DeFi Stick With Ethereum?
Currently, DeFi is dependent on the Ethereum platform.

It may have initially spurred the entire ecosystem of smart contracts, but this doesn’t matter if the revolutionary DeFi can’t penetrate the masses due to its limitations.
As a result, many of the biggest DeFi players are planning to expand to other platforms.However, USDT (Tether), as the world’s largest stablecoin per market cap, still relies heavily on Ethereum .
As they say, it is the current year, and Ethereum is still behind schedule in achieving its key roadmap goals.Ethereum 2.0 was supposed to be fully realized almost two years ago.According to Vitalik Buterin , Ethereum’s developer, upgrades are underway:
“ETH2 scaling for data will be available before ETH2 scaling for general computation.This implies that rollups will be the dominant scaling paradigm for at least a couple of years: first ~2-3k TPS with eth1 as data layer, then ~100k TPS with eth2 (phase 1).

Adjust accordingly.”
As Ethereum lags, other platforms will gain popularity.Some of the emerging alternatives are Polkadot and Cosmos .
On Ethereum, high traffic means high gas prices and long completion times, which is a turnoff for the new generation of online traders used to zero-commission trading and swift transactions.Presently, with only the crypto-wealthy partaking in DeFi, this may not pose a problem.Nonetheless, it will pose issues if DeFi is to truly provide access to traditional financial instruments to everyone with internet access.
Do you think DeFi will continue with Ethereum? Let us know in the comments section below..

Is Ripple (XRP) Mining Possible? | Here’s All You Need to Know – ELEVENEWS

Is Ripple (XRP) Mining Possible? | Here’s All You Need to Know – ELEVENEWS