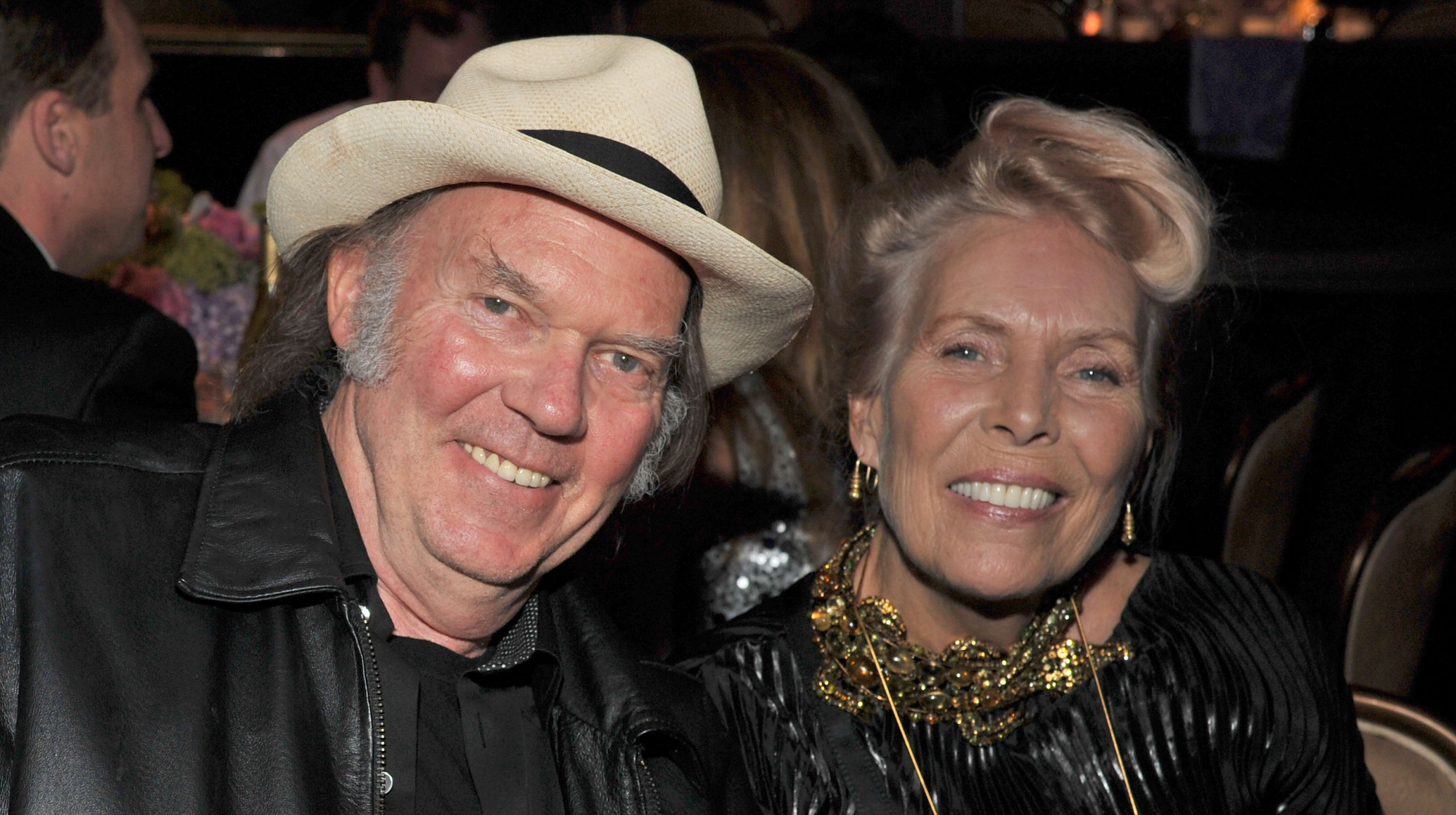 Until Wednesday, when Spotify announced it was complying with Young’s demand to remove his catalog, the streaming platform accounted for about 43% of Young’s global streaming revenue, Billboard estimates.(While Young claimed Spotify plays were 60% of his worldwide streaming income, that percentage is most likely his global plays and royalties would be less since Spotify pays less on average per stream than many of its competitors.) At an estimated $2.8 million in streaming royalties last year, that means Young’s decision will forego about $1.2 million each year for him and his label, Warner Music/Reprise.Of that, Young likely received half — $600,000 — under terms of a standard heritage contract.

Related Related Joe Rogan Acknowledges Criticism Which Led to Neil Young’s Spotify Boycott: ‘If I P—ed You Off… 01/30/2022

On top of that, Young earned $308,000 in publishing revenue from Spotify last year, Billboard estimates — about 19% of his total $1.624 million in publishing revenue.Half of that Spotify total — $154,000 — he would receive for the songwriter share with the other half going to Hipgnosis Songs, which bought Young’s publishing catalog for an estimated $150 million last year.

For Young, personally, the decision to pull his music from Spotify will cost him about $754,000 annually, by Billboard ‘s calculations.

In 2021, Mitchell’s recording catalog earned $373,000 from Spotify revenues, Billboard estimates.That’s 12% of her total $3.23 million in label revenue for sales and streams.Like Young, Mitchell’s heritage contract likely earns her half of those revenues, adding up to about about $186,500 in artist royalties she is foregoing.

Her publishing, including her songwriting share, earned about $735,000 annually, Billboard estimates, of which about 13% — $94,000 — came from Spotify.Assuming Reservoir Media, with whom Mitchell signed a new administration deal last September, takes a standard 10% administration fee, that means Mitchell will be missing out on about $85,600.(Note: at time of publishing, only Mitchell’s recordings for Warner Music Group had been removed from Spotify, and Universal Music Group — with whom she worked from 1982 to 1991 — did not respond to requests for comment.But, for the purposes of these calculations, it is assumed all of her recordings will be pulled from Spotify.)

Mitchell’s personal annual loss, based on her catalog’s performance for 2021, would be about $272,000 in total artist and publishing royalties, Billboard estimates.

Young made a public demand on Monday that his manager and label pull his catalog from Spotify in protest of the streaming platform’s exclusive distribution of The Joe Rogan Experience after a group of 270 doctors, scientists, professors and other medical professionals published an open letter earlier this month saying Rogan and his guests were spreading misinformation around COVID-19.

Among other comments, they noted that Rogan has discouraged young people from receiving the COVID-19 vaccine, incorrectly claimed that mRNA vaccines are “gene therapy” and promoted the use of ivermectin to treat COVID-19, contrary to FDA warnings against using the drug to treat the virus.

“With an estimated 11 million listeners per episode, JRE , which is hosted exclusively on Spotify, is the world’s largest podcast and has tremendous influence,” Young wrote on Monday in a since-deleted post reported by Rolling Stone .“Spotify has a responsibility to mitigate the spread of misinformation on its platform, though the company presently has no misinformation policy.”

Two days later, Spotify compiled with Young and his label’s request and in a statement noted its content policies had led the company to remove tens of thousands of podcast episodes related to COVID-19 over the past two years.

“We want all the world’s music and audio content to be available to Spotify users,” said a Spotify spokesperson in a statement.“With that comes great responsibility in balancing both safety for listeners and freedom for creators.

We have detailed content policies in place and we’ve removed over 20,000 podcast episodes related to COVID-19 since the start of the pandemic.

We regret Neil’s decision to remove his music from Spotify, but hope to welcome him back soon.”

On Friday night, Mitchell followed her old friend and contemporary’s lead, announcing she was also pulling her legendary catalog from the platform.“I’ve decided to remove all my music from Spotify,” she wrote in a brief note on her website.“Irresponsible people are spreading lies that are costing people their lives.I stand in solidarity with Neil Young and the global scientific and medical communities on this issue.”

Young and Mitchell’s decisions have become music’s biggest story this week, and Spotify’s competitors have been looking to capitalize on the moment.And though it’s not the point of their protest, this attention could also mean new deals and increased interest in the iconic artists’ music, which translates to more streams and sales away from Spotify — at least for the short term.

On Thursday, SiriusXM announced it was bringing back its Neil Young Radio station for a limited run.

Apple Music also ran a social media campaign seeking attract Young fans and pronounced its “love” for the rocker on the platform with curated playlists, while the hashtag #cancelSpotify and “Apple Music” were both trending topics on Twitter.

Young, who has railed against low quality audio streaming for years, also relished in the moment as an opportunity to direct his fans to high fidelity alternatives.Among the leading streamers, only Spotify does not offer HiFi, which Young claimed in a post on his website Friday cuts the quality of its music to 5% of its original content.“It’s easy to do that with digital, thus allowing more songs and less music to stream faster,” he wrote.“That’s because 95% is missing.That’s what Spotify the tech company does.Spotify then sells you the downgraded music.”

Spotify chooses “business over art,” he continued, claiming and that the streamer “is ripping you off and has been since day 1.” Instead, he encouraged fans to use Apple Music, Amazon or Qobuz, which “deliver up to 100% of the music today and it sounds a lot better than the shitty degraded and neutered sound of Spotify.”

On Friday, Young directed his fans to a link that offers four months free of Amazon Music Unlimited, in what appeared to be a special arrangement with the streaming service (new Amazon Music Unlimited subscribers typically only receive a 30-day free trial).“Amazon has been leading the pack in bringing Hi-Res audio to the masses, and it’s a great place to enjoy my entire catalog in the highest quality available,” Young wrote.