Home » Cryptocurrency News » Cryptocurrency News » How One Line of Code Destroyed Yam DeFi How One Line of Code Destroyed Yam DeFi August 13, 2020 0 Comments A single mistake cost them everything.The now notorious project, Yam.Finance, was launched without a proper code audit just like many other projects in the space.Richard Ma, the CEO of blockchain security company Quantstamp, told Cointelegrpah that many DeFi projects are launched unaudited in order to capitalize on reverse psychology: “Not having an audit is currently seen as a good way to use reverse-psychology to do marketing.” He added, “It creates the perception that these projects are so in-demand, and that you’re getting in on it at the ground floor, before other people have heard of it.” According to Ma, many popular projects like Yearn Finance, Cream and Yearn Finance II were launched in the same fashion.However, he notes that it does not necessarily mean that DeFi users need to be paranoid about these beloved projects; Ma noted that “the most danger lies in the early days.” If a project survives its early growing pains, it “starts to accumulate many informal security reviews”.In the case of Yearn Finance, Quantstamp ended up performing a formal security audit later on.Yam was not fortunate enough to make it to that stage.Though Ma performed an unofficial audit of some of Yam’s smart contracts, he did not audit the one that led to the project’s failure.Examining the code, said that a single line of code doomed the Yam farmers: “totalSupply = initSupply.mul(yamsScalingFactor)” This should have been followed by “div(BASE)”, in essence dividing the supply by a very large number — 10 followed by seventeen zeros.

Without this divisor, the network was set to create “Zimbabwe style” inflation.According to Ma, there is no way of fixing this bug and as a result, approximately $750,000 worth of crypto is permanently locked.Quanstamp’s CEO does not believe that the Yam debacle will break DeFi as “DeFi people have a way of being okay with volatility”.He also added that many crypto influencers invested in the now defunct project, noting that “So many influencers got into YAM – it’s about 1/3rd of my twitter feed now”.

This is the finding of a yet-to-be-reviewed research paper, released on pre-print site arXiv on Feb.7.A team of academics from Switzerland, France, Italy and Canada authored the paper.

Jian Hong-Lin and Kevin Primicerio conducted the analysis, while others, including Blockstream… Now Reporting to the SEC, Grayscale Bitcoin Trust One Step Closer to Public Trading Grayscale’s Bitcoin Trust now reports to the United States Securities and Exchange Commission (SEC), putting it one step closer to public trading.The announcementGrayscale’s Bitcoin Trust manages investment in Bitcoin on behalf of investors, exposing them to the coin’s potential for gains while mitigating risks.The Jan.21 announcement advertises the trust as the first of… Crypto Friendly Candidate Yang Left Off DNC Speech List The agenda for the Democratic National Convention, or DNC, does not include prior democratic presidential candidate Andrew Yang as a speaker, leaving the politician surprised.Known in the crypto industry for his comments on the burgeoning asset class, former presidential candidate Andrew Yang’s name does not appear on the DNC’s latest speaker list, according to… Report: Blockchain to Increase Royalty Streams to Artists in the Digital Music Industry An exclusive report shared with Cointelegraph highlights the positive impact that blockchain could have on the music industry.2199 Total views 45 Total shares The transition of royalty payments into the blockchain should empower artists in the music industry by increasing their bargaining power for asking higher payouts, claims a report that blockchain-based digital music… Bitcoin Miners Will ‘Defend’ Price Above $6,500 Ahead of Halving: Analyst Bitcoin (BTC) miners want to coordinate the market in order to maximize revenue as the 2020 block reward halving nears.Are miner’s controlling the market?That was the conclusion of a new Bitcoin price analysis by popular trader Filb Filb as BTC/USD neared $9,000 on July 17.

The largest cryptocurrency saw considerable downward pressure this week following a… Nevada Issues Almost 1,000 Marriage Certificates on Ethereum, But Gov’t Acceptance Varies Blockchain technology has already found its way into local government services in the United States, but Nevada particularly is proactive, the AP reported on Jan.7.Citing specifically the use of blockchain to issue digital marriage certificates, the publication found that two counties in the Silver State had already integrated the technology or were running trials.In… Kaleido Blockchain Implements QEDIT’s Zero-Knowledge Proof Solution Enterprise blockchain startup Kaleido, a part of ConsenSys’s venture studio, became the first to implement crypto privacy firm QEDIT’s zero-knowledge proof solution.An optional featureQEDIT claims in a press release shared with Cointelegraph on Sept.15 that this partnership with Kaleido will enable its private asset transfer feature as an off-the-shelf option for businesses using the… Russia’s New Prime Minister Sets Course for Digital Economy The Prime Minister of the Russian Federation has called on the country to prioritize the development of the digital economy.As domestic news outlet RIA Novosti reported on Jan.16, Mikhail Mishustin — who was confirmed in the position as the Prime Minister earlier today — noted some key priorities for his work and outlined the… Ahead of Bitcoin Cash Hard Fork, The Coin’s Competing Visions Vie for Hash Rate As the Nov.15 Bitcoin Cash hard fork draws closer, a majority of hash power favors the Bitcoin Cash SV iteration favored by Australian computer scientist Craig Wright’s nChain, data from Coin Dance shows Nov.12.According to Coin Dance, 66–77 percent of Bitcoin Cash (BCH) miners are backing the SV network based on currency hash… .

Sat Sep 12 , 2020
Report: ‘Blockchain Is A Rapidly Maturing Technology in China’ Forkast Insights, the research arm of Asia-based Forkast, took an in-depth, comprehensive look at how blockchain technology is integrated in China.On Dec.5, Forkast Insights presented its first report on how blockchain is being applied by the Chinese government and companies across the country.According to the report,… 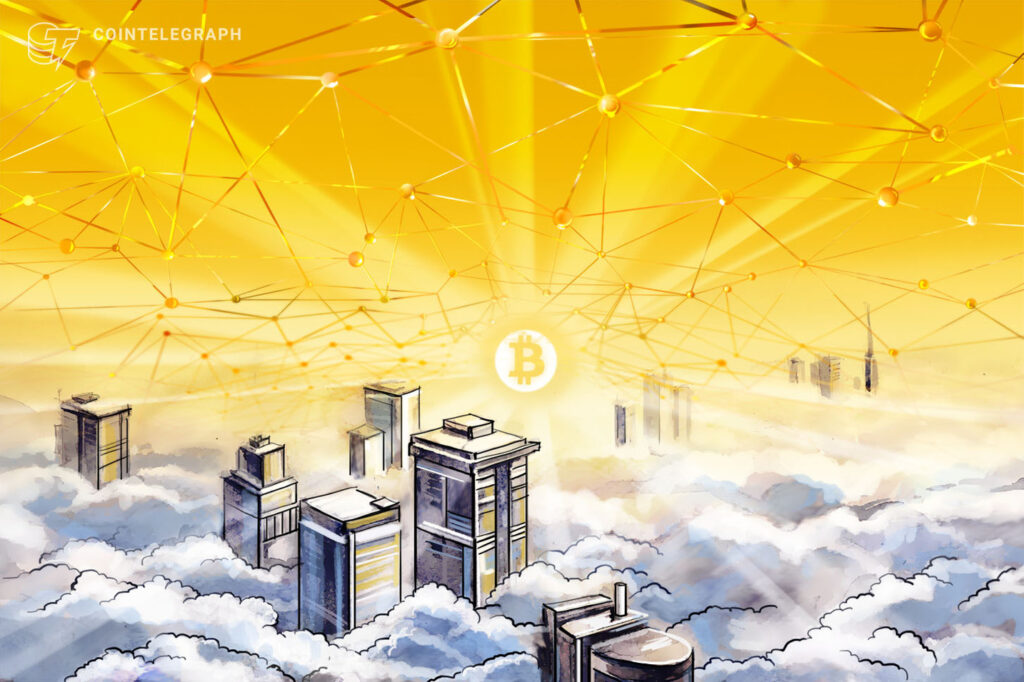