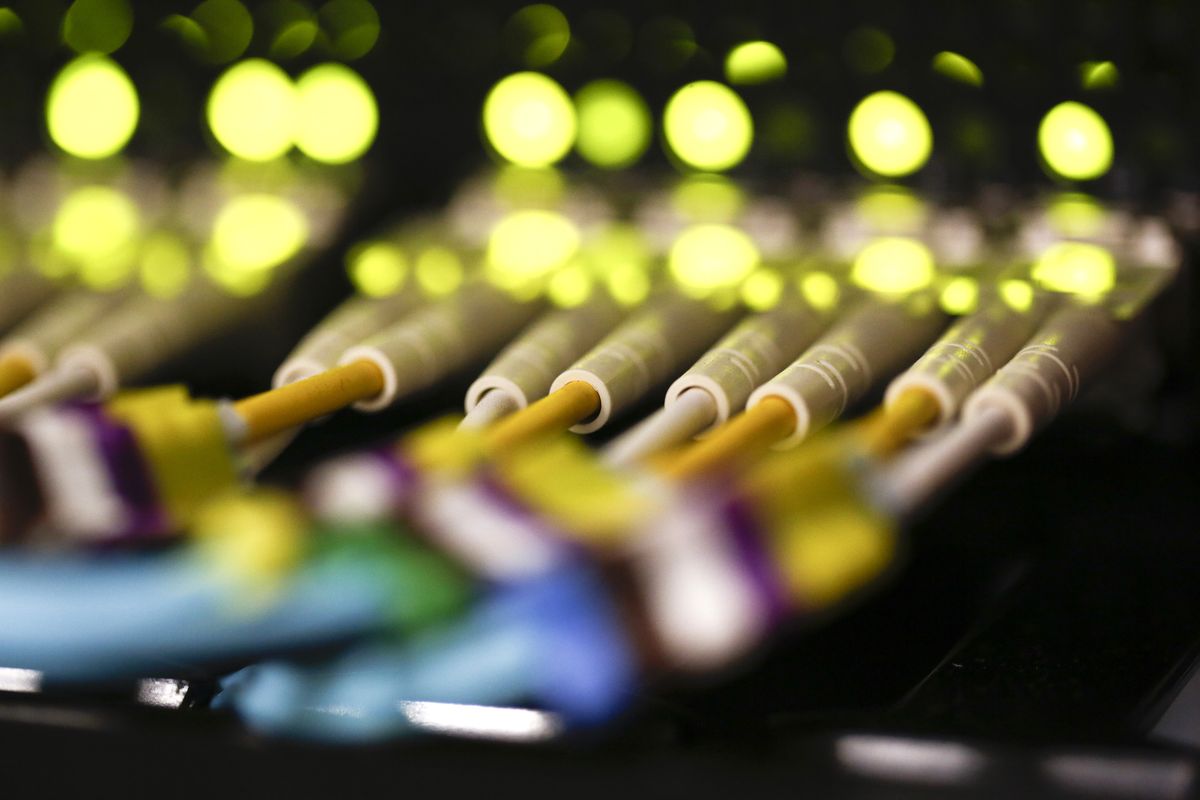 How One Mysterious Startup Is Riding the Bitcoin Wave By UBI Blockchain Internet has a soaring stock price, no revenue Hong Kong-based company registered to sell 72.3 million shares Longfin Surges After Touting Crypto Link
With hardly a year of operations under its belt and scant results to show for it, UBI Blockchain Internet is riding buzzwords to a stock boom.
It’s become one of the most valuable publicly traded companies in the bitcoin universe — second only to LongFin Corp. The stock surged almost 1,000 percent this year, valuing UBI Blockchain at $1.2 billion. Now, the Hong Kong-based company has registered to sell an additional 72.3 million shares owned by executives including Chief Executive Officer Tony Liu, regulatory filings show.
But persuading would-be shareholders to wager on an untested business model could prove challenging for a company with 18 employees, no revenue and whose regulatory filings list a disconnected phone number.

The volatility of bitcoin , considered a proxy for companies that rely on blockchain technology, isn’t helping either.
“The profile of this company is scary,” says Charles Lee , a professor of management and accounting at Stanford University. “Blockchain is right at the apex of saliency right now. But you have this problem because it’s hard to verify anything — the technology, the fact that it’s in China. You certainly don’t want to own this stock.”
Tony Liu ringing the opening bell with John Thain at the New York Stock Exchange.

Source: NYSE
Blockchain is a big, universally accessible database that keeps a digital record of transactions. UBI Blockchain says in filings with the U.

S. Securities and Exchange Commission that it wants to harness this capability “to trace a food or drug product from its original source within the context of the Internet of Things to the final consumer.” T.J. Jesky, UBI’s attorney at law firm Jesky Law, explains that “UBI Blockchain is in the process of building technology to trace pharma products made in China from manufacturer to the end user.

The idea is to prevent counterfeit products.”
Prospective shareholders might struggle to learn more about the company through other means. Calls to the phone number listed on the company’s SEC filings went to a number that has been disconnected, and a call to UBI Blockchain’s New York office rings to the mobile phone of Hong Zhu, who is listed in the filing without a title.

UBI Blockchain’s board approved a three-for-one share split, according to a filing Wednesday, to improve trading liquidity and to “enhance the company’s flexibility in connection with possible future actions.” Each shareholder will receive a dividend of three common shares for each share of Class A and Class B common stock owned on Jan. 9.
Like many companies hitching their fortunes to bitcoin and blockchain technology, UBI Blockchain’s stock has seesawed violently this year. The shares surged more than 1,000 percent in the early part of December and continue to swing with bitcoin-like vicissitude. The company’s shares rose as much as 27 percent early Wednesday before giving up much of those gains, only to surge 21 percent after news of the stock split. They were trading at $39.

99 at 1:10 p.m. in New York.
Filings portray a company whose finances are tenuous.

UBI Blockchain has an accumulated deficit of $6.3 million and just $15,406 in cash on hand. It burns through “approximately $220,000 per month,” according to the S-1 filing of Dec. 21 outlining plans to sell shares.

The document adds that “management is uncertain that the company can generate sufficient revenues in the next 12-months to sustain our operations.”
And yet, company executives, rather than the company, would reap proceeds from the share sales. CEO Liu, who has personally funded this business through loans at a 7 percent interest rate, is selling 40 million shares.
Just eight of UBI Blockchain’s employees work in “product development.” The company says it hopes to hire seven more employees by year end. UBI Blockchain’s recent S-1 filing lists four executives. Liu, 63, and director Jun Min, 57, of Hong Kong were previously executives at American Oriental Bioengineering Inc. and Cosimo Patti, 66, of Cliffside Park, New Jersey, was an independent director there.

AOB was once a billion-dollar market value Chinese maker of the “UrinStopper Patch,” a bedwetting inhibitor said to contain a “radioactive photon” that would “warm the acupoints,” thanks to “patent technology from the University of California, Berkeley.” But the stock cratered soon after a Barron’s story said tests of the patch “detected no radioactive elements.

” Barron’s also reported that AOB had no licensing agreement with Berkeley. AOB now has a market capitalization of $88,000.
In addition to Liu’s proposed sale, which represents two-thirds of his Class A shares, Patti is selling half his 500,000 Class C shares.
None of the employees list history in internet technology, networking, currency trading, blockchain or bitcoin. “I don’t think they have history in blockchain,” Jesky says. “Not many people do have a history in blockchain — it’s new.

”
UBI Blockchain didn’t do a traditional initial public offering. Rather, it merged into the shell of a Las Vegas, Nevada-based company called “JA Energy.” Similarly, AOB emerged through a reverse merger.
The stock rise is mirrored in a number of other companies that have folded cryptocurrency into their business plans.

Shares of Digital Power Corp. rose more than 700 percent in the last three months while LongFin Corp . is up more than 900 percent since its shares went public two weeks ago, Riot Blockchain is up more than 600 percent, Seven Stars Cloud Group Inc.

has more than doubled and Siebert Financial Corp.

has seen its shares jump more than 300 percent. Their combined market value is now $5.8 billion. Their combined annual revenue in 2016 was just $22 million.
For more on cryptocurrencies, check out the Decrypted podcast:
Mark DeStefano, the Las Vegas-based business affairs manager for the Jesky law firm insists that UBI Blockchain’s will eventually create a useful, valuable blockchain technology. “We’re not one of those crazy bitcoin companies,” he says.

“We don’t want to be lumped in with those stock frauds.” Before it’s here, it’s on the Bloomberg Terminal.