Ty Stehlik, who works the front desk at a hotel in Milwaukee, pleaded for a raise all through the pandemic — and finally got an extra $1 an hour in the fall to make $15.But higher prices for rent and food have completely negated that 7 percent bump.Stehlik, who identifies as nonbinary, says they’re still…

Ty Stehlik, who works the front desk at a hotel in Milwaukee, pleaded for a raise all through the pandemic — and finally got an extra $1 an hour in the fall to make $15.But higher prices for rent and food have completely negated that 7 percent bump.Stehlik, who identifies as nonbinary, says they’re still relying on family for help covering rent and groceries.

“That raise meant nothing,” said Stehlik, 23, whose roommate works at the same hotel.“I’ve got student loans.My roommate’s got medical debt.Most of my co-workers work two or three jobs, and they’re still having difficulty making ends meet.”After years of barely budging, wage growth is finally at its highest level in decades.A global pandemic, combined with swift government stimulus and unexpected labor shortages, have put workers in the driver’s seat, giving them the kind of negotiating power they had never imagined.But in an unexpected twist, the same strong economic recovery that is emboldening workers is also driving up inflation, leaving most Americans with less spending power than they had a year ago.Although average hourly wages rose 4.7 percent last year, overall wages fell 2.4 percent on average for all workers, when adjusted for inflation, according to the Labor Department.The only sector where pay increases outpaced inflation last year was in the leisure and hospitality industry, where workers generally make the lowest hourly wages of any sector.Workers there saw a 14 percent average raise from about $17 an hour to more than $19.50, according to an analysis of Labor Department data.In interviews with more than a dozen workers, many said that despite considerable pay raises — as much as 33 percent, in some cases — they were still struggling to cover basic expenses.Several workers said they had taken second jobs to keep up with rising costs for groceries, gas and rent.

And many said their budgets will be even more strained once student loan payments resume in May.These businesses found a way around the worker shortage: Raising wages to $15 an hour or more Devon Norris works as a culinary arts high school teacher and in the months since the pandemic began, his annual salary has increased by more than 20 percent to $47,500.Norris says it’s still next to impossible to find an apartment in Jacksonville, Fla., that he can afford on his own.His basic expenses — food, gas, utilities, car insurance — have all ballooned in the past year.He pays $950 in monthly rent for a two-bedroom house, but he has been asked to move out so his landlord can sell the house.Comparable rentals in the area, he says, easily cost double what he was paying.Norris, a former restaurant manager, has begun taking part-time jobs at restaurants to make ends meet.“I make the most money I’ve ever made, but I’m still broke and struggling,” he says.“I never saw myself being 37 and needing a roommate.” For first time, average pay for supermarket and restaurant workers tops $15 an hour Inflation rose 7 percent last year to its highest level in four decades, as supply chain disruptions and labor shortages collided with growing demand from U.S.consumers.Gas prices are up 50 percent from a year ago, while the price of meat, fish and eggs is up nearly 13 percent, according to the U.S.

consumer price index.But inflation and wage growth can become intertwined.Most economists consider this round of wage growth a natural result of the strong economic recovery, as well as competition for workers, but some worry the cycle of high inflation and demand for higher wages can become self-reinforcing, as they were during the late 1970s and early 1980s.If consumers and businesses start expecting inflation to continue for a long time, each side will keep trying to outbid the other — businesses by charging higher prices and workers by asking for higher pay — fueling yet more inflation.Federal Reserve Chair Jerome H.Powell said last week that he is not yet seeing evidence of such a “wage-price spiral” but that the Fed is watching these trends closely as it prepares to combat inflation with interest rate rises this year.More critically, the big question is whether overall wage growth amounted to a one-time increase or the start of a period of more sustained wage growth — particularly for the economy’s lowest-paid workers.“The question is: How much of a deceleration will we see in wage growth this year?” said Nick Bunker, an economist at Indeed Hiring Lab.“A lot of those very strong gains were driven by the reopening, a surge of demand following the rollout of vaccines last spring, and households’ strong balance sheets.

But the outlook for 2022 is very unclear.”While the lowest-earning workers have seen the fastest wage growth in recent years — partly the result of cities, states and major employers raising their minimum wages — economists say that dynamic could change this year.Wages are beginning to tick up in white-collar industries that rely heavily on foreign workers and are struggling to recruit enough employees given the slowdown in immigration during the pandemic, according to Nela Richardson, chief economist for payroll software provider ADP.A recent report by the Conference Board found that U.S.businesses plan to raise wages by an average 3.9 percent this year, the fastest rate since 2008, with higher pay for new hires and inflation being cited as the main reasons behind those hikes.In 2022, companies plan to give biggest raises in more than a decade, report says “Where we’re starting to see wage pressures now is in professional business services, finance and information technology, where the talent war is strong and growing,” she said, adding that wages are growing fastest in the Northeast and along the West coast, where finance and tech workers tend to be concentrated.Those workers, she said, are also more likely to receive noncash compensation like restricted stock or stock options, which have benefited from the stock market boom.In Forest City, Pa., the helmet factory where Jennifer Matarese works recently raised wages from about $14 an hour to $20 to keep up with other warehouses in the area.“We worked for two years through this pandemic, but they only gave out pay raises once they realized, ‘Oh no, everyone is going to leave if we don’t give them more money,’ ” said Matarese, 44, who also works part-time at a dog camp and is using the extra money to pay down credit card debt she’s amassed during the pandemic.

“It’s really hard to see the light at the end of the tunnel.”Nicole Chociej, a graphic designer in West Virginia, makes 7 percent more than she did before the pandemic.

But her costs have gone up too: She’s spending $100 more on groceries each month and an extra $25 to fill up her tank every week.The mortgage on the home she shares with her husband near Steubenville, Ohio, has also ticked up, thanks to higher insurance costs.Four ways Americans are feeling inflation “Our house payment, insurance, food, gas — all of those things have gone up by at least 7 percent,” the 45-year-old said.

“I’m in a situation where I’m able to survive, but there’s no extra money for vacations or to spend on our nieces and nephews.”To offset soaring meat costs, she and her extended family are planning to pool their money to buy an entire cow, to keep them from buying meat at the grocery for months.“It’s going to cost us $1,200 to $1,800 for the cow, plus we’ve got to buy a freezer,” she said.“But that’s the kind of thing we’re having to do to save a couple of pennies here and there.” Andrew Van Dam contributed to this report..

Mon Jan 24 , 2022
NEW DELHI: In an indirect attack on the past Congress governments, Prime Minister Narendra Modi on Sunday said that attempts were made to erase the contributions of many freedom fighters after Independence but those "mistakes" are being corrected now. Addressing a gathering after unveiling a hologram statue of Netaji Subhas Chandra Bose at the India… 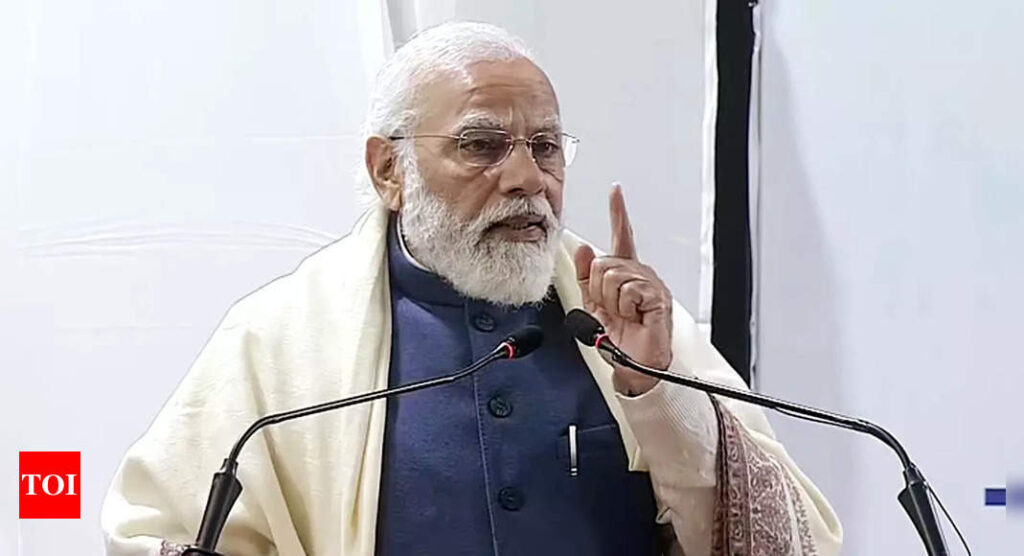