Dominic Raab grilled by Nugent over ‘worries’ about inflation Sign up for FREE now and never miss the top politics stories again Julian Jessop claimed the Bank of England ’s Monetary Policy Committee could hike its base rate from the current record low of 0.1 percent to as much as 0.5 percent.However, the “ Brexit… 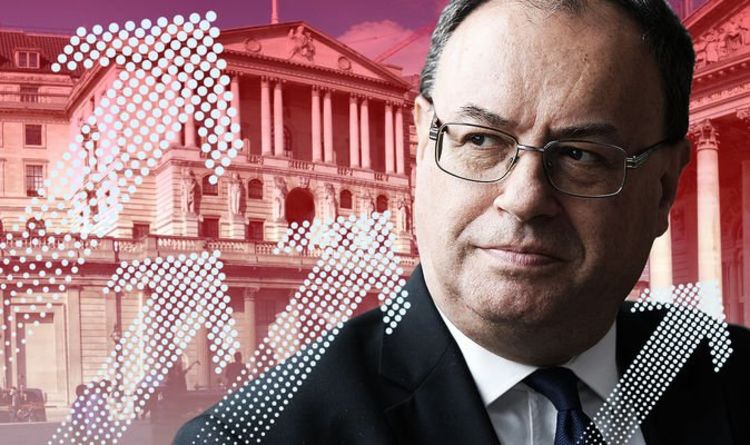 Dominic Raab grilled by Nugent over ‘worries’ about inflation

Julian Jessop claimed the Bank of England ’s Monetary Policy Committee could hike its base rate from the current record low of 0.1 percent to as much as 0.5 percent.However, the “ Brexit optimist” academic warned people not to panic because this would still represent a lower rate than the 0.75 percent in place before the pandemic struck at the beginning of last year.

Brexit trade war looms over NI Protocol He tweeted: “(It) looks increasingly likely that the #BoE (Bank of England) will raise interest rates much sooner than most anticipated, but don’t panic…

“A hike from 0.1 per cent to 0.25 percent (or even 0.5 percent) would still leave nominal rates near historic lows (and still lower than the pre-Covid level of 0.75 percent).

“The economic backdrop and fiscal choices will have a far bigger impact on the public finances than any likely changes in short-term rates.

“Credibility is important too.

“Some on the MPC (Monetary Policy Committee) may be happy just to let the current QE (quantitative easing) programme expire and not announce any more for 2022, but a small rate hike on top would send a stronger message.”

Later life mortgages (Image: Express) Trending He later added: “Consumer confidence is down in part because of inflation fears.The Bank needs to respond to this.”

Quantitative easing is a practice where banks print money in an effort to stimulate economic growth.Its downside is that it can lead to inflation increasing.

Mr Jessop spoke as homeowners were warned that they face the biggest surge in mortgage costs since the 2008 financial crash.

It comes as investors are reportedly bracing themselves for a string of interest rate rises to rein in rising inflation.

Prime Minister Boris Johnson (Image: Getty) This has been fueled by the UK’s current supply chain crisis and the reopening of the economy from the Covid pandemic.

Consumers will also be stung by Boris Johnson ’s National Insurance hike to fund social care in April, while council tax is expected to rise steeply too.

Samuel Tombs, economist at Pantheon Macro, said: “Our biggest concern is that the rise in mortgage rates implied by markets’ expectations for the Bank Rate would have a bigger impact on the economy via the housing market.”

Geoff Yu, a macro strategist at BNY Mellon, said: “Household cash flow may not be in a position to take more hits, but that is exactly the risk posed by early hikes in quick succession.

The unpalatable truth is, food prices will rise – EXPRESS COMMENT “Variable-rate mortgages linked to the Bank of England base rates still comprise about a fifth of all mortgages outstanding – not insignificant.

“This will almost be the exact proportion of households which would face further drags on net household cashflow.

“If the housing market wobbles at the same time, the corresponding wealth effect will feed through into further demand weakness.”

Wed Oct 13 , 2021
Florida Gov.Ron DeSantis delivered a strong boost to the Sunshine State's coffers and economy by ending the extra federal unemployment benefits early, a new study finds."Today, there is more job creation, more economic activity, and less unemployment thanks to the economic stewardship of Gov.DeSantis.In particular, the governor’s decision to end the $300 weekly unemployment bonus…