Submit Blog Home » Cryptocurrency News » Cryptocurrency News » Latest episode of ‘the Falcon and the Winter Soldier’ involves massive Bitcoin bounty Latest episode of ‘the Falcon and the Winter Soldier’ involves massive Bitcoin bounty April 2, 2021 Is it because of Bitcoin’s price, or simply the asset’s ever-increasing mainstream ubiquity? Possible spoilers ahead.
2484 Total views
18 Total shares
The Falcon and the Winter Soldier , a new Marvel Cinematic Universe show on the Disney+ streaming platform, incorporated a Bitcoin (BTC) bounty into its newest episode.
In episode three, “Power Broker,” one of the characters receives a text message which reads: “Selby dead.₿1K BOUNTY for her killers.” The reference, which drops around the narrative’s half way mark, is timely given Bitcoin’s ongoing bull market.At time of publication, 1,000 BTC equals approximately $58.8 million USD.The reference occurs around 24 minutes into episode 3 of The Falcon and the Winter Soldier.
Reddit user Okitraz1986 spotted the Bitcoin reference, and posted their findings (as well as a screenshot) on Reddit’s r/Bitcoin forum on Friday, saying:
“Thought it was cool, figured I’d share.Mind you this was a lot cooler like 5 years ago back when i got into the bitcoin space but still nice to see we’re making headway into cultural touchstones.”
Unfortunately, the story still shows Bitcoin being used in an underworld-esque manner, instead of as an asset for public investment — which would arguably be a more apt use case, if not quite so thematic.Over the years, Bitcoin has found it difficult to shake its reputed connections to nefarious activity, despite increasing legitimacy as a store of value similar to gold.
In late 2020, another TV show called Shameless also included Bitcoin and Ethereum references in one episode.Share this: Jimmy Wales, Special App, and Startup Oscars: This Year BlockShow Is Gearing Up I first dove heavily into blockchain in 2014 when I joined Cointelegraph.To set the stage, this was right around the time of shadow projects, bitcoin casinos, and the infamous Mt.

Gox crash.Almost everyone with a media badge was negative about the budding industry, and those who weren’t were typically working anonymously.At that… Experts Concerned Over Twitter’s Ability to Tweet on Behalf of Users A worse scenario than the recent attack against Twitter could happen if the social media network doesn’t strengthen its internal security procedures, say experts.1108 Total views 11 Total shares Cybersecurity experts are warning that the Twitter hack on July 15 shows that the social network needs to strengthen its security in order to avoid… Stairway to Scarcity: Bitcoin Sentiment to Rise Despite Halving Impact With Bitcoin’s (BTC) fourth halving just four days away, members of the global crypto community are eager to see how the event pans out monetarily for the flagship crypto asset.Historically speaking, the halving has almost always had a positive impact on Bitcoin’s price, but this time around, many experts believe that any potential value… Bullish $10K Ethereum call options excite traders but there’s a catch Ether’s (ETH) $10,000 Dec.31 call options recently came under the spotlight after surpassing $15.2 million in open interest (8,400 contracts).These instruments give the buyer the right to acquire Ether at a future date for a fixed price and the seller is obliged to honor it.For this right, the buyer pays an upfront fee… Bitcoin breaks above $12.3K after PayPal confirms Venmo to become BTC wallet The long-awaited “flippening” of fiat at PayPal will begin next year, as Bitcoin price action offers almost 5% daily gains.444 Total views 6 Total shares Bitcoin (BTC) gained almost 5% on Oct.

21 as bullish price action combined with fresh corporate adoption news to boost gains.Cryptocurrency market daily performance overview from Coin360PayPal takes BTC… Abra CEO: Crypto Firms’ Route to Remittances at Scale Will Be Complex but Successful Bill Barhydt, CEO of crypto wallet provider and payment startup Abra, believes that consumer cross-border payments and remittance services at scale continue to be a struggle for many crypto firms.Barhydt made his remarks during an interview with blockchain news source Breaker Mag on Jan.30.As Barhydt outlined, Abra — which counts around 500,000 users… Bitcoin Price May Hit $5.5K in 2020 to ‘Wear Out Bulls’ — Peter Brandt Bitcoin (BTC) could spend months trading at $5,500 before it recovers, one of the best-known analysts in the industry has warned.In a tweet on Nov.

21, Peter Brandt revealed his target for Bitcoin price was a floor of $5,500.

Negative pressure had engulfed markets on the day, sending BTC/USD to lows of $6,850.Brandt: length of… Ethereum’s Constantinople Hard Fork Faces ‘Consensus Issue’ in Testing An alleged “consensus issue” in the testing of a planned hard fork of Ethereum, called Constantinople, has caused a testnet to be “not usable,” according to a tweet from Ethereum blockchain infrastructure firm Infura October 13.Infura’s tweet also advises developers to use other testing networks while the Ethereum developer community is “investigating” the issue.As reported… Messari values Coinbase at $28 billion following IPO filing Potential listing could provide a valuation anchor, not only for future crypto IPOs but also for crypto-native exchange tokens.1108 Total views 11 Total shares Following cryptocurrency exchange Coinbase filing a draft registration for a public offering with the United States Securities and Exchange Commission yesterday, research company Messari has valued the company at $28… Leave a Reply You must be logged in to post a comment.Search. 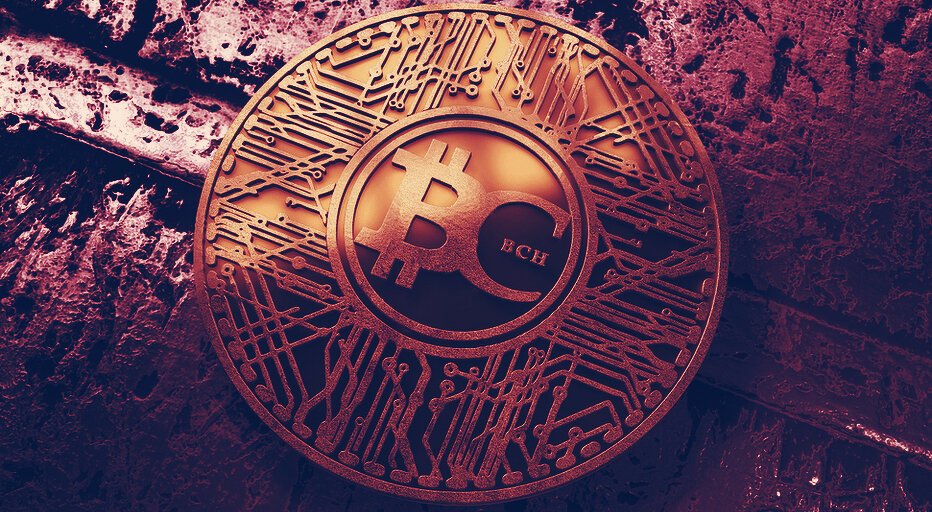