Mining Company Sues Group Behind Bitcoin ABC By Jeff Benson December 8, 2018 1:08 AM December 8, 2018 1:08 AM 0 LinkedIn Cancel United American Corp. maintains Roger Ver, Jesse Powell, Jihan Wu, and Bitcoin ABC all colluded to manipulate the Bitcoin Cash market. Voodoo may also be to blame.
So you lost money mining Bitcoin Cash? Just sue everyone involved in the recent Bitcoin Cash split – everyone, that is, on the Bitcoin ABC side of things.
That’s the approach taken by mining outfit United American Corp., which has filed a lawsuit claiming, among other things, that a “tight knit network of individuals and organizations [have manipulated] the cryptocurrency market for Bitcoin Cash, effectively hijacking the Bitcoin Cash network, centralizing the market, and violating all accepted standards, protocols and the course of conduct associated with Bitcoin since its inception.”
Given the Lambo-fueled world of crypto, one must wonder what constitutes unacceptable course of conduct – and who exactly is in this nefarious cabal?
The suit names Bitmain and its chief ringleader Jihan Wu; Bitcoin.com and venerable rabble-rouser Roger Ver; Kraken and head troublemaker Jesse Powell; and the untrustworthy Amaury Sechet, Shammah Chancellor, and Jason Cox, all of Bitcoin ABC.

ABC is the group behind the recent Bitcoin Cash protocol changes, which Craig Wright so vehemently opposed that he created his own, incompatible changes, resulting in the splitting of the currency into two. Wright’s version became Bitcoin SV.
The plaintiff in the suit is disgruntled mining company United American Corp. (UnitedCorp), which announced the suit in a company blog post yesterday, December 6.
According to UnitedCorp, it was just minding (and mining) its own business, trusting that everyone would, again, “abide by the accepted standards and protocols of the network,” that are described in Satoshi Nakamoto’s white paper. Its self-proclaimed naivete, it says, led to it “investing millions of dollars in development and deployment of infrastructure specifically for the mining of Bitcoin Cash.

” And now, since it’s suffering financial consequences, it’s asking for “injunctive relief against the defendants” as well as compensatory damages.

The core of its argument is intricate but clear: collusion by the defendants to manipulate the market.

It maintains that after the November 15 Bitcoin Cash hard fork, the defendants took control of the network by renting hash power: “Once the Bitcoin ABC rule set was established, it became the dominant chain and the rented hashing was withdrawn and was no longer contributing to the Bitcoin Cash network. UnitedCorp alleges that the use of computational hashing power that did not contribute to the network just prior and then was withdrawn shortly after the network upgrade was put in place for the sole purpose of maintaining an artificially longer chain over the existing rule sets and amounted to human manipulation for the purpose decentralizing the autonomous network and that this was orchestrated by a small group of individuals and corporations.

”
Jesse Powell and Kraken gain special mention for their coronation of the Bitcoin ABC chain. “Shortly after Bitcoin.com and Ver’s hostile takeover of Bitcoin Cash, Kraken – a well-known Bitcoin exchange in which Ver himself is a principal investor – and Kraken’s CEO Jesse Powell, decided that Kraken would maintain the BCH ticker for the ABC chain and indicated to users that the SV chain was a high-risk environment.

By doing so, Kraken and Powell effectively recognized the ABC chain as the official blockchain of Bitcoin Cash and the ‘winner’ of the network upgrade.”
Never mind that Kraken still maintains Bitcoin SV trading pairs – or that other exchanges took the same approach to the spun-off cryptocurrency.
Joking aside, is the company’s beef legitimate? Kinda.
Market manipulation is obviously a factor in crypto prices. But we’re not talking about a pump-and-dump scheme here. The defendants all appear to be into BCH for the long haul – they want the price to go up and stay up.
The plaintiffs are also correct in stating that the price of Bitcoin Cash has gone down since the split.

But the price of just about everything is down since November 15. It’s Crypto Winter, not Bitcoin Cash Winter.

(Have you seen Ethereum recently?) So, it’s hard to pin this one down to Bitmain, et al. ‘s actions.
And, as for collusion: Well, that’s crypto for you. Jeff Benson Jeff Benson is Managing Editor of ETHNews. He’s worked as a writer and editor everywhere from Sudan to Reno.

He holds a bachelor’s in politics from Willamette University and a master’s in nationalism studies from University of Edinburgh. When he’s not in the newsroom, he trots the globe and writes about it. He holds a bit of value in ETH. ETHNews is committed to its Editorial Policy
Like what you read? Follow us on Twitter @ETHNews_ to receive the latest Bitcoin Cash, Bitcoin SV or other Ethereum opinion news. Bitcoin Cash .

Sun Jan 6 , 2019
8 Foundations of Blockchain DNA Architecture – Part 2 In the second part of this article, I look at blockchain’s key concept of trust. The most important innovation put forward by blockchain, is the one of trust. In order to understand deeply what is radical about blockchain’s model of truth, I am firstly outlining 4… 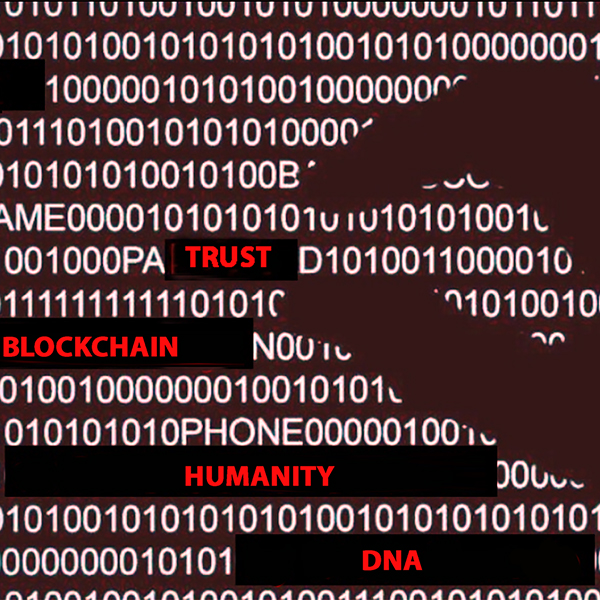