Here are five things you must know for Friday, Dec.18: 1.— Stock Futures Trade Flat Amid Slow Progress on Virus Relief Package
Stock futures traded mostly flat Friday as congressional leaders slowly hammered out the final details on a stimulus package and investors monitored fresh U.S.-China tensions.
Contracts linked to the Dow Jones Industrial Average fell 6 points, S&P 500 futures rose 2 points and Nasdaq futures dipped 4 points.
Stocks closed at record highs Thursday as another surprise jump in initial jobless claims increased confidence on Wall Street that lawmakers would soon agree to a coronavirus aid bill.
But progress on pandemic relief has been slow as some senators have objected to emerging items in the roughly $900 billion stimulus measure, according to Bloomberg.
Senate Majority Leader Mitch McConnell said a deal “appears to be close at hand,” but negotiations likely would drag on through the weekend.
Meanwhile, Reuters reported the U.S.was set to blacklist dozens of Chinese companies, including the country’s top chipmaker SMIC.
Washington is expected to name some Chinese companies that it said have ties to the Chinese military, sources told Reuters.About 80 additional companies and affiliates will be added to the so-called entity list.
Earnings reports are expected Friday from Nike ( NKE ) – Get Report , Darden Restaurants ( DRI ) – Get Report and Winnebago ( WGO ) – Get Report .
Should You Just Do It and Buy Nike in 2021?
Nike is a holding in Jim Cramer’s Action Alerts PLUS member club .Want to be alerted before Jim Cramer buys or sells the stock? Learn more now.2.

— Moderna’s Coronavirus Vaccine Wins Support From FDA Advisory Panel
Moderna’s ( MRNA ) – Get Report coronavirus vaccine candidate won support from a Food and Drug Administration advisory committee, paving the way for the second vaccine to combat the Covid-19 pandemic to receive full FDA clearance.
With U.S.deaths of 3,656 from Covid-19 setting another grim daily record, the committee voted 20-0 with one abstention to recommend that the FDA grant Moderna’s emergency use authorization.
Formal approval from the FDA could come Friday, meaning close to 6 million doses of the Moderna vaccine would be shipped around the country starting this weekend, The New York Times reported.
A vaccine from Pfizer ( PFE ) – Get Report and BioNTech ( BNTX ) – Get Report won emergency use authorization from the FDA last week.Vaccinations using the Pfizer/BioNTech shot began this week for healthcare workers and older people in senior facilities.
Moderna shares were unchanged in premarket trading Friday at $144.The stock has risen more than 635% in 2020.3.— FedEx Slips as Revenue Crosses $20 Billion but Costs Rise
FedEx FDX shares fell 3.12% in premarket trading Friday to $283.13 after the shipping giant’s costs rose in a fiscal second quarter that saw revenue jump 19% to $20.6 billion.
Earnings in the quarter rose 114% to $1.23 billion, or $4.55 a share, from $2.13 a share a year earlier.Adjusted earnings in the latest second quarter were $4.83 a share.
Analysts had been expecting FedEx to report adjusted earnings of $4.01 a share on sales of $19.43 billion.
“These results demonstrate the unparalleled strength of our global express network, the breadth of our e-commerce capabilities, and the dedication of our people,” said CEO Frederick Smith in a statement.
However, costs at FedEx’s ground unit – which delivers most packages – reduced profit margins to 7.5% in the quarter, down from 11.8% in the first quarter.
FedEx said margins at its Ground business will improve after the extra costs of the peak holiday delivery season.

The unit’s chief, Henry Maier, said during FedEx’s conference call that he was “highly confident of double-digit margins” in the next two quarters, Bloomberg reported.
The company declined to offer a specific forecast for the current quarter due to continued uncertainty.
“While the overall environment remains uncertain, we expect earnings growth in the second half of fiscal 2021 driven by the anticipated heightened demand for our services as we continue to execute on our strategic priorities,” said Chief Financial Officer Michael Lenz.4.

— Coinbase Files for Initial Public Offering
Coinbase, the biggest U.S.-based cryptocurrency brokerage, announced it has confidentially submitted a S-1 form for an initial public offering with the Securities and Exchange Commission.
The form would become effective after the SEC completes its review process, Coinbase said in a blog posting.The news came as bitcoin climbed to yet another record high Thursday, surpassing $23,600.
Coinbase, recently valued at around $8 billion, would become the largest publicly traded crypto currency company in the world, according to The Wall Street Journal.
On Wednesday, Coinbase named Marc Andreessen, co-founder of venture capital titan Andreessen Horowitz, and Kelly Kramer, recently-retired chief financial officer of Cisco Systems, to its board.

5.— Microsoft Finds Malicious Software in Its Systems Related to SolarWinds Hack
Microsoft ( MSFT ) – Get Report said it found malicious software in its systems related to the massive cyber attack that was disclosed by U.S.officials earlier this week, Reuters reported.
The software giant is a user of Orion, the widely deployed networking management software from SolarWinds SWI that was used in the suspected Russian attacks on several U.S.government agencies.
Microsoft also had its own products leveraged to attack victims, Reuters reported, citing people familiar with the matter.
“Like other SolarWinds customers, we have been actively looking for indicators of this actor and can confirm that we detected malicious SolarWinds binaries in our environment, which we isolated and removed,” a Microsoft spokesperson told Reuters, adding that the company had found “no indications that our systems were used to attack others.”
Hackers believed to be linked to Russia’s foreign intelligence service inserted malware into software updates for SolarWinds’ Orion IT infrastructure management software between March and June.This led to security breaches at the Treasury Department, the National Telecommunications and Information Administration, the Department of Homeland Security and a number of SolarWinds’ corporate clients.
Source: https://www.thestreet.com/markets/5-things-you-must-know-before-the-market-opens-friday-121820?puc=yahoo&cm_ven=YAHOO&yptr=yahoo Share this:.

Regulations of Cryptocurrency Around the World – Crypto Daily™

Mon Dec 21 , 2020
Bitcoin Ethereum News After over a decade of revolution in the global financial system, the role of cryptocurrencies has inevitably changed .From insignificant and highly speculative assets for insiders, they have since become a new category in commercial portfolios for both retail investors and big corporations.But to achieve full adoption on the market, regulations are… 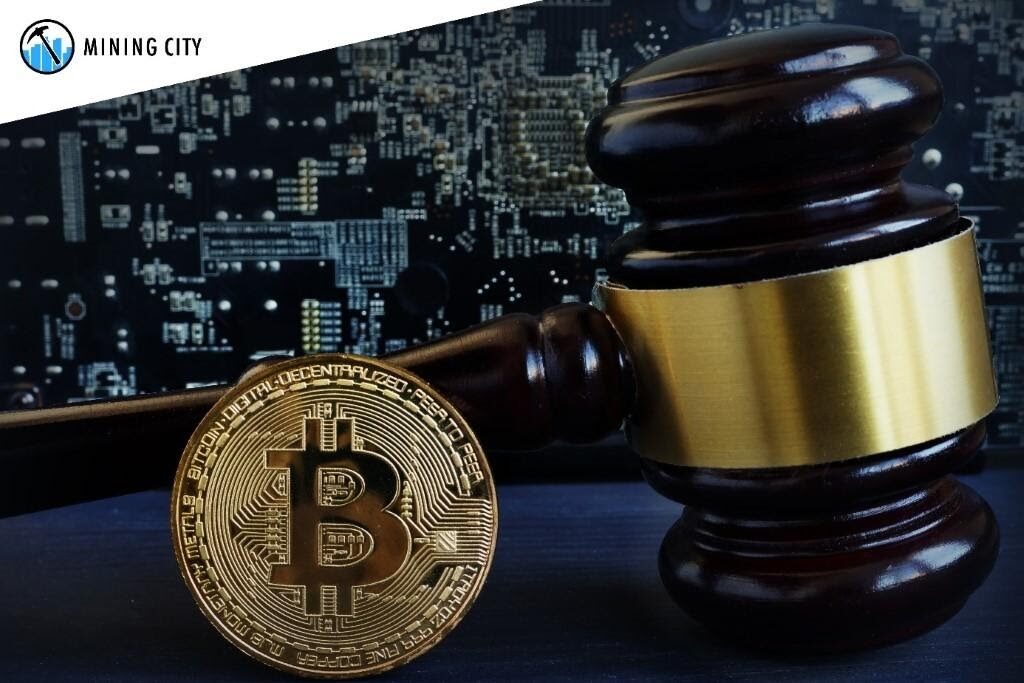