Mukesh Ambani on Friday backed the proposed data privacy and cryptocurrency Bills , saying India is putting in place the most forward-looking policies and regulations. Mr.Ambani, who has been a votary of Indians owning and controlling their own data and the nation drafting strict rules around how digital information is stored and shared, said nations… 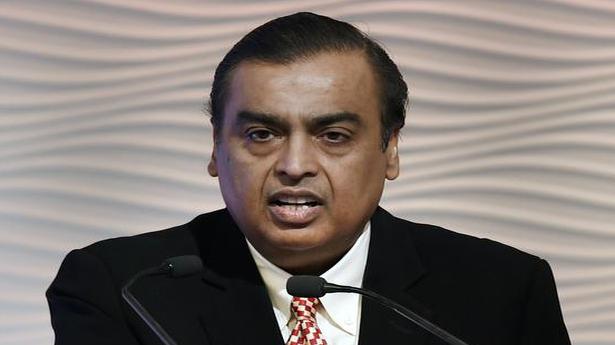 Mukesh Ambani on Friday backed the proposed data privacy and cryptocurrency Bills , saying India is putting in place the most forward-looking policies and regulations.

Mr.Ambani, who has been a votary of Indians owning and controlling their own data and the nation drafting strict rules around how digital information is stored and shared, said nations have the right to build and protect strategic digital infrastructure.

How safe is India’s crypto gold rush for ordinary investors? | In Focus podcast

Stating that data is the ‘new oil’, he said every citizen’s right to privacy has to be safeguarded.

“India is putting in place the most forward-looking policies and regulations,” he said at the Infinity Forum, hosted by International Financial Services Centres Authority (IFSCA).

The country, he said, already has a great framework of digital identity – through Aadhaar, digital bank accounts and digital payments.

“We are on the verge of introducing data privacy Bill and the cryptocurrency Bill.I think we are on the right track,” he said.

The uncertainty around cryptocurrency

The comments came as the government looks to bring a new Bill in Parliament to treat cryptocurrencies as a financial asset while safeguarding small investors.The legislation may stipulate a minimum amount for investments in digital currencies while banning their use as legal tender.

The legislative agenda for the current Winter Session of Parliament that started on November 29 lists bringing of a Bill that seeks to prohibit all private cryptocurrencies except “certain exceptions to promote the underlying technology of cryptocurrency and its uses.”

While the government is considering taxing gains from cryptocurrency, the Reserve Bank of India wants a complete ban on digital currencies as it feels this could affect the nation’s macroeconomic and financial stability.

Stating that every citizen’s right to privacy has to be safeguarded, he said the right policies and the right regulatory framework have to balance this with the nation’s need to guard data and digital infrastructure.

Mr.Ambani, chairman and managing director of Reliance Industries Limited, said that he was a big believer in blockchain technology.

“Using blockchain, we can deliver unprecedented security, trust, automation and efficiency to almost any type of transaction,” Mr.

Ambani said.“It can be used to modernise our supply chains that form the lifeblood of our economies.” India is now well on its way to transforming itself into a leading Digital Society, having put the digital infrastructure, and the regulatory framework in place.

Explained | Does data protection Bill have safeguards on privacy?

“Data is indeed the ‘new oil’.

But the new oil is fundamentally different from the traditional oil.Traditional oil was extracted only at select places – thus, it created wealth only for some countries.In contrast, the new oil – that is Data – can be generated and consumed everywhere and by everybody.It has the potential to create value equitably, across sectors, across geographies, across economic classes,” he said.

His comments come against the backdrop of a debate on how India should balance user protections with support for its digital economy in the world’s fastest-growing major internet market.Foreign companies and hundreds of home-grown startups have flourished amid a dearth of regulation.

Mr.Ambani’s Jio has supercharged internet adoption, helping crash data prices since launch in 2016 and his group has now created an online-to-offline retail platform take on the likes of Amazon and Walmart-backed Flipkart, which are both betting big on India’s e-commerce market.

The country, he said, is transitioning fully from 2G to 4G.“We are in the process of creating an equally affordable ecosystem of devices to enable greater adoption, supported by a faster rollout of optical fiber, cloud, and data centre infrastructure.

“The next step will be the connectivity of machines, devices and vehicles, which is the Internet of Things.With 5G rollout next year in India, we are on our way to having one of the most advanced digital infrastructures anywhere in the world.” Mr.

Ambani said India is well on its way to transforming itself into a leading Digital Society, having put the digital infrastructure, and the regulatory framework in place.

“Finance is at the heart of everything, and I believe we are in very early stages of sporadic digitisation, and with various new-age technologies emerging, the opportunity is in adopting a decentralised model of finance,” he said.

There will be centralised government and Central bank policies, but there will be a path to decentralised technological solutions where finance will be enabled and available to everybody, Mr.Ambani said.

Real-time technologies will help settle trades, not in days or hours, but in real-time.Smart contracts will become a reality.

“Convergence of real-time technologies, distributed ledger, blockchain, smart tokens etc with physical infrastructure using IoT will redefine the decentralised financing sector in a way that we have never imagined,” he added..

Sun Dec 5 , 2021
MIAMI BEACH, Fla.– Even if NFTs are a flash in the pan, cryptocurrency investors are betting that the underlying blockchain technology is here to stay.Crypto enthusiasts and venture capitalists flocked to Miami Beach, Florida this week during one of the world's premier art events.For the first time, Art Basel Miami featured multiple NFT exhibits.But the… 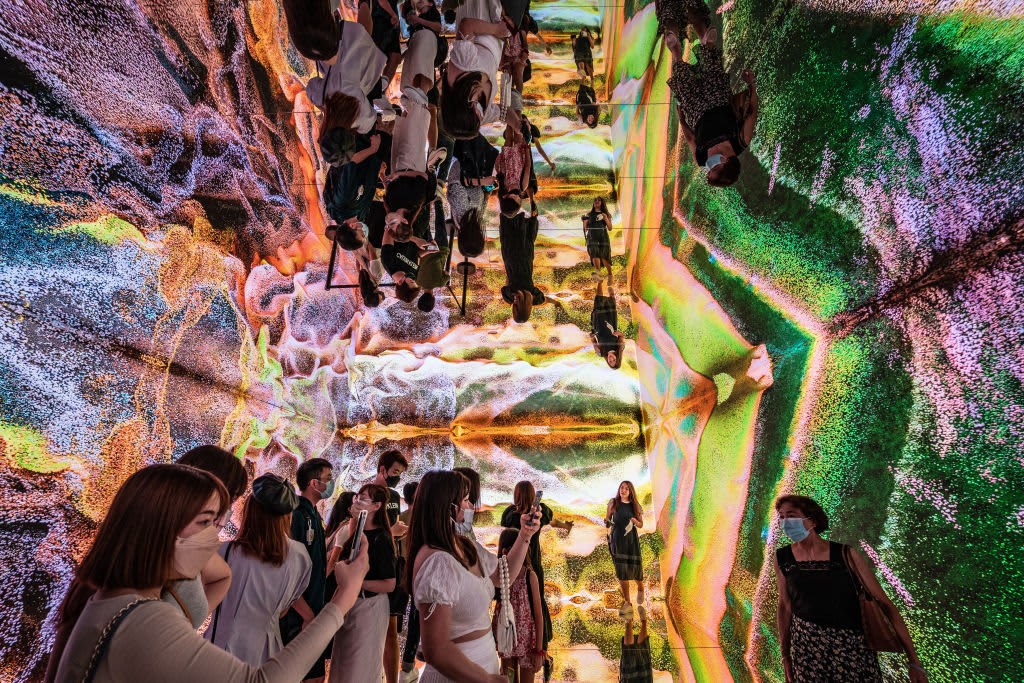