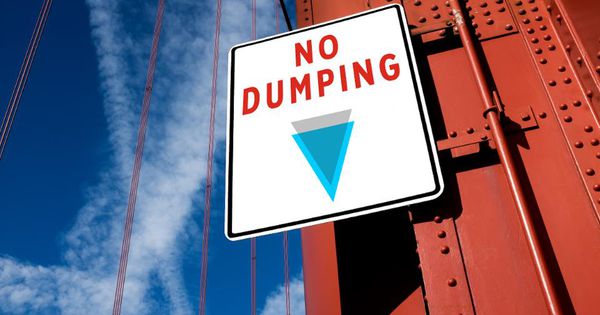 Verge is…on the verge. Of something. Nobody knows. But whatever it is, it has the cryptocurrency gamblers throwing money at what has now become a billion-dollar entity.

The Verge (XVG) coin rose 66% on Tuesday, the biggest mover of the top 50 traded cryptocurrencies. It all started with a message by one of its developers, nicknamed Sunerok, posted on YouTube.

Wearing a black baseball hat and a hoodie and speaking from what looks like someone’s living room, Sunerok jokingly thanked investors for the millions of dollars, adding “I packed my bags and am moving to my own little island with the funds you all donated.

” After the one liner, the Verge developer talked about a “partner.” No one knows who this partner is. Some say it’s Amazon (it’s probably not). Others say GoDaddy.

Verge is being quiet on it, but the coin has been moving higher on the news.
“We are going to announce the name of the partner on April 16 along with a global marketing campaign of the likes you have never seen before,” he says. “It’s going to change crypto in a really good way.

That date has now been pushed out to April 17.

Verge is billed as the cryptocurrency for people who love privacy, though one would assume that is mostly the point of cryptocurrency. Verge describes itself as an improvement upon the original Bitcoin blockchain systems.

The Verge coin, known by its ticker XVG, launched back in 2014 under the name DogeCoinDark. It was rebranded in 2016. Verge is an open-source software company with no real ownership.

Development and marketing comes from the crypto community, many of which are just looking for a five-cent cryptocurrency to hit a dollar. A year ago, XVG was worth less than a grain of sand.
According to players in this market, the partnership that Verge is slated to announce later this month is all “hype.

” But there are some variables to consider, including the partner being a relatively known global company with high-traffic websites in its portfolio.

No one doubts Verge has a partner. But for how long and how much cachet they can bring to XVG is a mystery.

Many crypto companies claim to be the next lords of privacy.

Can they survive hackers? Breaches of exchanges and other blockchain platforms tend to be huge negatives for coins, even those riding high on hype. (Shutterstock)
Anton Zapolskyi, CEO of crypto exchange Tradelize, says Verge raised less money than companies like Filecoin, which doesn’t have a working product yet. Verge does. “I think they provide pretty remarkable technological solutions through the wraith protocol,” he says.

The wraith protocol allows for users to switch between a public, open blockchain, and a private, closed blockchain. If the wraith protocol is turned on, for instance, the transaction data is hidden on the blockchain.
Maybe this is the Swiss bank of blockchains?
Or it’s the fear of missing out that has driven this coin so high so fast over the last few days. But since yesterday’s meteoric rise, Verge is back to tracking every other major digital currency and is in the gutter on Wednesday.

Much of the success of Verge hangs on this April announcement. The rest hangs on their coders’ ability to protect from hackers. Private blockchains and private cryptocurrencies may not be the ultimate draw.
“It’s easy to announce privacy solutions, but it’s quite another to survive attacks and deliver on the promises of privacy,” says Nolan Bauerle, head of research at CoinDesk.

Verge fell today on news that it was breached by hackers.
“Announcements are great for buzz. The Verge coin will only be worth something in the long run if their cryptographic system holds up,” Bauerle says. “Any announcement today must be measured by the delivery of privacy promises over the years to come. Track record is important. XVG is just one of many coins promising to deliver on these issues.”.